Anna Wilson-Jones (born 8 October 1970 in Woking, Surrey) is an English actress. She is probably best known for her roles as Juliet Miller in Hotel Babylon and main character Tim Bisley's ex-girlfriend Sarah in Spaced .

In 2000, she appeared as Sandra Harrison in the last episode of Inspector Morse , The Remorseful Day .

In 2004–05, she was in the Sky One television series Hex , as Jo Watkins, and in 2006 the Channel 4 adaptation of the novel Sugar Rush , as Anna. She has also appeared in As If , Monarch of the Glen , Wonderful You , Waterloo Road , Rosemary & Thyme in 2003 in the episode The language of flowers and Ashes to Ashes .

Wilson-Jones has also featured in Midsomer Murders in 2013, the ITV parapsychology drama afterlife in which she plays Jude Bridge, the former wife of Robert Bridge (played by Andrew Lincoln) and from June 2007 she appeared as Sally in an ITV drama serial The Time of Your Life .

In 2009 she joined the cast of Hotel Babylon as Juliet Miller, hotel general manager. [1]

In late 2011, she appeared in "The National Anthem", the first episode of the anthology series Black Mirror . [2] She also stars in "The Night Watch" based on the novel by Sarah Waters released in 2012 for the BBC. She plays the character of Julia Standing, a lesbian writer, who lives in London during the Second World War. Wilson-Jones has also featured in Misfits as Laura, in season 2. Also in 2011, she played Rosalind Rydell in two episodes of the first season of DCI Banks , "Cold is the Grave: Part 1" and "Cold is the Grave: Part 2". [3] [4]

In 2016, Wilson-Jones joined the cast of the ITV drama Victoria , playing the part of Emma Portman, Viscountess Portman, one of Queen Victoria's ladies-in-waiting. She has been a regular in all three series to date. [5] [6] She also served as the narrator for the novel Victoria, written by the television series' creator, Daisy Goodwin. [7]

She also played Davinia in Series 2 of the Channel 4 series PhoneShop . 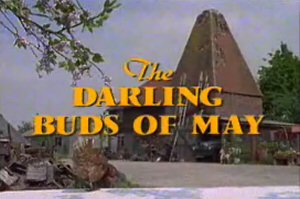 The Darling Buds of May is an English comedy drama television series, produced by Yorkshire Television for the ITV network, first broadcast between 7 April 1991 and 4 April 1993. It is an adaptation of the 1958 novel of the same name, and its sequels, by H. E. Bates.

Emily Sian Joyce is an English actress best known for playing the role of Janet Dawkins in the BBC comedy series My Hero, between 1999 and 2006. 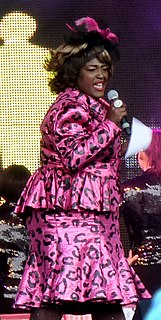 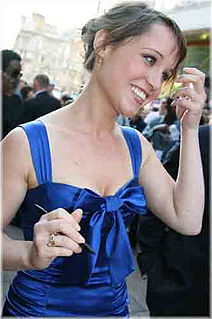 Scarlett Alice Johnson is an English actress, producer and drama teacher. She is best known for her roles as Vicki Fowler in the BBC soap opera EastEnders and Laura Derbyshire in the BBC Three sitcom Pramface. 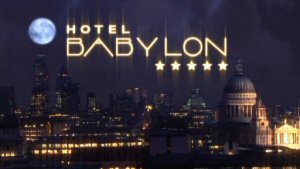 Hotel Babylon is a British television drama series based on the 2004 book of the same name by Imogen Edwards-Jones, that aired from 19 January 2006 to 14 August 2009, produced by independent production company Carnival Films for BBC One. The show followed the lives of workers at a glamorous five-star hotel. 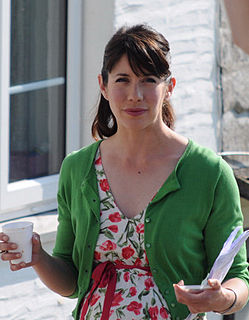 Caroline Catz is an English film, television, narrator, theatre, and radio actress, best known for her role as Louisa Glasson in Doc Martin since 2004. Her other roles have included Detective Inspector Kate Ashurst in Murder in Suburbia, Detective Inspector Helen Morton in DCI Banks, and PC Cheryl Hutchins in The Vice.

James Frederick Grenville Lance is an English actor, best known for his appearances in a number of British comedy series. He also starred in the 2009 ITV drama Boy Meets Girl, alongside Martin Freeman.

Daisy Beaumont is an English actress.

Celia Daisy Morna Haggard is a British actress and writer. She is known for her roles in the BBC sitcoms Uncle and Episodes. Haggard also stars in BBC Three’s critically-acclaimed comedy-drama, Back to Life, which she also created and co-wrote with Laura Solon. Since 2020, she has appeared alongside Martin Freeman as Ally in the FX series Breeders. 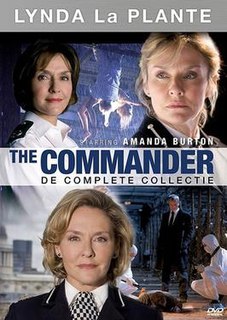 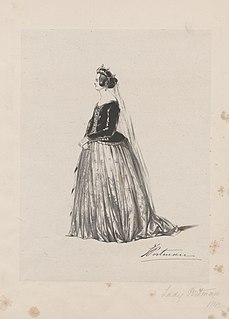 Emma Portman, Baroness PortmannéeLascelles; was a British aristocrat. She was the daughter of Henry Lascelles, 2nd Earl of Harewood and Henrietta Sebright.

Daisy Georgia Goodwin is an English writer and television producer. She has published several novels and eight anthologies of poetry.

Emma Jane Pierson is an English actress. She is best known for her role as Anna Thornton-Wilton in the BBC television drama Hotel Babylon.

Jade Williams is a British actress. 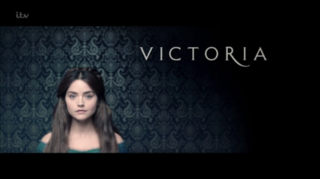 Victoria is a British historical television drama series created and principally written by Daisy Goodwin, starring Jenna Coleman as Queen Victoria. The series premiered in the United Kingdom on ITV on 28 August 2016 with eight episodes, and in the United States on PBS on 15 January 2017; PBS supported its production as part of the Masterpiece anthology.

Daisy Jessica Edgar-Jones is a British actress. She is best known for her role as Marianne in the miniseries Normal People, which earned her Critics' Choice and Golden Globe Award nominations. She appeared on British Vogue's 2020 list of influential women. Her other television roles include Cold Feet and War of the Worlds.