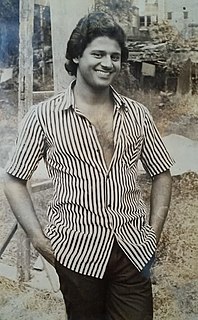 Jisshu Sengupta is an Indian actor, producer and television presenter, who predominantly works in Bengali films, with a few in Hindi and Telugu languages. Sengupta made his debut in showbiz through a Bengali TV series, Mahaprabhu where he portrayed the role of Chaitanya Mahaprabhu. The role overnight catapulted him to stardom. Subsequently, he made his big screen debut with Priyojon (1999), which became a debacle at box office. In 2002, he played Tagore in Sukanta Roy's ambitious venture Chelebela alongside Debashree Roy playing Kadambari Devi. He then appeared in a spate of critically and commercially unsuccessful projects. He made his Bollywood debut with Shyam Benegal's National Award winning film Netaji Subhas Chandra Bose: The Forgotten Hero (2004). A turning point came in his career when he collaborated with Rituparno Ghosh for the latter's Abohomaan, which earned him critical acclaim. His subsequent collaborations with Ghosh for films which include Noukadubi and Shob Charitro Kalponik brought him a higher degree of critical and commercial success. Sengupta's collaborations with other directors for films such as Jaatishwar enabled him to become one of the most sought out actors in Bengali cinema.

Gharjamai is a 2008 Bengali film Directed by Anup Sengupta. This Anup Sengupta film is not a plagiarised version of the Hindi Jamai Raja starring Anil Kapoor, Hema Malini and Madhuri Dixit.

Anu Choudhury is a leading Indian actress. She has starred in more than 65 films. Her debut Odia film was Maa Goja Bayani.

Tanima Sen is a Bengali film and television actress. 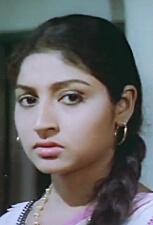 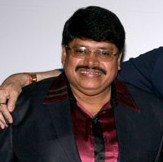 Dadar Adesh is a 2005 Bengali film directed by Anup Sengupta and produced by Anup Sengupta, Nimai Panja, Paban Kanoria, Piya Sengupta. The film features actors Prosenjit Chatterjee, Anu Chowdhury, Ranjit Mallick, Abhishek Chatterjee in the lead roles. Music of the film has been composed by Ashok Bhadra. The film is a remake of the 1996 Malayalam film Hitler, starring Mammootty and Shobhana.

Jeet is an Indian Bengali film actor, producer and television presenter. He made his film debut with a Telugu film, named Chandu that was released in 2001 which did not do that well at the box office. Further, Jeet moved on to do Bengali films and had his first breakthrough by portraying the lead character in Sathi. He has become one of the biggest stars Bengali cinema through the years, with films like - Awara, Boss: Born to Rule, Bachchan, Boss 2: Back to Rule, Game: he plays to win, Badsha - The Don, Inspector Nottyk, Jor, Beshi Korechi Prem Korechi, Fighter, Dui Prithibi, to his credit, all of them being Blockbuster.

Sajoni Aamar Sohag is a 2000 Bengali film directed by Anup Sengupta.The film waa produced by Rajkumar Kabra and Santu Sinha. It stars Prosenjit Chatterjee and Satabdi Roy. The film was a major commercial success banking on Chatterjee's stardom as well as his chemistry with Roy.