Backpacker is an American lifestyle magazine publication that features information on wilderness hiking and adventure. It has been published since 1973. Backpacker magazine is currently published by Outside and is based in Boulder, Colorado. [2]

Originally started in Bedford Hills, New York, the magazine moved to Emmaus, Pennsylvania in the late 1980s and then to Boulder in August 2007.

The first issue of Backpacker appeared in the spring of 1973. The first editor's note written by William Kemsley, the founding editor, explains that it took three years to put together the first issue of Backpacker, and that the founding editors worried that America in the early 1970s did not contain a backpacking community large enough to support a magazine. It also expresses Kemsley's goal to support the magazine primarily through subscriptions rather than advertising.

The Winter/Spring 2007 issue of the journal Appalachia includes an essay by Kemsley titled "How the 1970s Backpacking Boom Burst Upon Us,". [3] Kemsley discusses how he developed the idea to create a magazine about backpacking, and describes several critical moments supported the idea that an audience existed for such a magazine.

Backpacker was owned first by Kemsley, who sold it to Ziff Davis in 1980, which sold it to CBS Publishing. In the late 1980s, it was bought by Rodale, Inc., in Emmaus, Pennsylvania which also published Men's Health , Bicycling , Runner's World , and others. In May 2007, Rodale sold Backpacker to Active Interest Media and the magazine moved to Boulder, Colorado in August 2007. In 2021, Backpacker was acquired by Outside. [4]

In 2022 Outside shut down all print issues of Backpacker magazine. It is now a fully digital, video focused medium.

On May 17, 2007 Active Interest Media, an El Segundo, CA-based magazine publisher, announced that it would buy Backpacker magazine from Rodale, Inc. A May 10 article in the New York Post reported a sale price of $14.5 million. [7] Active Interest Media, which also publishes Yoga Journal and American Cowboy, moved Backpacker to Boulder, CO in the summer of 2007, with Jonathan Dorn as editor-in-chief. In 2013 Dennis Lewon became editor-in-chief.

Backpacker publishes nine issues per year, which includes an annual gear guide in April. Combined issues are published for December–January, February–March, and July–August. The magazine is divided into the service-centric Basecamp section (which won a National Magazine Award for 2005), a feature well, a gear review section, and concludes with maps of local trails corresponding to six regional editions. Every April Backpacker presents its "Editors Choice" awards to highlight the best gear of the year.

Starting in 2004 Backpacker began publishing regional editions of the magazine that include map cards for local trails. The regional concept developed from survey results that showed the magazine's readers were interested in hikes near where they lived. It discontinued these map cards in the April 2008 as part of their effort to become a 100% carbon neutral magazine. The regional sections are now on-line. An all digital version of the magazine was also made available.

In November 2006 Backpacker began posting podcasts and videos on its website to complement the content that appears in the magazine issues. Additional videos appear on Backpacker's YouTube channel.

In April 2007 Backpacker received its third National Magazine Award nomination in two years, this time in the single-topic issue category for its October 2006 "Survival" issue. National Magazine Awards are presented each May by the American Society of Magazine Editors, and are considered the magazine industry's highest editorial honor. Also in 2006 Backpacker received the MIN Best of the Web award in the Uses of Interactivity category for the backpacker.com/hikes website.

Backpacker is also used as part of the American Hiking Society's membership package.

Backpacker's primary competition in the magazine world includes Outside and Men's Journal .

Backpacking is the outdoor recreation of carrying gear on one's back, while hiking for more than a day. It is often an extended journey, and may involve camping outdoors. In North America tenting is common, where simple shelters and mountain huts, widely found in Europe, are rare. In New Zealand, hiking is called tramping and tents are used alongside a nationwide network of huts. Hill walking is an equivalent in Britain, though backpackers make use of a variety of accommodation, in addition to camping. Backpackers use simple huts in South Africa. Trekking and bushwalking are other words used to describe such multi-day trips. 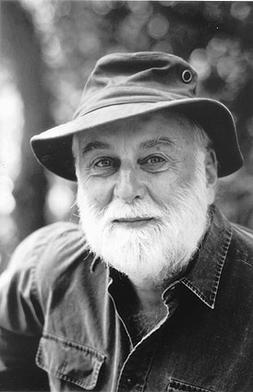 Colin Fletcher was a pioneering backpacker and writer. 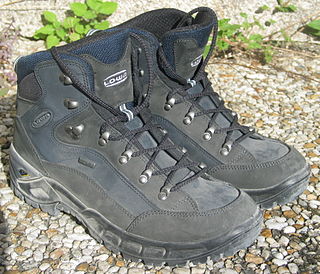 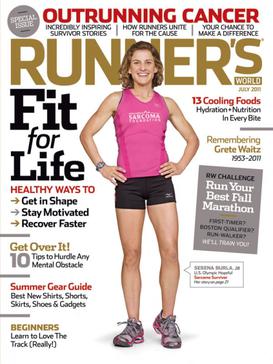 Kelty is a manufacturer of high-end backpacks, tents, and sleeping bags owned by Exxel Outdoors, LLC. The business is based in Boulder, Colorado. 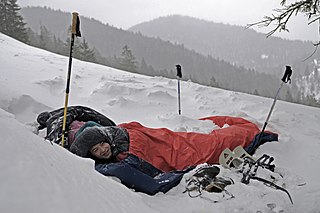 Ultralight backpacking is a subset of lightweight backpacking, a style of backpacking which emphasizes carrying the lightest and least amount of gear. While no technical standards exist, some United States hikers consider "ultralight" to mean an initial base weight of less than 4.5kg. Base weight is the weight of a fully loaded backpack at the start of a trip, plus the gear inside and outside it, excluding consumables such as food, water, and fuel. Base weight can be lowered by reducing the weight of individual items of gear, or by choosing not to carry that gear. Ultralight backpacking is most popular among thru-hikers—those hikers on extended trips requiring resupply.

Granite Gear is an American outdoor company that sells backpacks, along with hiking and portage accessories. The company was founded in 1986 by outdoorsmen Jeff Knight and Dan Cruikshank, based in Two Harbors, MN.

Andrew Skurka is an American professional backpacker who is best known for his two long-distance hiking firsts—the 6,875-mile Great Western Loop and the 7,778-mile Sea-to-Sea Route. He was named the 2007 "Adventurer of the Year" by National Geographic Adventure and the 2005 "Person of the Year" by Backpacker magazine.

GoLite is an outdoor hiking and backpacking gear company that relaunched as an apparel manufacturer under new ownership in 2018. Humanitarian and environmental initiatives are a key part of the new ownership. As of 2018, GoLite has donated 14,000 uniforms to help health care workers in Uganda and Guatemala using company fabric resources. The new sustainable clothing collection is intended to combine outdoor performance and athletic functionality. GoLite is headquartered in Seattle, WA.

Washington Trails Association (WTA) is a non-profit organization that advocates protection of hiking trails and wilderness, conducts trail maintenance, and promotes hiking in Washington state. Their principal values emphasize the benefits nature can have on the mind and body, the willingness people have to protect the trails they love, and the importance of ensuring that the outdoors is made accessible to all. Its offices are currently located on the corner of Second and Cherry in Downtown Seattle.

Backpacking with animals is the use of pack animals, such as a horse, llama, goat, dog, or donkey to help carry the weight of a backpackers gear during an excursion. These animals need special considerations when accompanying backpackers on a trip. Some areas restrict the use of horses and other pack animals. For example, Great Basin National Park does not allow domestic animals at all in backcountry areas.

Frostline Kits was a Colorado-based company that produced sew-it-yourself kits for outdoor gear including clothing and tents.

Gudrun "Gudy" Gaskill was an American mountaineer who is regarded as the driving force behind the creation of the Colorado Trail, a 567-mile (912 km) hiking, biking, and horseback riding path between Denver and Durango, Colorado. Beginning in the 1970s, she helped plan out the route, solicited donations, and recruited teams of volunteers to work in one-week shifts developing the Trail each summer. She was named executive director of the newly formed Colorado Trail Foundation in 1987. She was inducted into the Colorado Women's Hall of Fame in 2002.

Elizabeth Thomas is a thru-hiking champion and former women's unassisted speed record holder for the 2,181-mile (3,510 km) Appalachian Trail. She holds the hiking "Triple Crown," having completed the Appalachian Trail, Pacific Crest Trail, and the Continental Divide Trail. She is the pioneer of the Chinook Trail in Washington and the Wasatch Range in Utah. She is Vice President of the American Long Distance Hiking Association-West, an ambassador for the American Hiking Society, and an outdoors writer for Wirecutter, a New York Times publication. She is also Editor-in-Chief of Treeline Review, a hiking gear publication. As of 2018, she completed 20 long-distance wilderness hikes.

Bart Smith is an outdoor photographer who concentrates on documenting America's National Trails System. Over the course of more than 25 years, he became the first person to hike and photograph all of the 11 national scenic trails and to traverse all of the 19 national historic trails. The 30 national trails go through all 50 states, with a total mileage of more than 50,000 miles.

Karen Berger is an American writer, long-distance backpacker, and speaker. She is the author of adventure narratives, guidebooks, instructional books, and essays about the U.S. national scenic and historic trails, worldwide trails, and hiking and backpacking skills and techniques.

Outside Inc., formerly called Pocket Outdoor Media until February 2021, is an American company focused on sports and recreation, fitness and nutrition. It has various ventures such as Outside magazine, Outside TV, the Gaia GPS and Trailforks trail mapping apps, Climbing magazine, Peloton magazine, Rock & Ice magazine, Women's Running magazine and Yoga Journal. The company is headquartered in Boulder, Colorado.