Baldwin II was the son of Arnulf III, Count of Boulogne and succeeded his father as count circa 990. Both Arnulf III and his father Arnulf II had freed themselves of Flemish rule during the minority of Baldwin IV, Count of Flanders. [1] In 1022 both Baldwin and his son Eustace, along with the counts of Normandy, Valois, and Flanders, met with Robert II, King of France and formed an alliance against Odo II, Count of Blois who was challenging the king's authority. [2] But when Emperor Henry II died in July 1024 the alliance quickly fell apart as King Robert reconciled with count Odo II. [2] In the wake of these changing alliances and for reasons that remain unclear, Baldwin was killed in battle c. 1027 warring with Enguerrand I, Count of Ponthieu, who then wed Baldwin's widow. [3]

He married Adelina of Holland, possibly the daughter of Arnulf, Count of Holland [4] and Lutgardis of Luxemburg. [5] and was the father of: 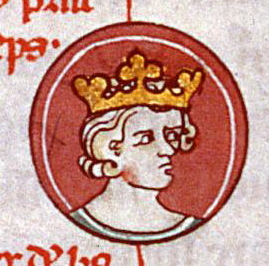 Eustace I, Count of Boulogne, was a nobleman and founder of the Boulogne branch of the House of Flanders. He held the county of Boulogne from 1024 until his death in 1049. 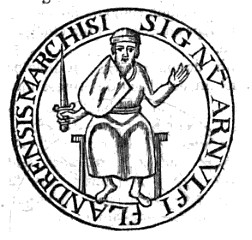 Arnulf I, called the Great, was the first Count of Flanders. 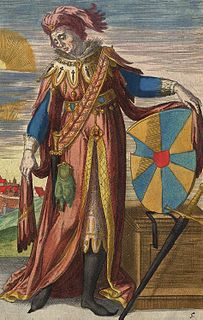 Arnulf II was Count of Flanders from 965 until his death.

Baldwin IV, called the Bearded, was the count of Flanders from 987 until his death. 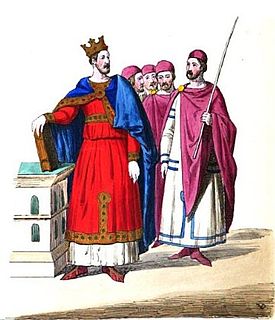 William of Mortain was Count of Mortain and the 3rd Earl of Cornwall.