Born in 1956 in Wiesbaden, Hogefeld joined the RAF in 1984, once she turned clandestine, long after its founding members Andreas Baader, Gudrun Ensslin and Ulrike Meinhof were dead. [1] She became the girlfriend of fellow RAF member Wolfgang Grams and moved in with him. [2]

On 27 June 1993, Hogefeld and Grams arrived at a train station in Bad Kleinen where a group of GSG 9 officers were waiting to arrest them (the officers had received a tip-off from a fellow GSG 9 officer who had infiltrated the RAF). According to the GSG 9 men, Hogefeld and Grams started firing at them on sight; Grams fatally shot an officer named Michael Newrzella. [2] According to the police Grams committed suicide and fell on the train tracks. However, it was suspected that Grams did not commit suicide but was shot by GSG 9 officers. [2] The Staatsanwaltschaft Schwerin investigated these allegations and concluded in January 1994 that they were incorrect. Grams' parents challenged this conclusion in court, but it was upheld by five different courts, including the European Court of Human Rights in 1999. Interior Minister Rudolf Seiters took responsibility for the poor conducting and postprocessing of the operation and resigned in July of the year, as well as Chief Federal Prosecutor, Alexander von Stahl.

Several terrorist activities that Hogefeld was later found guilty of by a Higher Court in Germany were;

Wolfgang Grams was a member of the Red Army Faction (RAF), a German far-left terrorist organisation.

Alfred Herrhausen was a German banker and the Chairman of Deutsche Bank, who was assassinated in 1989. He was a member of the Steering Committee of the Bilderberg Group and from 1971 onwards a member of Deutsche Bank's Management Board. An advisor to Helmut Kohl and a proponent of a unified European economy, he was also an influential figure in shaping the policies towards developing nations. He was assassinated, probably by the West German far-left terrorist group Red Army Faction, when an explosively formed projectile penetrated his armoured convoy. 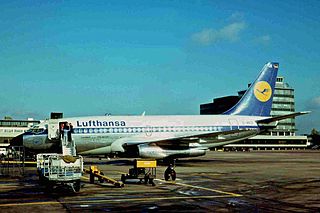 Lufthansa Flight 181 was a Boeing 737-230C jetliner named the Landshut that was hijacked on the afternoon of 13 October 1977 by four members of the Popular Front for the Liberation of Palestine, who called themselves Commando Martyr Halima. The objective of the hijacking was to secure the release of imprisoned Red Army Faction leaders in German prisons. In the early hours of 18 October, just after midnight, the West German counter-terrorism group GSG 9, backed by the Somali Armed Forces, stormed the aircraft in Mogadishu, Somalia, with 90 passengers rescued. The rescue operation was codenamed Feuerzauber. The hijacking is considered to be part of the German Autumn.

Michael Newrzella was a German police officer and member of GSG 9, the counter-terrorism and special operations unit of the German Federal Police, who was killed by the Red Army Faction.

Edward F. Pimental was an American soldier of the United States Army who was murdered by the Red Army Faction in West Germany.

The Rhein-Main Air Base bombing was a terrorist car bomb attack against the American Rhein-Main Air Base near Frankfurt am Main in West Germany on 8 August 1985. Two Americans were killed and 23 people, including Germans, were injured. The blast was powerful caused debris and damage to the base including to 30 vehicles, trees and windows.