Robert Joseph Hyland (born July 21, 1945 in White Plains, New York) is a former American football guard who played eleven seasons in the National Football League for the Green Bay Packers, Chicago Bears, New York Giants, and the New England Patriots. He played college football at Boston College and was drafted in the first round (ninth overall) of the 1967 NFL Draft. He played high school football at Archbishop Stepinac (Class of 1963).

In March 2011, Hyland ran as the Republican candidate for mayor of White Plains, New York, [2] in the wake of mayor Adam Bradley's resignation. [3] He was defeated by Thomas Roach.

White Plains is a city in Westchester County, New York, United States, and the eleventh-largest city in the state. An inner suburb of New York City, it is the county seat and commercial hub of Westchester, a densely populated suburban county that is home to approximately one million people. White Plains is located in south-central Westchester, with its downtown 25 miles (40 km) north of Midtown Manhattan. 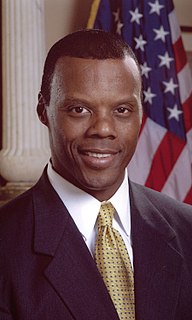 Julius Caesar Watts Jr. is an American politician, clergyman, and athlete. Watts was a college football quarterback for the Oklahoma Sooners and later played professionally in the Canadian Football League. He served in the U.S. House of Representatives from 1995 to 2003 as a Republican, representing Oklahoma's 4th Congressional District.

Each offseason, the National Football League commissions a draft consisting of both a standard and supplemental process for selecting remained for fifty years until 2015, where it began being held in a new location.

Lynn Curtis Swann is an American former football player, broadcaster, politician, and athletic director, best known for his association with the University of Southern California and the Pittsburgh Steelers. He served as the President's Council on Fitness, Sports, and Nutrition from 2002 to 2005. In 2006, he was the Republican nominee for Governor of Pennsylvania.

Jason Heath Sehorn is a former American football cornerback who played professionally in the National Football League (NFL) for the New York Giants from 1994 to 2002 and St. Louis Rams in 2003. He played college football at the University of Southern California (USC).

Gregory Carlton Anthony is an American former professional basketball player who is a television analyst for NBA TV and Turner Sports. He played 11 seasons in the National Basketball Association (NBA). Anthony also contributes to Yahoo! Sports as a college basketball analyst and serves as a co-host/analyst on SiriusXM NBA Radio. His son, Cole Anthony, plays for the Orlando Magic.

Jesse Craig James is a former American sports commentator on the ABC and ESPN television networks.

Anthony E. Gonzalez is an American politician and former American football wide receiver. He has served as the U.S. Representative for Ohio's 16th congressional district since 2019. 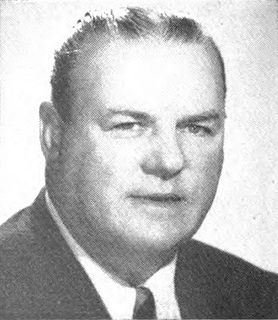 Edwin Benedict Dooley was a Republican member of the United States House of Representatives from New York.

The Rutgers Scarlet Knights football team represents Rutgers University in the Football Bowl Subdivision (FBS) of the National Collegiate Athletics Association (NCAA). Rutgers competes as a member of the East Division of the Big Ten Conference. Prior to joining the Big Ten, the team was a member of the American Athletic Conference from 1991 to 2013. Rutgers plays its home games at SHI Stadium, in Piscataway, New Jersey. The team is led by head coach Greg Schiano. The Rutgers Scarlet Knights football team is notable for playing in the first ever intercollegiate football game in 1869, in which they defeated Princeton University by a score of 6–4. For this reason, Rutgers is described as "the birthplace of college football."

Da'Quan Bowers is an American football coach and former professional gridiron football defensive end who is currently the defensive line coach at the University of South Florida. He was drafted by the Tampa Bay Buccaneers in the second round of the 2011 NFL Draft. He played college football at Clemson, where he earned unanimous All-American honors. He was also a member of the Edmonton Eskimos of the Canadian Football League (CFL). 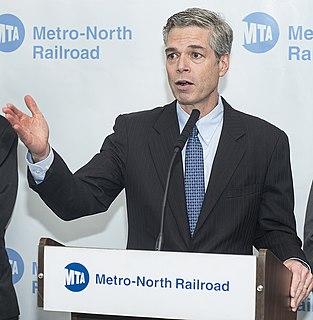 Harry Arista Mackey was an American football player and coach, lawyer, and politician. He served as the Mayor of Philadelphia from 1928 to 1932.

This article contains a timeline of the history of Cleveland, Ohio, United States.

The 2012 San Diego mayoral election was held on Tuesday, November 6, 2012, to elect the mayor for San Diego. Incumbent mayor Jerry Sanders was term-limited and ineligible to run for re-election.

Noam Bramson is an American politician from the state of New York. He is the mayor of New Rochelle, New York, and has served since being appointed in January 2006 to complete the unexpired term of Mayor Timothy C. Idoni. Bramson was reelected in 2011 with 79% of the vote.