Bridget Jane Fonda (born January 27, 1964) is an American former actress. She is known for her roles in The Godfather Part III (1990), Single White Female (1992), Singles (1992), Point of No Return (1993), It Could Happen to You (1994), Jackie Brown (1997), and A Simple Plan (1998). She is the daughter of Peter Fonda, niece of Jane Fonda, and granddaughter of Henry Fonda. Fonda was nominated for a Golden Globe Award for Best Supporting Actress for playing Mandy Rice-Davies in the 1989 film Scandal and provided the voice for Jenna in the 1995 animated feature film Balto . She received an Emmy Award nomination for the 1997 TV film In the Gloaming , and a second Golden Globe Award nomination for the 2001 TV film No Ordinary Baby .

Fonda was born on January 27, 1964, in Los Angeles, California, to a family of actors, including her grandfather Henry Fonda, father Peter Fonda, and her aunt Jane Fonda. Her mother, Susan Jane Brewer, is an artist. She is named after actress Margaret Sullavan's daughter Bridget Hayward. [1] Her maternal grandmother, Mary Sweet, married businessman Noah Dietrich. [2]

Fonda became involved with the theatre when she was cast in a school production of Harvey . She studied method acting at the Lee Strasberg Theatre Institute as part of New York University's Tisch School of the Arts acting program [4] and graduated from NYU in 1986. [5]

She made her movie debut at age five (filmed at age four) in Easy Rider (1969) as a child in the hippie commune that Peter Fonda and Dennis Hopper visit on their trek across the United States. [6] Her second (non-speaking) part was in the 1982 comedy Partners . In  1988, she got her first substantial film role in Scandal , and appeared in You Can't Hurry Love and  Shag .

Her breakthrough role was as a journalist in The Godfather Part III , released in late 1990. After gaining additional work experience in a few theater productions, she was cast in the lead in Barbet Schroeder's Single White Female , followed by a role in Cameron Crowe's ensemble comedy Singles (both 1992).

Fonda starred in 1993's Point of No Return , an American remake of the 1990 French film Nikita . A review in The New Yorker cited her "provocative, taunting assertiveness". In 1997, she was on the same flight as Quentin Tarantino when he offered her the part of Melanie in Jackie Brown . She starred in Lake Placid (1999), and was also reportedly offered the lead, eponymous role in the television series Ally McBeal , but turned it down to concentrate on her film career. [7]

In 2001, Fonda starred with Jet Li in the action thriller film Kiss of the Dragon . Her final film role was in the 2001 movie The Whole Shebang . Her final role overall was the title role in the TV movie Snow Queen in 2002, and she has not appeared on screen since, having retired from acting. [8]

Fonda met Eric Stoltz in 1986 and they began dating in 1990. The relationship ended after eight years. [9]

On February 27, 2003, she suffered a serious car crash in Los Angeles that caused a fracture in a vertebra. [10] In March of the same year, she became engaged to film composer and former Oingo Boingo frontman Danny Elfman, and they married in November. [11] In 2005, they had a son together. [12] [13] 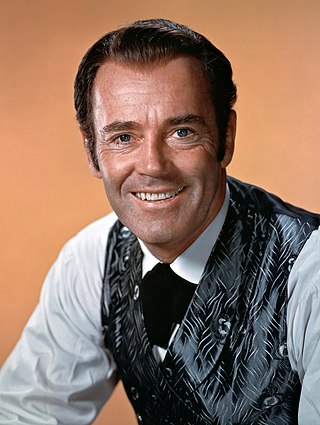 Henry Jaynes Fonda was an American actor. He had a career that spanned five decades on Broadway and in Hollywood. He cultivated an everyman screen image in several films considered to be classics. 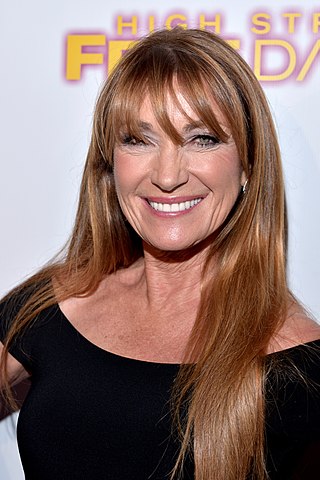 Jane Seymour is an English actress. After making her screen debut as an uncredited extra in the 1969 musical comedy Oh! What a Lovely War, Seymour transitioned to leading roles in film and television, including a leading role in the television series The Onedin Line (1972–1973) and the role of psychic Bond girl Solitaire in the James Bond film Live and Let Die (1973). 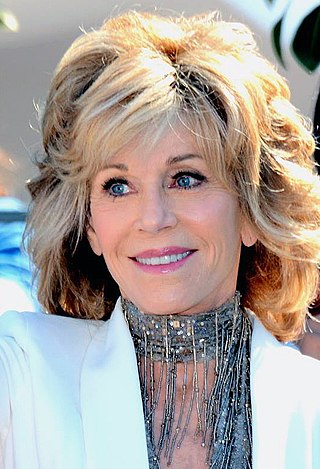 Susan Hallock Dey is a retired American actress, known for her television roles as Laurie Partridge on the sitcom The Partridge Family from 1970 to 1974, and as Grace Van Owen on the drama series L.A. Law from 1986 to 1992. A three-time Emmy Award nominee and six-time Golden Globe Award nominee, she won the Golden Globe for Best Actress in a Drama Series for L.A. Law in 1988. 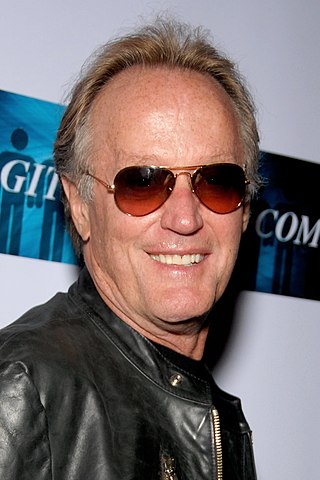 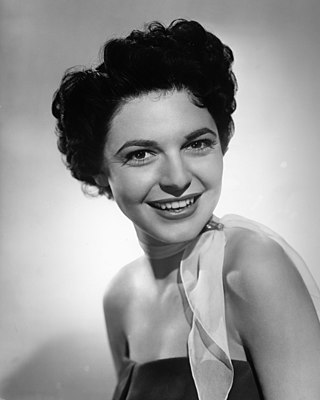 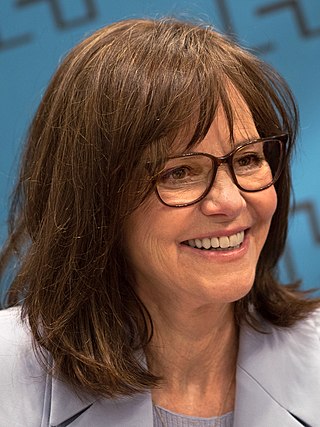 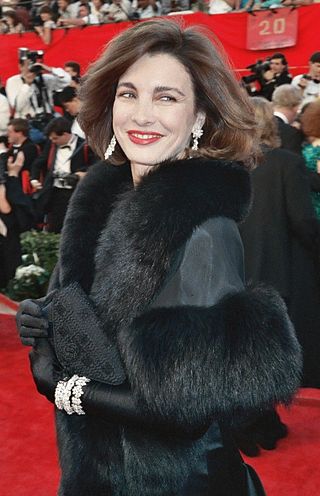 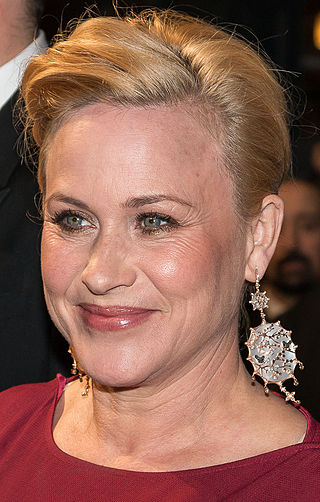 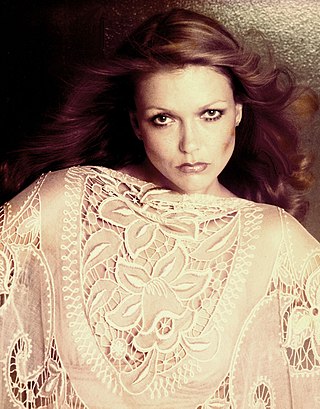 Susan Blakely is an American actress and model. She is best known for her leading role in the 1976 ABC miniseries Rich Man, Poor Man, for which she received a Golden Globe Award for Best Actress – Television Series Drama. Blakely also has appeared in films including The Towering Inferno (1974), Report to the Commissioner (1975), Capone (1975), The Concorde ... Airport '79 (1979) and Over the Top (1987). 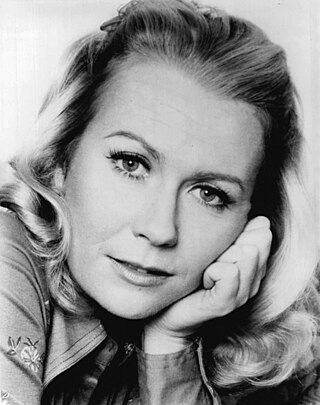 Juliet Maryon Mills is an English-American actress. She is the daughter of actor Sir John Mills and Mary Hayley Bell and the eldest of three siblings; her younger siblings are actress Hayley Mills and director Jonathan Mills. 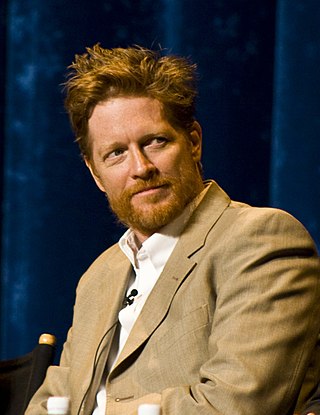 Eric Cameron Stoltz is an American actor, director and producer. He played the role of Rocky Dennis in the biographical drama film Mask, which earned him the nomination for the Golden Globe Award for Best Supporting Actor in a Motion Picture, and has appeared in a wide variety of films from mainstream ones including Some Kind of Wonderful to independent films such as Pulp Fiction, Killing Zoe and Kicking and Screaming. He was nominated for the Independent Spirit Award for Best Supporting Male for his performance in Pulp Fiction. In 2010, he portrayed Daniel Graystone in the science fiction television series Caprica and became a regular director on the television series Glee. 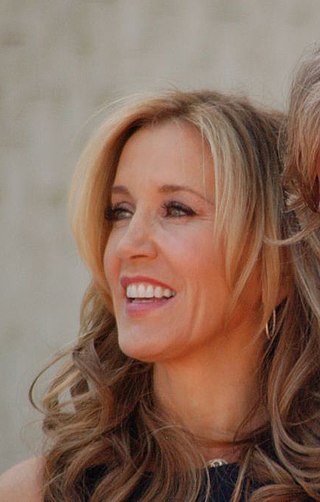 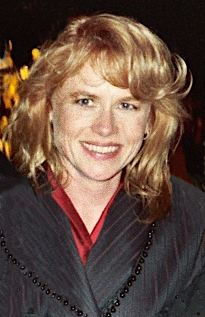 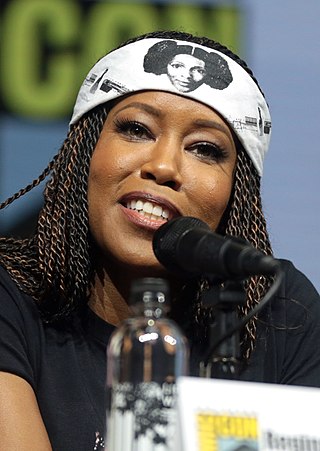 Regina Rene King is an American actress and director. She is the recipient of various accolades, including an Academy Award, a Golden Globe Award, and four Primetime Emmy Awards. In 2019, Time magazine named her one of the 100 most influential people in the world.

Troy Garity is an American film actor. He is primarily known for his role as Isaac in the Barbershop film series and as Barry Winchell in the television movie Soldier's Girl (2003), where he was nominated for a Golden Globe Award for Best Actor – Miniseries or Television Film. 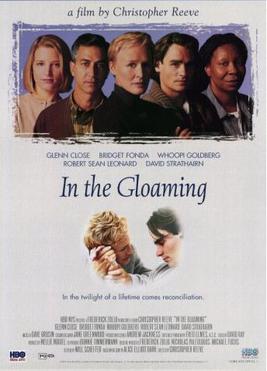 In the Gloaming is a 1997 American made-for-television drama film written by Will Scheffer and directed by Christopher Reeve in his directorial debut. It stars Robert Sean Leonard, Glenn Close, David Strathairn, Bridget Fonda and Whoopi Goldberg. The movie is based on a New Yorker short story written by Alice Elliott Dark. The film premiered on HBO on April 20, 1997. It won four CableACE Awards and was nominated for five Primetime Emmy Awards.

No Ordinary Baby, also known as After Amy, is a 2001 television film starring Bridget Fonda. The film revolves around a reporter played by Fonda covering the birth of the first cloned human and the public furor that ensues, along with reputation troubles faced by the doctor involved. Fonda was nominated for the best actress award at the 2002 Golden Globes for her role in the film. 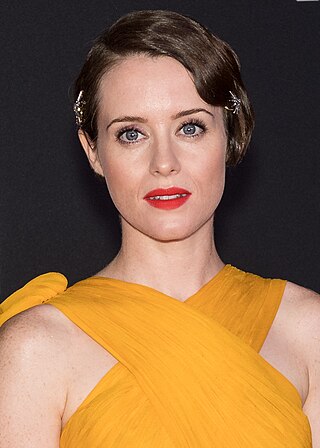 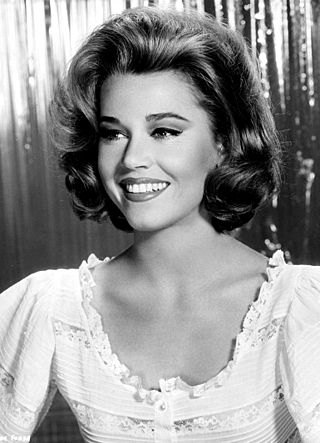 The following is a complete Jane Fonda filmography. An American actress, writer and former fashion model and fitness guru, Fonda has won two Academy Awards, for Klute (1971) and Coming Home (1978).

Wikimedia Commons has media related to Bridget Fonda .
This page is based on this Wikipedia article
Text is available under the CC BY-SA 4.0 license; additional terms may apply.
Images, videos and audio are available under their respective licenses.