Bryce Wilson (born October 7, 1972) is an American record producer/entrepreneur and actor. He was formerly half of late 1990s duo Groove Theory, and former artist on the early 1990s dance music/electro hip-hop band Mantronix.

Following the departure of electro funk/old school hip hop group Mantronix's original rapper MC Tee, Wilson, (then known as Bryce "Luvah", or MC Luvah), and D.J. D, the cousin of the remaining Mantronix member, Kurtis Mantronik, joined Mantronix for 1990's This Should Move Ya . The album spawned two top-10 hits on the British singles chart, "Got to Have Your Love" at #4, and "Take Your Time" at #10. In the United States, the album reached #61 on the Top R&B/Hip-Hop Albums chart. [2] Wilson was the primary rapper on all of the rap-based tracks that appeared on the album, and was responsible for the lyrical content.

Following the demise of Mantronix, Wilson paired with Amel Larrieux to form the duo Groove Theory. In 1995, the group released its self-titled debut album Groove Theory . The album featured the hit, gold certified single "Tell Me" which reached #5 on the Billboard Hot 100 and #3 on the R&B chart.

The Makeda Davis-Bryce Wilson Groove Theory line-up released one EP, 4 Shure, in 2000, which was the last recording released by the group. [5]

In 1996, he collaborated with Babyface, and the two co-produced "You're Makin' Me High," a smash hit single for Toni Braxton that went #1 on both the R&B and Pop charts. He also appeared in the video as Toni's love interest. Wilson produced for Brandy's fifth studio album, released in 2008. Bryce has achieved two Billboard number ones as a writer in 2015, Secondcity's "I wanna feel", which went #1 in the UK and No. 2 on billboard dance charts and Wale's "The glass egg".[ citation needed ]

Since 1995, when he made a guest appearance with Groove Theory on an episode of the television drama New York Undercover , he has acted in a variety of films and television shows. He appeared as James in Beauty Shop (2005). [6]

Mantronix was an influential 1980s hip hop and electro funk music group from New York City. The band was formed by DJ Kurtis Mantronik and rapper MC Tee. The group is primarily remembered for its pioneering blend of old school hip hop, electronic, and club music. They underwent several genre and line-up changes during its seven-year existence between 1984 and 1991, and released five albums beginning with their 1985 debut Mantronix: The Album.

New jack swing, new jack, or swingbeat is a fusion genre of the rhythms and production techniques of hip hop and dance-pop, and the urban contemporary sound of R&B. Spearheaded by producers Teddy Riley and Bernard Belle, new jack swing was most popular from the mid-1980s to mid-1990s. Its influence, along with hip hop, seeped into pop culture.

Electro is a genre of electronic music and early hip hop directly influenced by the use of the Roland TR-808 drum machines, and funk. Records in the genre typically feature drum machines and heavy electronic sounds, usually without vocals, although if vocals are present they are delivered in a deadpan manner, often through electronic distortion such as vocoding and talkboxing. This is the main distinction between electro and previously prominent genres such as disco, in which the electronic sound was only part of the instrumentation. It also palpably deviates from its predecessor boogie for being less vocal-oriented and more focused on electronic beats produced by drum machines. 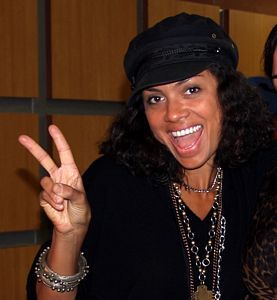 Amel Eliza Larrieux is an American singer-songwriter and keyboardist. Larrieux rose to fame in the mid-1990s as a founding member of the duo Groove Theory along with Bryce Wilson. After leaving the group in 1999, she released her debut solo album, Infinite Possibilities, the following year on Epic Records.

Kurtis el Khaleel, known by the stage name Kurtis Mantronik, is a Jamaican-born hip hop and electronic-music artist, DJ, remixer, and producer. He was the leader, DJ, and keyboardist of the influential 1980s hip hop and electro-funk group Mantronix. He currently lives in South Africa, where he has produced and remixed house and techno music tracks by artists such as India, Junior Senior, Kylie Minogue, Fatboy Slim, The Chemical Brothers, Michael Gray, Victoria Beckham, Liberty X, and Mim. Mantronik was influential in the development of hip hop music: notably, he laid the foundations for Southern hip hop genres such as Miami bass and trap music, and helped popularize the Amen break.

Groove Theory is an American duo, with former member, singer-songwriter Amel Larrieux and songwriter/producer/actor, Bryce Wilson. The group is best known for their 1995 hit "Tell Me", which reached the top five of Billboard's Hot 100 and the US Billboard R&B chart.

"You're Makin' Me High" is the lead single from American singer Toni Braxton's second studio album, Secrets (1996). This mid-tempo song represents a joint collaboration between the Grammy Award-winning producer Babyface and Bryce Wilson, and was issued in the United States as a double A-side with "Let It Flow", the airplay hit from the 1995 film Waiting to Exhale. The beat of the song was originally for singer-songwriter Brandy, with Dallas Austin pegged to write a lyric to override; however, Braxton had Babyface write lyrics for the song. 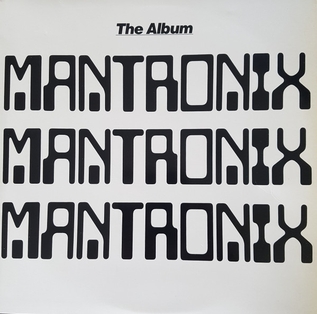 The Album is the debut album by the group Mantronix. 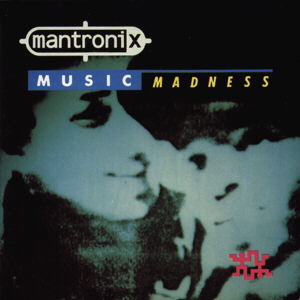 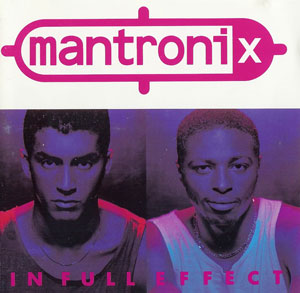 This Should Move Ya is the fourth album by old school hip hop/electro funk group Mantronix, and the second Mantronix album released on Capitol Records. This Should Move Ya featured new members Bryce "Luvah" Wilson and Kurtis Mantronik’s cousin D.J. D, who joined founding member Mantronik following the departure of rapper MC Tee.

Jade Trini Goring, formerly known by the stage name Jade Trini, is an American singer. Goring was also briefly a member of the electronic/house/old school hip hop group Mantronix, in 1991. 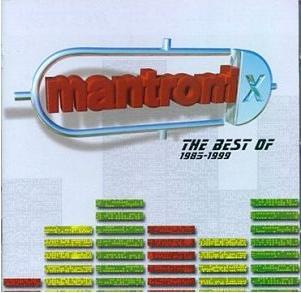 The Best of Mantronix 1985–1999 is a compact disc compilation album by hip hop/electro-funk group, Mantronix. The album was released by Virgin Records on March 15, 1999. 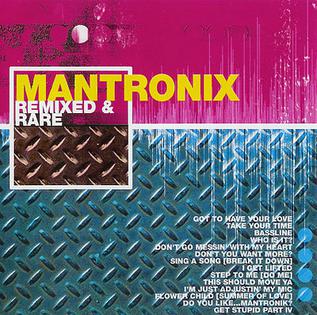 Remixed & Rare is a compact disc compilation album by old school hip hop/electo funk group Mantronix. The album was released by EMI Gold on May 25, 2004.

The Ultra Selection is a compact disc compilation album by old school hip hop/electo funk group Mantronix. The album was released on the Disky Communications label on March 14, 2005.

"Got to Have Your Love" is a song by American hip hop and electro funk group Mantronix, featuring vocals from American recording artist Wondress. It was written by band members Bryce Wilson and Kurtis Mantronik along with Johnny D. Rodriguez, and produced by Mantronix.

"Keep Tryin'" is a song by American R&B group Groove Theory recorded for their debut album Groove Theory (1995). The song was released as the album's second single in January 1996.