Castle Communications was acquired by American music distributor Alliance Entertainment (which at the time owned Concord Records and NCircle Entertainment) in 1994 [2] and then by Sanctuary Records Group [3] in 2000. The label was dissolved when Sanctuary became a Universal Music Group subsidiary in 2007. [4] [5] Since 2013 Sanctuary has been owned by BMG Rights Management, with global distribution handled by Warner Music Group. [6]

Starting out as a mid-price catalogue reissue specialist, with labels including The Collector Series and Dojo, it grew into the largest European owner of repertoire outside the major record companies. It purchased catalogues including Pye, Piccadilly, Bradley's, Bronze, Black Sabbath, Sugar Hill, [7] Transatlantic, Beserkley, All Platinum and Solar. They possessed most of the Transatlantic and Trailer catalogue.

Starting in the early 1980s, they released compilations and reissued work by Fairport Convention, John Renbourn, Barbara Dickson, Steeleye Span, the Watersons, Richard Thompson, Geoff Turton and many others. They also diversified to reissue several early albums by the Fall as well as "Pink Years" and "Blue Years" albums by Tangerine Dream, and compilations by Nurse with Wound and Current 93. They have also released a comprehensive compilation featuring songs by Canadian rock band, Triumph.

In the 1980s they were notable for releasing many heavy metal compilations albums under the series name Metal Killers. Interest in these licensed releases led them to form their own heavy metal imprint Raw Power, to sign and promote new rock acts, rather than to just license older product from other more established labels. The first signing to the Raw Power label was the NWOBHM act Hell's Belles, releasing their debut album and single in 1985. After several years, the Raw Power imprint was retired with the decline of heavy metal in the UK.

Castle Vision was Castle Communications' home video distributor arm. It released many videotapes, including TUGS , The Raggy Dolls , Tumbledown Farm, Alvin and the Chipmunks , You've Been Framed! , the Men of our Time series (documentaries about Hitler, Lenin, Gandhi and Kennedy), a documentary called Falklands War: The Untold Story, The Fugitive , Harry's Game as well as movies Bill & Ted's Excellent Adventure and Phantom of the Opera which were distributed via CBS/Fox Video 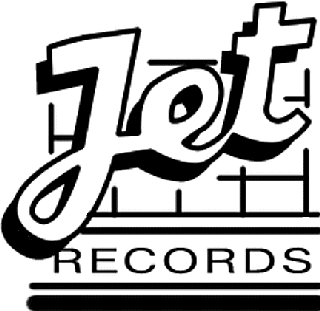 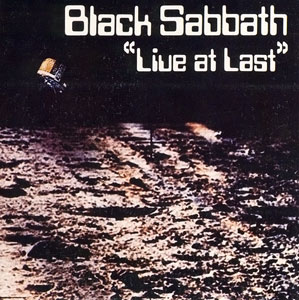 Live at Last is a 1980 live album by English heavy metal band Black Sabbath. Despite its wide distribution and success, the album was released without the permission or knowledge of the band, and is thus regarded in some quarters as an unofficial bootleg live album. The album was, however, released legally by the band's former manager Patrick Meehan who owned the rights to the recording. The album was re-released with the approval of the band on 27 September 2010.

Music For Nations is a British independent record label focusing mainly on rock and metal. It was a subsidiary of the larger label distributor Zomba Records, which was a division of BMG and later Sony Music Entertainment.

Sugar Hill Records was a record label specializing in hip hop music that was founded in 1979 by husband and wife Joe and Sylvia Robinson with Milton Malden and funding from Tony Riviera and Morris Levy, the owner of Roulette Records.

Revolver Music, or Revolver Records, was created by Paul Birch in 1979 as a guitar music label. Its sister labels are FM Records and Heavy Metal Records.

Razor & Tie is an American entertainment company that consists of a record label and a music publishing company. It was established in 1990 by Craig Balsam and Cliff Chenfeld. Based in New York City, Razor & Tie releases are distributed by Universal Music Group.

The Collection is a double CD compilation album of the all-female British heavy metal band Girlschool. The album was released in 1998 by Renaissance Records, under licence from Castle Communications, and reissued in 2000 by Sanctuary Records, of which Castle had become a subsidiary. Castle was the owner of Girlschool back catalogue, acquired from Bronze and GWR.

The discography of Girlschool, a British all-female heavy metal band, spans over 30 years of a career and consists of thirteen studio albums, six EPs and a large number of compilations. The band was formed in 1978 by Kim McAuliffe, Enid Williams, Kelly Johnson and Denise Dufort. Their first release was the single "Take It All Away" for the small British rock/punk label City Records. The song did not chart, but came to the ear of Lemmy Kilmister and of Motörhead manager Doug Smith, who made Girlschool the supporting band on the Overkill tour and managed to get them a contract with the wealthy label Bronze Records.