Chandos Records is a British independent classical music recording company based in Colchester. It was founded in 1979 by Brian Couzens. [1] [2]

Chandos Records arose from a band music publisher Chandos Music, founded in 1963, and Chandos Productions, a record production company which produced LPs for Classics for Pleasure, and, especially, RCA's work in the UK. [3] Its first record was Bloch's Sacred Service (ABR1001). Important early recordings were made with Mariss Jansons, Nigel Kennedy and the King's Singers – before they moved to bigger contracts with EMI. [3]

In 2005, Chandos Records was the first classical label to offer mp3s on its website. They now run The Classical Shop with over 45 labels on offer, including Naxos, LSO Live, Coro, Avie, Onyx, Alpha and many rarer European labels, which are not available in physical format in the UK.[ citation needed ]

The name "Chandos" refers to James Brydges, 1st Duke of Chandos (1674–1744), at whose Palladian-style house, Cannons, the composer Handel was engaged as a composer-in-residence for a year (1717–1718). In addition to the eleven Chandos Anthems , Handel also wrote other works, including Acis and Galatea , at Cannons. The company originally had its office in Chandos House, Chandos Place, London SW1, the street name derived from the Duke.[ citation needed ]

The Chandos catalogue contains a range of classical music – for example, much orchestral, choral and chamber music by such lesser-known British composers as Herbert Howells, Gerald Finzi, Charles Villiers Stanford and Arnold Bax, conducted by eminent conductors including Richard Hickox, Gianandrea Noseda, Neeme Järvi and Vernon Handley. They also specialise in early music, on their label Chaconne, with performances by artists such as the Purcell Quartet, Collegium Musicum 90 and Sophie Yates. Chandos is also known for its Movies series, preserving previously lost film scores. In 1990 they launched the Opera in English label, in association with the Peter Moores Foundation, [1] which has resulted in over 80 recordings.

Recordings released by Chandos have won many awards including "Gramophone Record of the Year" for Vaughan Williams's A London Symphony with the London Symphony Orchestra, and "Gramophone Choral Recording of the Year" for Hummel Masses. Chandos recordings have received five Grammy Awards: "Best Opera Recording" in 1997 for Britten's Peter Grimes and in 2008 for Engelbert Humperdinck's Hansel and Gretel , "Best Engineered Classical Album" in 2008 for Gretchaninov's "Passion Week" and in 2013 for "Life and Breath" by the Kansas City Chorale, and "Best Choral Performance" for "Life and Breath." [4] [5]

They have recording partnerships with, among others, the BBC Philharmonic Orchestra and pianists Jean-Efflam Bavouzet and Louis Lortie. The late conductor Richard Hickox was many times a Gramophone winner with Chandos recordings.

Sir Arnold Edward Trevor Bax, KCVO was an English composer, poet, and author. His prolific output includes songs, choral music, chamber pieces, and solo piano works, but he is best known for his orchestral music. In addition to a series of symphonic poems, he wrote seven symphonies and was for a time widely regarded as the leading British symphonist.

Paavo Järvi is an Estonian-American conductor.

The Orchestre de la Suisse Romande (OSR) is a Swiss symphony orchestra, based in Geneva at the Victoria Hall. In addition to symphony concerts, the OSR performs as the opera orchestra in productions at the Grand Théâtre de Genève. 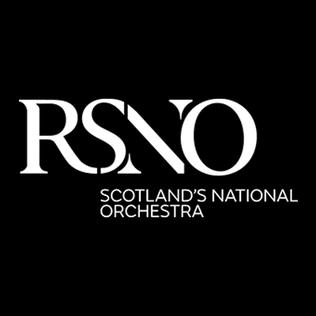 Vernon George "Tod" Handley was a British conductor, known in particular for his support of British composers. He was born of a Welsh father and an Irish mother into a musical family in Enfield, Middlesex. He acquired the nickname "Tod" because his feet were turned in at his birth, which his father simply summarised: "They toddle". Handley preferred the use of the name "Tod" throughout his life over his given names. 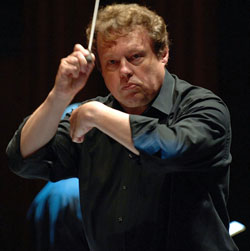 Richard Sidney Hickox was an English conductor of choral, orchestral and operatic music.

Estonian National Symphony Orchestra is the leading orchestra in Estonia and is based in the capital Tallinn. The orchestra traces it roots to 18 December 1926, the first concert broadcast by Tallinn Radio. The broadcast concert was performed by an ENSO predecessor, a trio headed by Hugo Schütz. The ensemble's ranks grew steadily, and by 1939 the Radio Broadcasting Symphony Orchestra included 39 performers. In addition to radio concerts, the public enjoyed live symphonies presented by the orchestra in conjunction with guest artists from the Estonia Theatre. In 1939, one of Estonia's most outstanding musical figures of the day, Olav Roots, accepted the role of orchestra director. With Roots as director, the Orchestra continued to perform symphonies in Tallinn throughout the WWII period.

The Hallé Choir is a large symphonic chorus of around 170 singers based in Manchester, England. It was founded as Manchester Choral Society alongside the Hallé Orchestra in 1858 by Sir Charles Hallé. The choir gives around ten concerts a year with The Hallé at The Bridgewater Hall and other venues across the UK. Appearing with international conductors and soloists in concert and recordings, the choir performs a repertoire of major choral and operatic works ranging from mainstream pieces to more esoteric pieces and commissions. 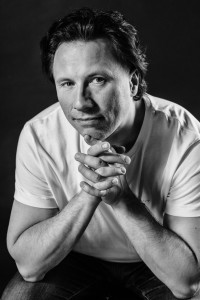 Kristjan Järvi is an Estonian American conductor, composer and producer born in Estonia, younger son of the conductor Neeme Järvi and brother of conductor Paavo Järvi and flautist Maarika Järvi. 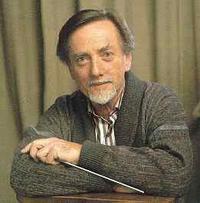 Bryden Thomson was a Scottish conductor remembered especially for his championship of British and Scandinavian composers. His recordings include influential surveys of the orchestral music of Hamilton Harty and Arnold Bax. He was principal conductor of several British orchestras, including the Ulster Orchestra, which flourished under his tenure.

Susan Gritton is an English operatic soprano. She was the 1994 winner of the Kathleen Ferrier Award and has sung leading roles in a wide-ranging repertoire from Handel and Mozart to Britten, Janáček and Strauss. 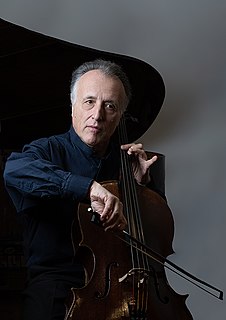 Raphael Wallfisch is an English cellist and professor of cello. He performs as a soloist with orchestras, together with duo partner John York (piano), or as member of the trio „Shaham Erez Wallfisch“. He has recorded more than 70 of the most important cello works.

Martyn Charles Brabbins is a British conductor. The fourth of five children in his family, he learned to play the euphonium, and then the trombone during his youth at Towcester Studio Brass Band. He later studied composition at Goldsmiths, University of London. He subsequently studied conducting with Ilya Musin at the Leningrad Conservatory.

The Kansas City Chorale is a professional 27-voice chorus conducted by Charles Bruffy. They perform a four concert series in Kansas City, tour nationwide, and perform with their sister choir, the Phoenix Chorale, also conducted by Mr. Bruffy. During his tenure as conductor, the chorus has achieved international acclaim. Mr. Bruffy, renowned for his fresh interpretations of both traditional and new music, was noted by The New York Times as a disciple of the late Robert Shaw.

David Balakrishnan is the founder of the Turtle Island Quartet.

Lydia Mordkovitch was a Russian violinist.

Brighton Festival Chorus is a large choir of over 150 amateur singers based in Brighton, UK. One of the country's leading symphony choruses.., and considered "one of the jewels in the city's musical crown", BFC performs in major concert halls throughout Britain and Europe, particularly in Brighton and London.