Coconut Hero is a German-Canadian comedy film directed by Florian Cossen and released in 2015. [1] Coconut Hero premiered on March 18, 2015 at the Carlton Cinema in Toronto where it screened for two consecutive weeks. Following its premiere, on March 25, Coconut Hero was shown for one week in Ottawa's ByTowne Cinema. [2]

Coconut Hero follows the story of Mike Tyson (not to be confused with Mike Tyson); a 16 year old student living in the Canadian town of Faintville. The film begins with Mike trying, and failing, to commit suicide. After surviving his suicide attempt, Mike soon finds out that he has a deadly tumor. Initially, the tumor appears as a godsend in Mike's mind as he becomes increasingly preoccupied with the desire and development of a mission to find a way to end his life. This mission is reinforced by his religious figure's encouragement for Mike to find a plan for himself and follow through with it.

After finding out about his tumor, Mike meets Miranda and his priorities in life change from his morbid preoccupation, to spending time with and learning about his new love interest. Soon after, Mike also meets his father; a figure that had been absent in his life until this point in time. Cynthia, his mother, objects to his father's sudden return, but becomes closer to him after learning that Mike has planned against getting surgery to remove his tumor: the only means of saving his life.

Mike becomes overwhelmed with the conflict between choosing to fulfill his wishes of ending his life versus his thoughts and feelings surrounding his new relationship with Miranda. These feelings lead Mike into making a spontaneous decision to run away with Miranda on a road-trip. After witnessing Miranda being struck by a car and suffering an unfortunate death whilst still on their trip together, Mike decides to get the surgery that will remove his tumor. Ultimately, Mike chooses life.

The director, Florian Cossen, is a German-Canadian and pays homage to a large portion of his youth spent in a small Canadian city by filming Coconut Hero within Canada in a similarly small town. [3] Coconut Hero was filmed in 2014 in Sault Ste. Marie, Ontario, a town in northern Ontario. [4] The filming of Coconut Hero also took the cast to Germany for two days, after spending six weeks in Sault Ste. Marie.

The film is a German-Canadian co-production from Toronto's Six Island Productions and Germany-based UFA Fiction. Search Engine Films out of Toronto distributed the movie out of Canada. [2]

Barry Hertz of The Globe and Mail praises Florian Cossen's ability to cast an impressive number of European actors for a small film, but describes the film's plot by saying "there's nothing new here that hasn't been mined, ahem, to death in other, similar genre entries". [5]

Harald Mühlbeyer, a German critic from the 2015 Munich Film Festival, explains that the title is confusing and generally unrelated to the content of the film itself, but is quoted as saying that overall, Coconut Hero is a good film: "[The title] is the only mistake in this outstanding one masterpiece", as translated from German. [6]

In 2015, Coconut Hero was nominated for the Golden Eye Award at the Zurich Film Festival. The film was later nominated in the New Directors Competition Category in 2016 at the Seattle International Film Festival. [7] 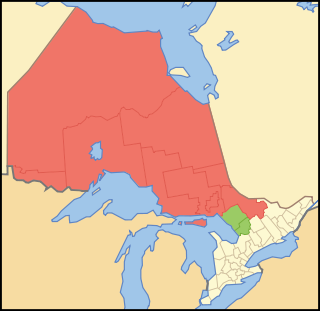 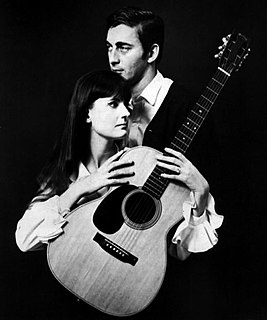 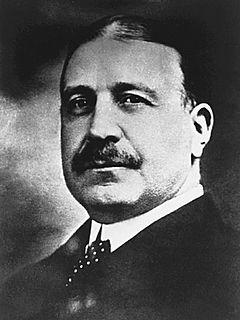 Francis Hector Clergue was an American businessman who became the leading industrialist of Sault Ste. Marie, Ontario in Canada, at the turn of the 20th century.

David Michael Orazietti is a former politician in Ontario, Canada. He was a Liberal member of the Legislative Assembly of Ontario from 2003 to 2016 who represented the northern Ontario riding of Sault Ste. Marie. He served in the cabinet of Kathleen Wynne, most recently as Minister of Community Safety and Correctional Services, until he resigned on December 31, 2016. His resignation became effective January 1, 2017. In January 2017, Orazietti was appointed Dean of Aviation, Trades and Technology, Natural Environment and Business at Sault College.

Sir William Howard Hearst, was the seventh Premier of the Canadian province of Ontario from 1914 to 1919.

Robert Oliphant is a Canadian politician and a United Church minister. He served in the House of Commons as a Liberal Member of Parliament for the Toronto riding of Don Valley West from 2008 to 2011. He returned to office after re-election in 2015 and subsequently in 2019.

Angelina Napolitano (1882-1932) was an immigrant to Canada who murdered her abusive husband in 1911, igniting a public debate about domestic violence and the death penalty. She was the first woman in Canada to use the battered woman defense on a murder charge.

James Winfield Lyons was a politician in the Canadian province of Ontario, who served in the Legislative Assembly of Ontario from 1923 to 1934. Born in Virginia, Ontario, he married Angelina Hodgson in Toronto in 1898, and moved his growing family to Steelton, Ontario soon after the turn of the century. He served as mayor of Steelton and later of Sault Ste. Marie itself. He represented the electoral district of Sault Ste. Marie as a member of the Conservatives, and served as Minister of Lands and Forests in the government of Howard Ferguson from 1923 to 1926. As minister, his major contribution was the creation of the Ontario Provincial Air Service in 1924.

Sergio Navarretta is a multiple award-winning film director best known for his feature film Looking for Angelina, based on the true-life story of Angelina Napolitano. The International Women of the World in

Looking for Angelina was a 2005 Canadian drama film based on the murder case involving Angelina Napolitano. Napolitano allegedly murdered her husband with an axe and was sentenced to be executed.

Sault Ste. Marie is a city at the St. Marys River in Ontario, Canada, close to the Canada–US border. It is the seat of the Algoma District and the third largest city in Northern Ontario, after Sudbury and Thunder Bay.

Kyle Dubas is a Canadian ice hockey executive who is currently the general manager of the Toronto Maple Leafs of the National Hockey League (NHL). Dubas spent his youth in various roles with the Sault Ste. Marie Greyhounds of the Ontario Hockey League, including a term as the team's general manager after graduating from university. He attended Brock University and graduated with a degree in Sports Management, and started his career by briefly acting as a player agent. Dubas joined the Maple Leafs organization as an assistant general manager in 2014, and played a key role in developing the Toronto Marlies of the American Hockey League (AHL). In 2018, the Marlies captured the Calder Cup as AHL Champions. At the time of his hire, Dubas was the second youngest general manager in NHL history, behind John Chayka of the Arizona Coyotes. 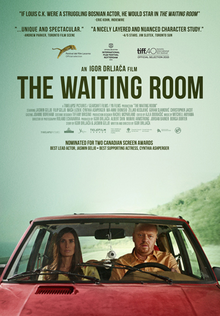 The Waiting Room is a Canadian drama film written and directed by Igor Drljaca. Loosely based on the real life of Jasmin Geljo, the film stars Geljo as an actor once popular and famous in his native country of Yugoslavia, who has struggled to find success since immigrating to Canada.

Jay Aymar is a Canadian singer-songwriter born and raised in Sault Ste. Marie, Ontario. Known for a relentless touring schedule performing over 120 shows per year at clubs, theatres and festivals primarily throughout Canada.

James Lloyd McIntyre was the 17th mayor of the city of Sault Ste. Marie, Ontario. During his three terms from 1960 to 1964 he helped lead a period of transition for the city, including securing the location and construction of the Sault Ste. Marie International Bridge, deindustrialization of the downtown waterfront, waste water treatment, and amalgamation of Korah and Tarentorus townships into the city.

James Watson Curran was a newspaper publisher and editor who settled in Sault Ste. Marie, Ontario after purchasing a local weekly newspaper in 1901. He went on to publicize and promote the city and the Algoma District. He played a leadership role in the formation of the Rotary Club of Sault Ste. Marie in 1918 and was actively involved in local history and tourism promotion.