The site was founded in January 2000 as Silver Bullet Comics by its New Zealand-based publisher/editor Jason Brice.

During this period, the site made efforts to support retired comics professionals. In a Silver Bullet column called Past Masters, contributor Clifford Meth wrote about his efforts to support ailing comic book artist Dave Cockrum. As a result of his advocacy, Marvel Comics announced it would compensate Cockrum for his work in co-creating the X-Men. [1] In 2005, Silver Bullet partnered with Aardwolf Publishing to publish a benefit book in support of ailing comics writer/artist William Messner-Loebs. Silver Bullet provided free advertising and promotion of the project on their site. [2]

Former Managing Editor Craig R. Johnson became associated with Dave Sim's controversial views on feminism when he stepped into a debate between Sim and the Friends of Lulu Board of Directors to defend freedom of expression in the comic book industry. [3]

On January 14, 2008, the site was relaunched as Comics Bulletin, in order to avoid confusion with the comics retailer Silver Bullet Comics. Comics blogger Johanna Draper Carlson suggested the name-change as a result of pressure from the unrelated but same-named retailer, "...since SBC had a US trademark registration". [4] [5] By the time Jason Brice relaunched the site as Comics Bulletin, the Silver Bullet Comics retailer had gone out of business, leaving a large number of subscription customers with unfilled orders.[ citation needed ]

In the same year, Jason Sacks took over from Keith Dallas as editor-in-chief for the site, and revamped the design and attitude. He eventually bought the site outright in 2011. The site debuted a podcast in 2011, called "Comics You Can Dance To", alongside a number of new columns. Writers for the site in 2015 included Kate Leth and Don McGregor.

Jason Sacks stepped away from Comics Bulletin in 2016; it is currently owned by Daniel Gehen.

As Silver Bullet Comic Books, the site has been the recipient of a number of awards and award nominations, including:

Christopher S. Claremont is a British-born American comic book writer and novelist, known for his 1975–1991 stint on Uncanny X-Men, far longer than that of any other writer, during which he is credited with developing strong female characters as well as introducing complex literary themes into superhero narratives, turning the once underachieving comic into one of Marvel's most popular series.

The Harvey Awards are given for achievement in comic books. Named for writer-artist Harvey Kurtzman, the Harvey Awards were founded by Gary Groth in 1988, president of the publisher Fantagraphics, to be the successor to the Kirby Awards that were discontinued in 1987. 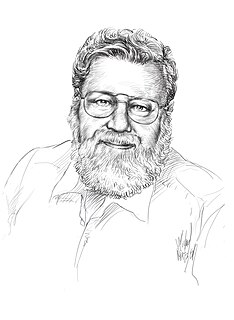 David Emmett Cockrum was an American comics artist known for his co-creation of the new X-Men characters Nightcrawler, Storm, and Colossus as well as the antiheroine Black Cat. Cockrum was a prolific and inventive costume designer who updated the uniforms of the Legion of Super-Heroes. He did the same for the new X-Men and many of their antagonists in the 1970s and early 1980s. As journalist Tom Spurgeon wrote about Cockrum's X-Men,

Cockrum's penciled interiors on those first few issues of the "new" X-Men were dark and appealingly dramatic. .. . Cockrum gave those first few issues of X-Men a sumptuous, late-'70s cinema style that separated the book from the rest of Marvel's line, and superhero comics in general. Reading those X-Men comics felt like sneaking into a movie starring Sean Connery or Sigourney Weaver, not simply like flipping on the television. Uncanny X-Men really felt new and different, almost right away, and Cockrum's art was a tremendous part of that.

The Eagle Award was a series of awards for comic book titles and creators. They were awarded by UK fans voting for work produced during the previous year. Named after the UK's Eagle comic, they were launched in 1977 for comics released in 1976.

Mike Conroy is a British pop culture writer and former comic book retailer. He is best known for co-creating the long-running industry award, the Eagle Awards. He was an editor for the trade journal Comics International from 1997 to 2010, with the title of editor-in-chief from 2006 to 2010. 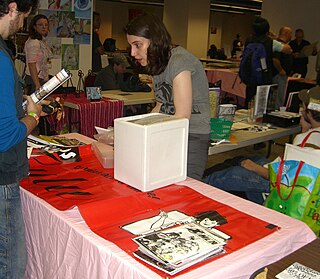 Friends of Lulu was a non-profit, national charitable organization in the United States, which operated from 1994–2011 to promote readership of comic books by women and the participation of women in the comic book industry. 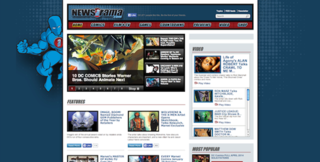 Newsarama is an American website that publishes news, interviews, and essays about the American comic book industry. It is owned by Future US. In 2020, Newsarama was merged with the website GamesRadar+, also owned by FutureUS. 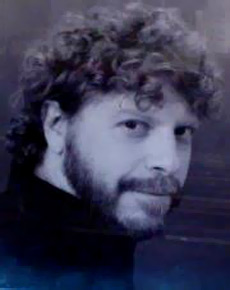 Clifford Meth is an American writer, editor, and publisher best known for his dark fiction, as well as his publishing imprint Aardwolf Publishing. He has said that his work is often "self-consciously Jewish."

Aardvark-Vanaheim is a Canadian independent comic book publisher founded in 1977 by Dave Sim and Deni Loubert and is best known for publishing Sim's Cerebus.

Comic Book Resources, also known by the acronym CBR, is a website dedicated to the coverage of comic book-related news and discussion.

Axel Alonso is an American comic book creator and former journalist, best known as the former Editor-in-Chief at Marvel Comics, a role which he held from January 2011 until November 2017. Alonso began his career as a journalist for New York's Daily News. He later worked as an editor at DC Comics from 1994 to 2000, during which he edited a number of books published under their Vertigo line, such as Doom Patrol, Animal Man, Hellblazer, Preacher and 100 Bullets. In 2000 he went to work for Marvel Comics as a Senior Editor, while there he edited Spider-Man and X-Men-related books before ascending to vice president, Executive Editor in 2010, and Editor-in-Chief in January 2011, replacing Joe Quesada. He has also worked as a writer and inker.

The Ledger Awards are prizes awarded to "acknowledge excellence in Australian comic art and publishing." Named after pioneering Australian cartoonist Peter Ledger (1945–1994), the awards were first held in 2005 to help promote and focus attention on Australian creators and their projects, both in Australia and overseas. Initially, the awards were held annually and announced online on or around Australia Day, 26 January. In recent years, they have been held at the State Library of Victoria on the Friday evening before the Melbourne Supanova convention. 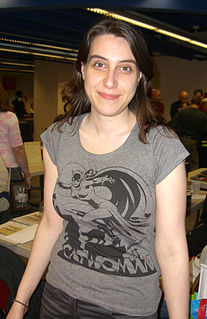 Valerie D'Orazio is an American comic book writer and editor.

Flower of Life is a slice of life comedy manga series by Fumi Yoshinaga revolving around a group of friends in a high school. The manga is serialised in Shinshokan's Wings. It was nominated for the first annual Manga Taishō award in 2008 and one of the Young Adult Library Services Association's 2008 Great Graphic Novels. The manga is licensed in North America by Digital Manga Publishing.

Comic Geek Speak (CGS) is a comics audio podcast that focuses on current mainstream and small-press comic books, featuring creator interviews, reviews, commentary on the comic book craft and industry, comic-related movie discussions and more. Bryan Deemer and Peter Rios began the Comic Geek Speak podcast in 2005 and the roster of hosts has expanded to include Shane Kelly, Kevin Moyer, Jamie D., Matt, Adam "Murd" Murdough, Brian "Pants" Christman, Chris Eberle, and Ian Levenstein. The hosts express their individual opinions in an informal way that many fans think resembles a discussion between friends hanging out at home or at the local comic shop, giving the podcast a unique point of view.

Denise "Deni" Loubert is a Canadian comics publisher, co-founder of Aardvark-Vanaheim, and founder of Renegade Press. She is the ex-wife of Dave Sim, with whom she founded Aardvark-Vanaheim and published Cerebus from issues #1 to #77 (1977–1985).

Rik Offenberger is an American comic book journalist and publicity agent, an early utilizer of the Internet for distributing comics news, and the public relations coordinator of Archie Comics.