The conference competed under the NEFC banner from 1965 through the 2016 season. Member teams are located in New England.

Before an NEFC conference split that took effect with the 2013 season, the NEFC was divided into the Boyd Division and the Bogan Division, with the division champions competing in Division III football's only season-ending conference championship game. [1]

After the 2012 season, the NEFC split, with the seven Massachusetts state institutions and Plymouth State playing in the MASCAC for football. [2] The conference's automatic bid to the NCAA Division III playoffs continued to be held by the eight remaining members: Curry, Endicott, Maine Maritime, MIT, Nichols, Salve Regina, Coast Guard, and Western New England. In the 12 seasons the NEFC hosted a championship game between its two division winners, these remaining eight members accounted for 16 of the 24 championship game participants and 8 of 12 conference champions. [3]

The decision to rename the NEFC was made in October 2015, as the Commonwealth Coast Conference announced that it would add football by effectively absorbing the NEFC as a single-sport conference known as Commonwealth Coast Football, starting with the 2017–18 school year. Accordingly, the 2016 season was the last for the NEFC under its long-standing name and acronym. [4]

The CCC and Commonwealth Coast Football unveiled a new family of logos during a June 2019 visual rebrand. [5]

Due to changes in NCAA Division III legislation regarding the number of members required for a conference to receive an automatic qualifier (AQ), football was incorporated into the multi-sport Commonwealth Coast Conference in 2022, eliminating the need for the football-only league.

1992 – The conference now numbers nine colleges that play a round robin schedule.

2000 – The first Championship game in the 14-team Conference is scheduled. Wal*Mart agrees to sponsor the game. The Divisions are renamed with the Red being the Bogan Division and the Blue becoming the Boyd Division named after the NEFC's first two commissioners. Bridgewater State defeats Salve Regina 27–24 for the championship. UMass Boston drops football.

2001 – The Bogan Division plays with only six teams while the Boyd continues with seven. Endicott College begins a football program and is admitted into the Boyd Division beginning with the 2003 season.

2004 – A Most Valuable Player Award is established for the NEFC Championship Game and is named the William Mottola Award in honor of the long-time conference commissioner.

2005 – Plymouth State University and the United States Coast Guard Academy are admitted as members for play beginning in the 2006 season. Plymouth enters the Boyd Division and Coast Guard Academy competes in the Bogan Division. The Conference decides that the Championship Game will be played at the campus of the Bogan Division winner in even numbered years and on the field of the Boyd Division champion in odd numbered years.

2010 – Maine Maritime Academy sets a new NCAA Division III season rushing record with 5189 yards in 11 games. The Mariners miss the all-Division mark set by the University of Oklahoma in 1971 by eight yards.

2012 – The NEFC qualifies two teams for the NCAA Division III National Tournament for the second time in league history. Framingham State (10–1) won the NEFC Championship and received the automatic bid, while Bridgewater State (9–1) received an at-large bid. Framingham State lost in the First Round, 20–19 to Cortland State (NY), while Bridgewater State also lost in the First Round, 44–14 to Widener University (PA).

2014 – The Conference Championship traveling trophy is named for former Maine Maritime Academy Director of Athletics and football coach Bill Mottola. Mottola was NEFC Commissioner from 1997 to 2007 and was affiliated with the conference for four decades.

2015 – Maine Maritime Academy, Massachusetts Institute of Technology, and the United States Coast Guard Academy announce plans to leave the NEFC following the 2016 season to compete in the NEWMAC, which begins sponsoring football as a championship sport in 2017.

2016 – The NEFC completes its final season of play under the NEFC name. Curry, Endicott, Nichols, Salve Regina, and Western New England compete in a renamed NEFC known as Commonwealth Coast Football (CCC Football) in succeeding years. Becker joins as an associate member in 2017 and the University of New England adds a football program and becomes CCC Football's seventh football member in 2018. As a renamed NEFC, CCC Football continues to receive automatic qualification to the NCAA Division III Championship Tournament.

When the conference operated under the NEFC name, its teams competed in other primary multi-sport conferences. [7]

The America East Conference is a collegiate athletic conference affiliated with NCAA Division I founded in 1979, whose members are located in the Northeastern United States.

The Northeast-10 Conference (NE-10) is a college athletic conference affiliated with the National Collegiate Athletic Association (NCAA) at the Division II level. Member institutions are located in the northeastern United States in the states of Connecticut, Massachusetts, New Hampshire, New York, and Vermont. It is the only Division II collegiate hockey conference in the United States.

The Commonwealth Coast Conference (CCC) is an intercollegiate athletic conference affiliated with the NCAA’s Division III. Member institutions are located in New England in the states of Maine, Massachusetts, and Rhode Island, with a Connecticut school joining in 2023.

The ECAC Northeast was an intercollegiate athletic conference affiliated with the NCAA's Division III as a hockey-only conference. For many years it was one of the three men's hockey conferences that operated under the umbrella of the Eastern College Athletic Conference; the others were the ECAC East, and the ECAC West. Member institutions were located in the New England region of the United States, in the states of Massachusetts and Rhode Island. 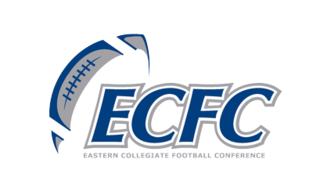 The Eastern Collegiate Football Conference is a football-only intercollegiate athletic conference affiliated with the NCAA's Division III. Founded in 2009, it combines six schools spread across the states of Massachusetts, Vermont, and New York, plus Washington, D.C. 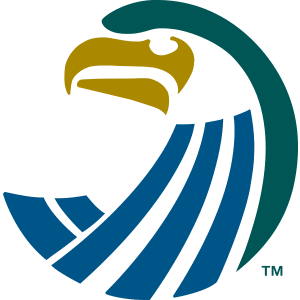 Salve Regina University competes on the NCAA Division III level and is a member of the Commonwealth Coast Conference (CCC) and Commonwealth Coast Football. The university offers ten varsity sports for women, eight for men, and one co-ed sport (sailing). Sailing is governed by the Inter-Collegiate Sailing Association (ICSA), and its subdivision, the New England Intercollegiate Sailing Association (NEISA).
The school also offers men's and women's rugby, governed by the Colonial Coast Rugby Conference, USA Rugby and the International Rugby Board (IRB). The men's rugby program competes at the Division III level, and the women's program competes on the Division III level in the National Small College Rugby Organization (NSCRO).

Peter "Papa Bear" Mazzaferro is a former American football coach. With the exception of the 1987 season, he was the head football coach at Bridgewater State College in Bridgewater, Massachusetts, from 1968 to 2004. He compiled a career college football head coaching record of 209–158–11. 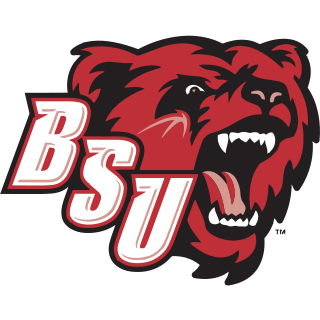 The Bridgewater State Bears are composed of 22 varsity teams representing Bridgewater State University in intercollegiate athletics. All teams compete at the NCAA Division III level and all teams compete in the Massachusetts State Collegiate Athletic Conference (MASCAC), except for field hockey, tennis and swimming & diving which plays in the Little East Conference (LEC). 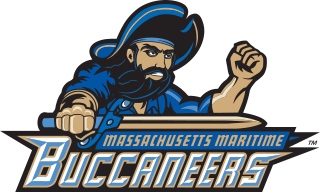 The 2020–21 NCAA Division III football season was the component of the 2020 college football season organized by the NCAA at the Division III level in the United States. Due to the COVID-19 pandemic, only a few games were played during the traditional fall season, including the annual Secretaries Cup between Coast Guard and Merchant Marine on November 14, 2020. For other teams that chose to play during the 2020–21 school year, the regular season began on February 6, 2021 and culminated on May 1.