The Cyprus College of Art (CyCA) is an artists' studio group, located in the village of Lempa on the west coast of Cyprus. It was founded in 1969 by the artist Stass Paraskos; the current director is the Cyprus-based artist Margaret Paraskos.

The Cyprus College of Art was founded in 1969 by the Cypriot painter Stass Paraskos, and is one of the oldest art institutions on the Mediterranean island of Cyprus. In the past it has been housed at different locations. It started life in the city of Famagusta on the east coast of Cyprus in 1969, but after a campaign by local hoteliers against the presence of impoverished artists and art students in a city increasingly focused on mass tourism, the College moved briefly to Larnaca in 1972, and then to Kato Paphos in 1973. [1] With the arrival of the mass-tourism industry to Kato Paphos in the early 1980s, the local authorities there also asked the College to move and it was settled at its present site in the village of Lempa in 1985. In 2002 the College acquired premises in the city of Limassol, run alongside the studios in Lempa, and the Limassol operation moved to Larnaca in 2007, becoming the Cornaro Institute. This was separated from the Cyprus College of Art in 2014, and now operates as an independent organisation.

The original aim of the Cyprus College of Art was not to provide formal courses, but to offer artists and art students from different countries the opportunity to spend a period of time making art in Cyprus. However, in the early 1970s the college planned to launch the first postgraduate fine art programme in Cyprus, but this was delayed by the Turkish invasion in 1974, and did not start until 1978. With the establishment of this programme, the Cyprus College of Art became the first true art school offering in higher education programmes, on the island of Cyprus. [2]

In 1985 Stass Paraskos was joined by his daughter, Margaret Paraskos, running the College. With the acquisition of additional premises in Limassol in 2002 the College launched several undergraduate fine art programmes. This included foundation, adult education and degree courses in painting, sculpture, photography and printmaking. Almost all of the programmes taught at the College followed a British art education model, and several were validated in the United Kingdom, although these validations were not accepted by the Cypriot government authorities. In 2007 the College's Limassol site was closed, and teaching transferred to a new building in Larnaca which became known as the Cornaro Institute, named after the last Venetian Queen of Cyprus Caterina Cornaro. From this time the site at Lempa concentrated on postgraduate programmes, and that at Larnaca on foundation and undergraduate programmes. Both sites were also used to house visiting artists from around the world. [3]

Following the death of Stass Paraskos in 2014, the Cyprus College of Art ceased to offer formal educational courses and de-registered as a college of education with the Cyprus Ministry of Education and Culture. The Cornaro Institute in Larnaca was separated from the College and became an independent institution, and the College in Lempa became a studio and residency centre for artists and art students from around the world. [4]

The foundation of the College in 1969 was highly unusual. Although Stass Paraskos had visited Cyprus in 1968 with the British poet Martin Bell, and met with the first President of Cyprus, Archbishop Makarios, to discuss opening an art school in Cyprus, [5] the initial impetus for starting the Cyprus College of Art came from an informal discussion in a pub in the English city of Leeds, where Paraskos was a tutor at the Leeds College of Art. In this discussion it was suggested Paraskos organise a summer trip for the art students and tutors to Cyprus. Agreeing to do this, Paraskos started an annual event, which attracted students from other British art schools, and eventually grew into the Cyprus College of Art. [6] This informal start led by artists remains a central part of the ethos of CyCA today, with artists rather than administrators still playing a central role in the institution, and stressing the freedom of the artist to be a creative being rather than under the control of academic bureaucracies. [7]

The Cyprus College of Art's campus in Lempa is surrounded by a large sculpture wall and garden, open to the public. This was created over a period of over twenty-five years from 1989 by Stass Paraskos, together with many of the artists and art students who have visited the College. The wall is a major landmark and tourist attraction in the region, attracting visitors to the village to see sculptures of a King Kong-sized gorilla, a donkey known as 'the art critic' and numerous other animals and human figures, as well as abstract elements. These are all constructed from found materials and cement. [8]

In 2005, the International Manifesta Organisation, based in the Netherlands announced that the art festival Manifesta 6 would be held in Cyprus in 2006. The Cyprus College of Art was initially enthusiastic about the prospect of an international art fair in Cyprus, publishing a supporting article in the College newsletter, ArtCyprus about Manifesta. [9]

However a perceived unwillingness by the Manifesta organisers to engage with the College and the Cypriot art world resulted in the College becoming one of Manifesta 6's fiercest critics. This was compounded by the Manifesta team claiming there was no functioning art school in Cyprus, a charge that resulted in CyCA dedicating an entire issue of ArtCyprus to attacking Manifesta, accusing the Dutch organisation of cultural insensitivity bordering on racism. [10]

The economic crisis that hit Cyprus in 2013 had a major detrimental effect on the finances of the College, resulting in falling student recruitment. Coupled with the death of the founder of the College, Stass Paraskos, in 2014, it was decided in 2014 to cease offering educational courses and return the College to being a centre for visiting artists. [11] This resulted in the separation of the Cyprus College of Art in Lempa from the Cornaro Institute in Larnaca, and with the focus of the College now firmly on Lempa, work has begun with Lempa Parish Council on upgrading the facilities in Lempa to operate the site solely as an artists' studio complex. Following the death of Stass Paraskos, his daughter Margaret became director of the Cyprus College of Art.

Wikimedia Commons has media related to Cyprus College of Art .

Catherine Cornaro was the last monarch of the Kingdom of Cyprus, also holding the titles of the Queen of Jerusalem and Armenia. She was queen consort of Cyprus by marriage to James II of Cyprus, regent of Cyprus during the minority of her son James III of Cyprus in 1473–1474, and finally queen regnant of Cyprus. She reigned from 26 August 1474 to 26 February 1489 and was declared a "Daughter of Saint Mark" in order that the Republic of Venice could claim control of Cyprus after the death of her husband, James II.

Larnaca is a city on the south east coast of Cyprus and the capital of the district of the same name. It is the third-largest city in the country, after Nicosia and Limassol, with a metro population of 144,200 in 2015.

Paphos is a coastal city in southwest Cyprus and the capital of Paphos District. In classical antiquity, two locations were called Paphos: Old Paphos, today known as Kouklia, and New Paphos. 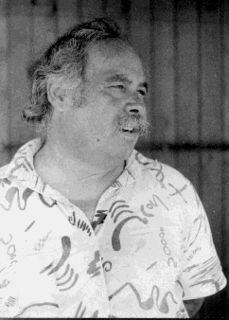 Stass Paraskos was an artist from Cyprus, although much of his life was spent teaching and working in England.

Martin Bell was an English poet who was a key member of The Group, an informal group of poets who met in London from the mid-1950s to the mid-1960s.

Euan Ernest Richard Uglow was a British painter. He is best known for his nude and still life paintings, such as German Girl and Skull. 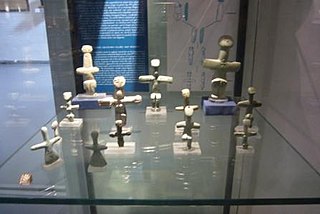 Lempa is a village in Cyprus located approximately 4 km (2.5 mi) north of the town of Paphos. It is sometimes written as Lemba, which is also closer to the correct pronunciation. Neighbouring villages are Empa, Kissonerga and Chlorakas.

Jayne Lawless is an English installation artist from Liverpool.

Michael Paraskos, FHEA, FRSA is a novelist, lecturer and writer on art. He has written several non-fiction and fiction books and essays, and articles on art, literature, culture and politics for various publications, including Art Review, The Epoch Times and The Spectator magazine. In the past he has reviewed art exhibitions for BBC radio, curated exhibitions, and taught in universities and colleges in Britain and elsewhere. He has a particular focus on modern art, having published books on the art theorist Herbert Read, and he is also known for his theories connecting anarchism and modern art. He lives in West Norwood in south London.

The New Aesthetics is an art movement that stresses the material and physical processes in the making of visual art. It is unrelated to "The New Aesthetic" as coined by James Bridle.

Education in Cyprus is overseen by the Ministry of Education, Sports, Youth and Culture.

Stelios Votsis was a Cypriot artist, one of the leading figures of modern art on the island, a co-founder of the Cyprus Chamber of Fine Arts and its one-time president. His style was best characterised as ‘structural abstraction’.

Jennifer Durrant is a British artist.

Mali Morris is a British artist. She was born in north Wales, and studied at Newcastle University and the University of Reading.

Margaret Frances Paraskos is an artist resident in Cyprus. She is the daughter of the Cypriot artist Stass Paraskos and succeeded him as the director of the Cyprus College of Art.

The Stass Paraskos obscenity trial was a notorious court case held in the northern English city of Leeds in 1966 involving an exhibition of paintings by the Cyprus-born British artist, Stass Paraskos.

The Cyprus School of Architecture (CYSOA) is private school of architecture located in Lemba near Paphos. The School is associated and shares a campus with the Cyprus College of Art.

Paraskos is a surname. Notable people with the surname include: