Dance with Me (Le Youth song)

The songs samples TLC's hit single "No Scrubs" and Jermaine Dupri featuring Usher and Da Brat's "The Party Continues." Talking to Digital Spy about the song he said, "I knew it was getting some kind of reaction and people were going to get into and grow, but I was pretty shocked it got to the point it got". [2]

A music video to accompany the release of "Dance with Me" was first released onto YouTube on January 13, 2014 at a total length of three minutes. [3] The video shows a number of glamorous models participate in a retro, colour co-ordinated fashion shoot. [4]

"Few were more surprised at the out-of-the-blue success of Le Youth's 'Cool' last year than the artist himself. "I knew it was getting some kind of reaction," the Californian producer recently told us of the Cassie-sampling track. "But I was pretty shocked it got to the point it got." But online and radio hype aside, the fact that it only managed number 26 on the charts was, in our book, a chart travesty. For his follow-up, he's opted to sample TLC's 'No Scrubs'; a brave choice given its now iconic status in music history but also a sensible one now that we live in a time where '90s pop is old enough to become part of the revival trend. Given he's essentially repeating the trick as before it doesn't quite have the same impact as its predecessor, but crucially, its clever clipping and slinky electro grooves ensure 'Dance With Me' never once feels gimmicky." 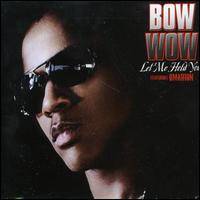 "Let Me Hold You" is a song by American rapper Bow Wow. It was the first single off his fourth album, Wanted (2005). Released on March 11, 2005, the song features American R&B singer Omarion. It was co-written and co-produced by frequent producer Jermaine Dupri and No I.D. and uses a sample of Luther Vandross' 1985 version of Brenda Russell's "If Only for One Night". 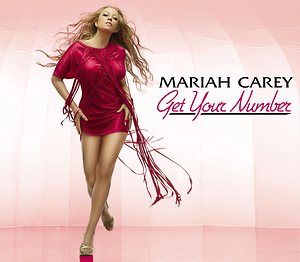 "Get Your Number" is a song by American singer and songwriter Mariah Carey. It was written by Carey, Jermaine Dupri, Johntá Austin and Bryan-Michael Cox, and produced by the former two and LRoc. It was released as the third international single from Carey's tenth studio album, The Emancipation of Mimi (2005). The song is built around a sample of "Just an Illusion" (1982) by British band Imagination. Due to the inclusion of the sample, several other writers are credited as songwriters. Lyrically, the song features the protagonist persistently asking for the phone number of an individual at a club.

"U Got It Bad" is a song by American singer Usher, released through Arista Records as the second official single from his third studio album 8701 (2001). It was written by the singer, Jermaine Dupri and Bryan-Michael Cox, and co-produced by the former two. It was released as a CD single in the United States on September 4, 2001. "U Got It Bad" is an R&B ballad that, according to MTV, incorporates "digi-coustic" guitars, a "slow-burning bass line" and "sex funk" drums. The lyrics notably contain some quick direct allusions to other soul music ballads, mainly Maxwell's "Fortunate" and Prince's "Adore". 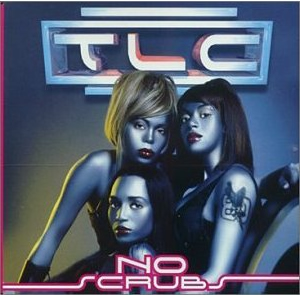 "No Scrubs" is a song recorded by American girl group TLC as the lead single from their third studio album FanMail on February 2, 1999 by LaFace Records and Arista Records. The song was written by producer Kevin "She'kspere" Briggs, former Xscape members Kandi Burruss and Tameka "Tiny" Cottle, and TLC member Lisa "Left Eye" Lopes. The song lyrics describe the role of a man in a relationship. Rozonda "Chilli" Thomas sings the sole lead vocals for the first time on a TLC song. 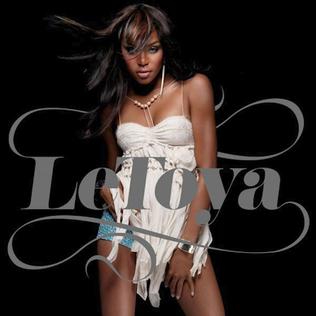 LeToya is the debut studio album by American R&B singer and former Destiny's Child member LeToya Luckett, released by Capitol Records on July 25, 2006 in the United States. The album spawned three singles: "Torn", "She Don't" and "Obvious". Besides the officially released singles, LeToya's debut album also includes the promo singles, "U Got What I Need" and "All Eyes On Me". LeToya co-wrote 10 out of the 14 tracks. The album was the first solo release from LeToya following her departure from her former group, Destiny's Child, of which she was a founding member.

"Call on Me" is a song by American singer Janet Jackson with guest vocals from American rapper Nelly from Jackson's ninth studio album, 20 Y.O. (2006). It was written by Jermaine Dupri, Johnta Austin, James Phillips, Cornell Haynes Jr., James Harris III and Terry Lewis, and produced by Dupri, Phillips, Jam and Lewis, in addition to Jackson. "Call on Me" was released as the album's lead single on June 19, 2006, by Virgin Records. The song is a mid-tempo ballad which talks about calling on a person when a friend or somebody to listen is needed. 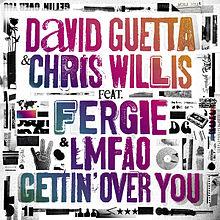 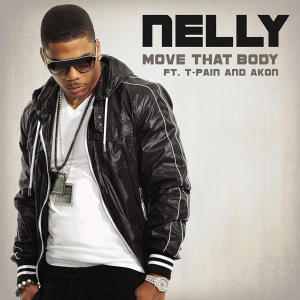 "Move That Body" is a song performed by American hip hop artist Nelly. The song features T-Pain and Akon, and was produced by Bangladesh with Dr. Luke. The song was released on October 12, 2010, and serves as the second single from Nelly's sixth studio album, 5.0. The song has received negative reviews from various hip-hop critics and fans based upon lack of production and use of auto-tune.

"Blind Faith" is a song by British drum and bass duo Chase & Status. It was released as the second official single, and the third overall, from their second studio album, No More Idols (2011). The single features vocals from Liam Bailey, and was released on 21 January 2011. The single peaked at number five on the UK Singles Chart, tying with "Count On Me" as their highest-charting single to date. The chorus of the song also features vocals performed by Yolanda Quartey. The "sweet sensation" line is sampled from Loleatta Holloway's 1980 disco hit "Love Sensation". "Blind Faith" is featured on the soundtrack of the racing video games Dirt 3 and Forza Horizon. The song was used by BBC Sport during its coverage of the 2013 World Athletics Championships.

"What a Feeling" is a song by Italian DJ Alex Gaudino, taken from his second studio album Doctor Love (2013). The song features leading vocals from American singer Kelly Rowland. It was written by Gaudino, Giuseppe D'Albenzio, Emmanuel Mijares, Jenson Vaughan, Rowland and Joseph "Lonny" Bereal. "What a Feeling" was released from 22 March 2011 by Magnificent Records and Ultra Music. 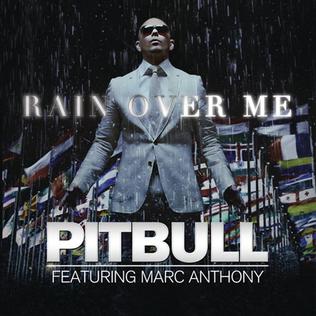 "Rain Over Me" is a song by American singer and rapper Pitbull from his sixth studio album, Planet Pit. It features vocals from American-Puerto Rican singer Marc Anthony. The Eurodance song was written by Pitbull, RedOne, Marc Anthony, Bilal "The Chef" Hajji, AJ Janussi and Rachid "Rush" Aziz, and it was produced by RedOne, Rush and Jimmy Joker. It was released on June 10, 2011 as the third promotional single from the album and received a full release as the album's third official single on July 19, 2011. 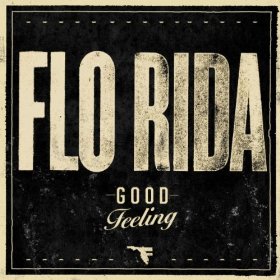 "Good Feeling" is a song by American rapper Flo Rida from his 2012 EP of the same name, also appearing on his fourth studio album, Wild Ones. It was released as the album's lead single on August 29, 2011 in the United States. The song was written by Flo Rida, Dr. Luke, Cirkut, Breyan Isaac, Arash Pournouri, Avicii, Etta James, Leroy Kirkland and Pearl Woods. It was also produced by Dr. Luke and Cirkut. 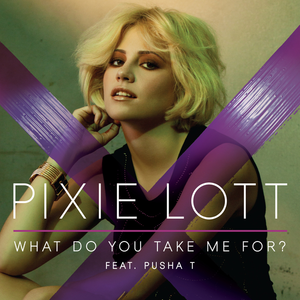 "What Do You Take Me For?" is a song by English singer Pixie Lott from her second studio album, Young Foolish Happy (2011). The song features American rapper Pusha T and was released on 4 November 2011 as the album's second single. The track received its first play on Capital FM on 26 September 2011. 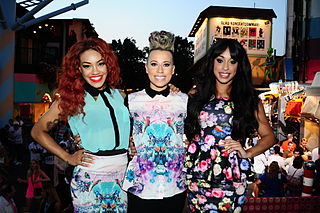 Stooshe are a British girl group from London, consisting of members Alexandra Buggs, Karis Anderson and Courtney Rumbold. Initially signed to Warner Music they released of their first single "Love Me", featuring American rapper Travie McCoy, in 2012. Later that year Stooshe was nominated for the BBC's Sound of 2012 poll. 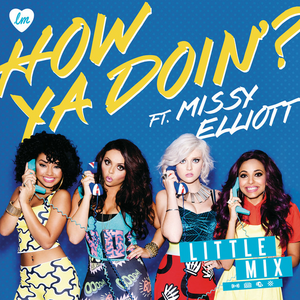 "How Ya Doin'?" is a song by British girl group Little Mix, featuring American rapper Missy Elliott. It was released on 15 April 2013 as the fourth and final single from Little Mix's debut studio album, DNA (2012). The song's chorus is taken from Curiosity Killed the Cat's 1989 single "Name and Number", Both samples were also used in "Ring Ring Ring " by De La Soul in almost the same manner.

"Little Me" is a song by British girl group Little Mix. It was released as the second single from their second studio album, Salute (2013). It was co-written by the group with TMS and Iain James, and produced by TMS. The song peaked at number 14 on the UK Singles Chart. It samples part of Gabriel Fauré's Pavane.

"Not Letting Go" is a song by British rapper Tinie Tempah. It features the vocals from British singer Jess Glynne. The song was released as a digital download in the United Kingdom on 21 June 2015 as the lead single for his third studio album Youth. It also appears on the deluxe version of Glynne's debut album, I Cry When I Laugh (2015). "Not Letting Go" samples the song "Not for Long" by American rapper B.o.B. and also contains a sample from "There's a Better Way" from Jermaine Jackson's 1982 album "Let Me Tickle Your Fancy".