David G. Bromley (born 1941) is a professor of sociology at Virginia Commonwealth University, Richmond, VA and the University of Virginia, Charlottesville, VA. He has written extensively about cults, new religious movements, apostasy, and the anti-cult movement. [1]

Bromley has also written about apostasy, cults and religions. [6] His theory of apostasy is also based on the notion of allegiance. In its dealings with the larger society, Bromley argues, religious groups can be either allegiant, contestant, or subversive of mainline values and institutions. Those who leave allegiant groups are "defectors", and the allegiant groups, protected by their popularity, may easily dismiss them as “problem individuals.” Groups perceived by the society as “subversive”, on the other hand, have "apostates", who claim that the movements they have left are dangerous or criminal, and are taken seriously by mainline institutions and media. Somewhere in the middle are "whistleblowers," who expose negative features not previously well-known of contestant (and sometimes also of allegiant) religious groups. [7]

Within the academic study of new religious movements, Bromley follows the paradigm of the "NRM studies", somewhat sympathetic of groups labeled as cults, which was criticized by those adopting the opposite cultic studies paradigm. The latter, such as Canadian sociologist Stephen A. Kent, objected to Bromley’s definition of disgruntled ex-members of cults as "apostates" as one leading to disregard the value of the information they can supply, while, Kent observed, in many cases the so called "apostates" proved to be better informed about the movements they had left than the “NRM Studies” scholars. [8]

In the same vein, Bromley's has expressed opposition to the claims of brainwashing and the practice of deprogramming. Bromley compared these social conflicts to witch-hunts of the late Middle Ages, and has claimed that civil liberties guaranteeing religious freedom were threatened. He has criticized the tactics of anti-cultists and their claims over brainwashing in several books and articles coauthored with Anson Shupe, such as Strange Gods, Moonies in America, and The New Vigilantes. [9]

Deprogramming refers to measures that claim to assist a person who holds a controversial belief system in changing those beliefs and abandoning allegiance to the religious, political, economic, or social group associated with the belief system. The dictionary definition of deprogramming is "to free" or "to retrain" someone from specific beliefs. Some controversial methods and practices of self-identified "deprogrammers" have involved kidnapping, false imprisonment, and coercion, which have sometimes resulted in criminal convictions of the deprogrammers. Some deprogramming regimens are designed for individuals taken against their will, which has led to controversies over freedom of religion, kidnapping, and civil rights, as well as the violence which is sometimes involved. 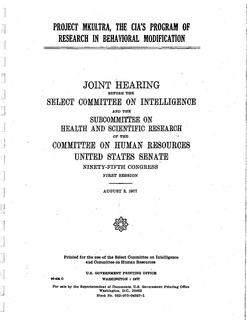 Brainwashing is the concept that the human mind can be altered or controlled by certain psychological techniques. Brainwashing is said to reduce its subjects' ability to think critically or independently, to allow the introduction of new, unwanted thoughts and ideas into their minds, as well as to change their attitudes, values, and beliefs.

Apostasy is the formal disaffiliation from, abandonment of, or renunciation of a religion by a person. It can also be defined within the broader context of embracing an opinion that is contrary to one's previous religious beliefs. One who undertakes apostasy is known as an apostate. Undertaking apostasy is called apostatizing. The term apostasy is used by sociologists to mean the renunciation and criticism of, or opposition to, a person's former religion, in a technical sense, with no pejorative connotation.

The Cult Awareness Network (CAN) was an organization created by deprogrammer Ted Patrick that provided information on groups that it considered to be cults, as well as support and referrals to deprogrammers. It was founded in the wake of the November 18, 1978 deaths of members of the group Peoples Temple and assassination of Congressman Leo J. Ryan in Jonestown, Guyana, and was shut down in 1996. Its name and assets were later bought by a group of private donors in bankruptcy proceedings; with the transfer of ownership, the organization was renamed the New Cult Awareness Network. 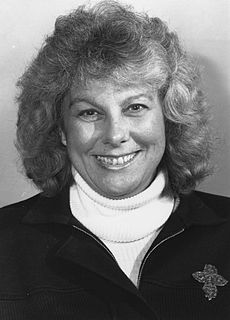 In modern English, a cult is a social group that is defined by its unusual religious, spiritual, or philosophical beliefs, or by its common interest in a particular personality, object or goal. This sense of the term is controversial and it has divergent definitions both in popular culture and academia and it has also been an ongoing source of contention among scholars across several fields of study. It is usually considered pejorative.

Anson D. Shupe, Jr. was an American sociologist noted for his studies of religious groups and their countermovements, family violence and clergy misconduct. He was affiliated with the New Cult Awareness Network, an organisation operated by the Church of Scientology, and had at least one article published in Freedom magazine.He was very against cults which pose heretic threats.

Robert William Balch is a sociologist from the University of Montana. Balch is best known for his studies of Heaven's Gate, the Aryan Nations, and the Love Family. 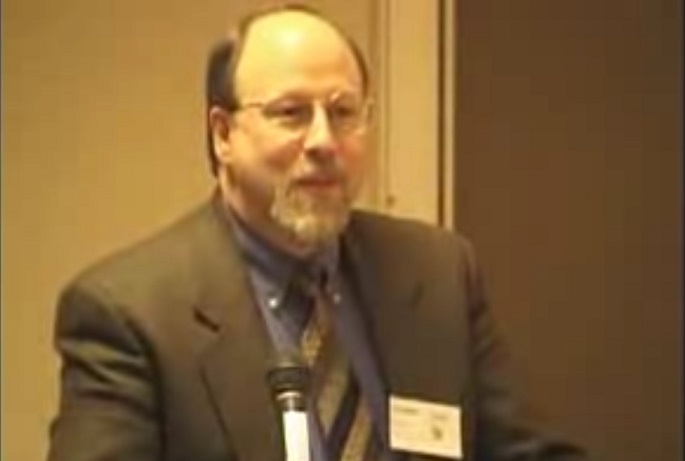 Jeffrey K. Hadden (1937–2003) was an American professor of sociology. He began his teaching career at Western Reserve University and then at the University of Virginia commencing in 1972. Hadden earned his Ph.D. in 1963 at the University of Wisconsin–Madison, where he was trained as a demographer and human ecologist.

Ronald M. Enroth has been a Professor of Sociology at Westmont College in Santa Barbara, California, prominent evangelical Christian author of books concerning what he defines as "cults" and "new religious movements" and important figure in the Christian countercult movement.

Religious disaffiliation is the act of leaving a faith, or a religious group or community. It is in many respects the reverse of religious conversion. Several other terms are used for this process, though each of these terms may have slightly different meanings and connotations.

The academic study of new religious movements is known as new religions studies (NRS). The study draws from the disciplines of anthropology, psychiatry, history, psychology, sociology, religious studies, and theology. Eileen Barker noted that there are five sources of information on new religious movements (NRMs): the information provided by such groups themselves, that provided by ex-members as well as the friends and relatives of members, organisations that collect information on NRMs, the mainstream media, and academics studying such phenomena.

The Politics of Religious Apostasy: The Role of Apostates in the Transformation of Religious Movements is a 1998 book edited by David G. Bromley. It presents studies by several sociologists of new religious movements on the role played by apostates The volume examines the apostate's testimonies, their motivations, the narratives they construct to discredit their former movements, and their impact on the public controversy between such movements and society.

James T. Richardson is a Professor of Sociology and Judicial Studies, and the Director of the Master of Judicial Studies Degree Program at the University of Nevada, Reno. Richardson specializes in social and behavioral science evidence, Sociology of Religions and New Religious Movements, Sociology of law, and Social movements. He is notably outspoken on high-profile cases such as Elizabeth Smart and Patty Hearst. He is a scientific critic of brainwashing theories.

World Religions and Spirituality Project , a database of new religious movements operated by Dr. Bromley with contributions from other experts in the field.