Sir David John Normington, GCB (born 18 October 1951) [1] is a retired British civil servant. He served as the Permanent Secretary of the Department for Education and Skills from 2001 to 2005, and then of the Home Office until 2011. From 2011 until 2016 he served as both the First Civil Service Commissioner and the Commissioner for Public Appointments for the British government. [2]

A graduate of Corpus Christi College, Oxford, Sir David's career began in the Department of Employment. There he was responsible variously for the previous Government’s programme of trade union reform, for measures to reduce unemployment, and for youth training. He was Principal Private Secretary to Tom King, Secretary of State for Employment in 1983 and 1984. He was also responsible for co-ordinating the efforts of central Government to regenerate the seven most deprived London boroughs.

In 1995, when the Department of Employment and Department of Education merged, he played a central role in the creation of the new Department for Education and Employment (DfEE). From there he moved on to become DfEE’s Director-General for Strategy and Analytical Services and for the International Division in the run-up to the UK Presidency of the European Union. In 1998, Normington became the Director-General for Schools, bringing together responsibility for all schools policy and operations. He became Permanent Secretary in 2001 where he served for five years until joining the Home Office as its Permanent Secretary in January 2006. [3] His performance at the Home Office was strongly criticised by Home Secretary John Reid, who described the department as "Not fit for purpose". [4]

He has been called "something more akin to James Bond than a top civil servant, [5] and his nickname in his previous appointment as permanent secretary at the Department for Education and Skills was ‘the smiling assassin’ [6] He is also described as ‘extremely charming’, ‘civilised and urbane’ – and a ‘tough nut'. [5] One of Normington's lasting legacies in the DfES was his decision to reduce the Department's workforce by approximately a third, made in 2003. This decision came in advance of the subsequent budget announcing a large reduction of the civil service as a whole, leading some to speculate that Normington had made his own cuts early in an attempt to curry favour. He applied for the job of Cabinet Secretary but was beaten by Sir Gus O'Donnell, due to concerns that his appointment would dangerously damage Civil Service morale. [7]

He was responsible for initiating the investigation that ended with the police arresting shadow immigration minister Damian Green, allegedly because Green told the press that the government had given licences to illegal workers, that an illegal worker was employed in the Houses of Parliament, and two more documents. [11]

The complaint was dismissed by the Crown Prosecution Service (CPS),  [12] after MPs concluded "that growing frustration in both the Home Office and the Cabinet Office may have led officials to give an exaggerated impression of the damage done by the leaks that could reasonably be presumed to have emanated from the Home Office" . [13]

Illegitimate and unauthorised attempts have allegedly been made to exploit Sir David Normington's reputation by improperly using his name to sponsor or lend credibility to entry clearance and visa applications by foreign nationals seeking to come to the United Kingdom.  [14]

The Department for Education and Skills (DfES) was a United Kingdom government department between 2001 and 2007, responsible for the education system as well as children's services in England. 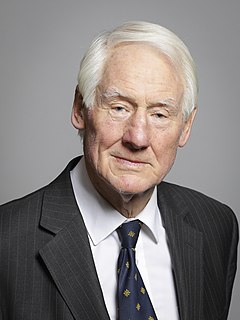 Frederick Edward Robin Butler, Baron Butler of Brockwell, is a retired British civil servant, now sitting in the House of Lords as a crossbencher.

Michael George Bichard, Baron Bichard, KCB, is a former public servant in the United Kingdom, first in local and then as a civil servant in central government. He was Director of the Institute for Government, currently serves as one of its first fellows, and was Chair of the Design Council. He was a created a crossbench life peer on 24 March 2010. He is an advisor to The Key Support Services Limited, which provide leadership and management support to school leaders and governors. He became Chair of the Social Care Institute for Excellence (SCIE) in 2013.

Richard Thomas James Wilson, Baron Wilson of Dinton, is a crossbench member of the British House of Lords and former Cabinet Secretary. 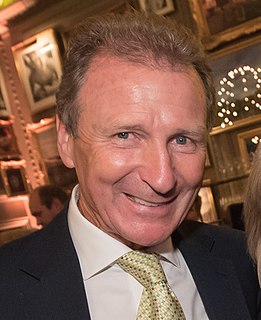 Augustine Thomas O'Donnell, Baron O'Donnell, is a former British senior civil servant and economist, who between 2005 and 2011 served as the Cabinet Secretary, the highest official in the British Civil Service.

Sir Richard Clive Mottram, is a former British civil servant, who retired in 2007 from his most recent senior post as Permanent Secretary, Intelligence, Security and Resilience in the Cabinet Office.

Sir David Bruce Omand is a British former senior civil servant who served as the Director of the Government Communications Headquarters (GCHQ) from 1996 to 1997.

Sir Michael Edward Quinlan, GCB was a distinguished former British defence strategist and former Permanent Under-Secretary of State at the British Ministry of Defence, who wrote and lectured on defence and matters of international security, especially nuclear weapon policies and doctrine, and also on concepts of ‘Just War’ and related ethical issues. 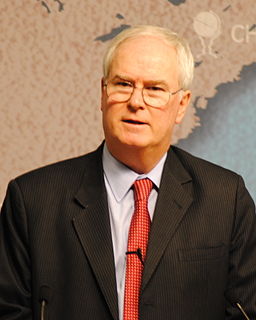 Jeremy John Heywood, Baron Heywood of Whitehall, was a British civil servant. Heywood served as Cabinet Secretary from 1 January 2012, and Head of the Home Civil Service from September 2014, until stepping down in October 2018. He had previously served twice as the Principal Private Secretary to the Prime Minister, as well as the Downing Street Chief of Staff and the first and only Downing Street Permanent Secretary. After he was diagnosed with lung cancer, he took a leave of absence from June 2018, and retired on health grounds on 24 October 2018, receiving a life peerage; he died two weeks later on 4 November 2018.