Dietrich was the second son of Count Adolf III of the Marck and Margaret of Jülich.

Rupert of the Palatinate, a member of the House of Wittelsbach, was Elector Palatine from 1398 and King of Germany (rex Romanorum) from 1400 until his death.

Dietrich or Theoderic of Oldenburg was a feudal lord in Northern Germany, holding the counties of Delmenhorst and Oldenburg. He was called "Fortunatus", as he was able to secure Delmenhorst for his branch of the Oldenburgs. 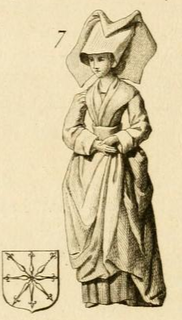