Dore or Doré may refer to:

This disambiguation page lists articles associated with the title Dore.
If an internal link led you here, you may wish to change the link to point directly to the intended article. 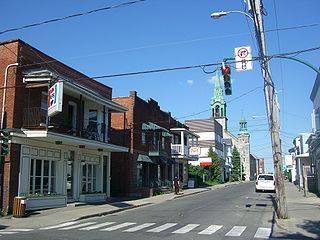 Duval is a surname, literally translating from French to English as "of the valley". It derives from the Norman "Devall", which has both English and French ties. Variant spellings include: Davolls, Deavall, DeVile, Devill, Deville, Divall, Divell and de Eyvill. Its meaning is derived from the French town of Deville, Ardennes. "Devall" was first recorded in England in the Domesday Book.

Goulet may refer to:

Charron may refer to:

Dumont is a French surname, which may refer to: