The Honourable Edward Owen Kayvan Temple-Morris [1] (born 26 April 1965 in Cardiff [2] ) is a British DJ, record producer and TV presenter. He hosted London radio station XFM's specialist show The Remix for 15 years, [3] before moving it to Soho Radio. He joined Virgin Radio UK in 2017 and currently presents mid-mornings on weekdays.

Before joining XFM, Temple-Morris was the main presenter on the MTV show Up for It Live, presented shows for Atlantic 252 & BBC Hereford & Worcester, co-presented the Pepsi Chart on Five, and Takeover TV on Channel 4.

He hosted The Remix on Friday nights from 10 pm till 2 am. The strapline for the show is "where dance rocks", and includes dance remixes of indie and rock hits, plus up and coming dance music of the dance rock crossover variety. Most weeks there is also a 30-minute mix from a guest DJ, producer or artist called the "Superchunk" and now "The All Time Top 10" where remixers create a 10-minute mix featuring the artist's favourite songs, this has become a competition with mixes featuring over 200 songs. The show, which was co-presented/produced by James Hyman (1999–2003) popularised the mashup genre, with a section called Bedroom Bedlam dedicated to unofficial bootleg remixes. Many established names in the mash up scene, including Go Home Productions, Freelance Hellraiser, and Osymyso, got some of their earliest plays on the Remix Show. [3] Also, Kasabian, 2ManyDJs, Simian Mobile Disco, Reverend And The Makers, Infadels, Plan B and Justice received their first ever air play on the show. His last show aired on 4 September 2015. [4]

Temple-Morris regularly DJs at rock, electro and indie crossover nights around the UK and Europe and has supported The Prodigy, Pendulum and Delays on their UK tours. His own night, The Remix All Nighter, a spin-off from the radio show, took place at London super-nightclub, Matter. Remix Night events occasionally take place elsewhere in the UK, and in Autumn 2006 Temple-Morris headlined a Remix Night UK tour.[ citation needed ]

On the production side Temple-Morris remixes with Tom Bellamy from The Cooper Temple Clause under the moniker Losers. Some of their remixes appeared on a new double album, compiled and mixed by Temple-Morris, called Dance Rocks , which was released in April 2007 on UK label Botchit & Scarper. More recently Losers have remixed Gossip, Rage Against the Machine, The Presets and Placebo. Losers released their album 'Beautiful Losers' on Gung Ho! Recordings on 13 September 2010. [5]

He is the voice of motor racing magazine show Mobil 1 The Grid, shown on Channel 4 and Motors TV in the UK, and Speed in North America.[ citation needed ]

Temple-Morris agreed to become Ambassador for The British Tinnitus Association in January 2010, to help raise money and awareness for the hearing condition which he has suffered from for a decade.[ citation needed ]

He is the son of the late Labour peer and former Conservative MP Peter Temple-Morris and was educated at Malvern College in Malvern, Worcestershire. [6]

XFM Scotland was a regional radio station broadcasting to Scotland's Central Belt, an area surrounding the two cities of Glasgow and Edinburgh. The station changed format to join the Galaxy Network on 8 November 2008 as Galaxy Scotland.

Jagz Kooner is an English record producer who has worked with Radio 4, Manic Street Preachers, Garbage Infadels and Primal Scream for whom he co-produced their cover version of the song 'Some Velvet Morning' along with model Kate Moss. He has created remixes for Massive Attack "Butterfly Caught" with additional vocals from the English electronic music vocalist Tara McDonald. His remix "My Beautiful Friend" from The Charlatans was so groundbreaking that it inspired Eddy Temple-Morris, a DJ at the XFM radio station to form a show dedicated to remixes. Kooner also worked with Rammstein, Siobhan Fahey, Ladytron, Adam Freeland, dEUS, Kasabian and more recently Reverend and the Makers. His remix of "Swastika Eyes", for Primal Scream appears as one of two remixes of the track on the Xtrmntr album. He has also remixed two songs from the Oasis album, Dig Out Your Soul. On the bonus CD available only as part of the Deluxe Edition, Jagz Kooner has remixed first single "The Shock Of The Lightning", as well as, the album track "The Turning". He has also been keenly involved in the UK mash-up scene. 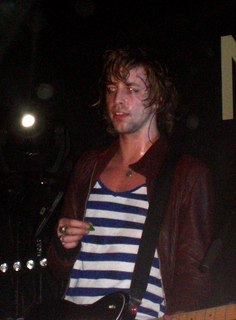 Thomas Rhys Bellamy is the multi-instrumentalist responsible for contributing guitar, bass, synthesizer, keyboard, trumpet, programming, samples, melodica, harmonica, percussion, toy piano, bowed guitar, decks, FX/beats, vocals and lyrics in the band The Cooper Temple Clause. He is also a keen DJ and has remixed several songs by The Cooper Temple Clause as part of his side project, Rhysmix. Following the split of the band, Bellamy has turned his full attention to remixing and djing under the Rhysmix alias. He is currently collaborating with well-known DJ Eddy Temple-Morris under the name Losers, remixing and producing music in the Bleak House, a studio in rural Berkshire that formerly housed The Cooper Temple Clause. 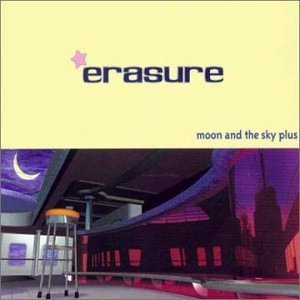 Moon & the Sky is a song by synthpop duo Erasure. Originally intended as the second single from their ninth studio album Loveboat, the album cut was remixed drastically for radio play by Jason Creasey and packaged with enough additional tracks and mixes that it could be considered an EP. Mute Records released the single in the UK under the title Moon & the Sky Plus, a similar tactic used for one of Erasure's previous singles ("Rain"). 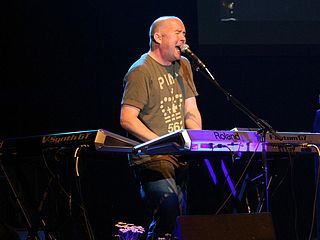 James Hyman is a British DJ, radio and television presenter, music supervisor and founder of The Hyman Archive.

A remix service is a company that provides remixed music to disc jockeys. "Signal Fire" is a song from British alternative rock band Snow Patrol, appearing on the soundtrack of the film Spider-Man 3, released on 24 April, 30 April, 2 May and 14 May 2007, depending on the region. It was the only single released from the soundtrack. The song was initially offered to Shrek the Third. It was recorded at Grouse Lodge and was produced by long-time Snow Patrol producer Jacknife Lee.

Complete Music Update, originally called College Music Update, and better known as CMU or the CMU Daily, is a music news service and website aimed at people working in the UK music business and music media. It primarily provides news and information about the music business, music media and music world. It is now best known for its daily email newsletter, the CMU Daily. Its current editor is Andy Malt.

David Dunne is a UK Club DJ, Radio presenter and former head of music at MTV from Manchester. 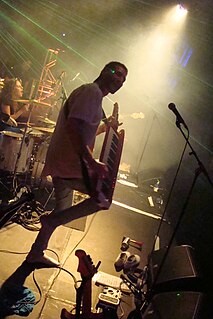 Kissy Sell Out is a British/Canadian DJ, producer, graphic designer, label manager of San City High Records and Stepper Man, part-time astrophysicist and science columnist for Sick Chirpse. Kissy Sell Out gained notability in 2006 for his electro music productions and energetic DJ style. In 2009 Mixmag described him as "one of the most exciting, charismatic and entertaining DJs of the decade".

Pablo Flores is a Puerto Rican DJ, record producer, remixer and arranger; known for being the world's premier Latin remixer and DJ. 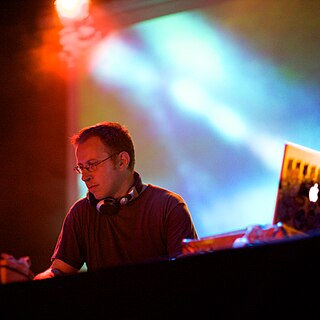 DJ Food is an electronic music project currently headed by Kevin Foakes. Originally conceived by the members of Coldcut on the Ninja Tune independent record label, the project started in 1990 on the premise of providing metaphorical "food for DJs". DJ Food released the Jazz Brakes series, with Jazz Brakes Volume 3 being the most successful. The records consisted of collections of breaks, loops and samples that could be used for mixing, remixing and producing.

Jordy van Egmond, known professionally as Dyro, is a Dutch DJ and EDM producer. Since 2010 he has released original singles and remixes on labels such as Revealed Recordings, Musical Freedom, and Def Jam, and has also released official remixes for tracks such as "Right Now" by Rihanna and "Iron" by Nicky Romero and Calvin Harris. He collaborated with Tiësto on a single titled "Paradise" in 2013, and also that year he collaborated with Hardwell on the single "Never Say Goodbye". Featuring Bright Lights, it peaked at No. 23 on the UK Dance Chart. In 2014 Dyro ranked No. 27 on the DJ Mag Top 100 DJs list.