Elinor Anne Harvie (born April 7, 1965) is a Canadian actress who portrayed Morticia on The New Addams Family . Later, she starred as Dr. Lindsey Novak in Stargate SG-1 and Stargate Atlantis .

Harvie was the youngest of five children born into a U.S. Air Force family. They eventually settled in Prince Albert, Saskatchewan. Harvie later attended the University of Manitoba, where she earned a degree in political studies. After graduating, Harvie moved to Vancouver with her family in 1987, where she took up a two-year course at the Vancouver Playhouse Theatre School.

Her love of stand-up comedy and improv led to extra work in TheatreSports. After training at the Vancouver Playhouse Acting School, Harvie embarked on years of theatre touring British Columbia's schools with "Greenthumb Theatre", performing in scads of Fringe Festivals and then the big stages.

As part of the Vancouver TheatreSports team, Harvie won the 1995 Just for Laughs Improv Tournament championship held in Montreal, beating competitors from across the world. [1]

Harvie also appeared in Cupid , The X-Files , Nightscream and The 6th Day . She received a gold medal in CBC's 1998 Improv Olympics and a Gemini nomination for Best Comedy Performance in a series or Special. She also took over from Wendie Malick as Burdine Maxwell from the second TV season of Bratz .

She portrayed Candace/Mrs. Bubkes on the YTV teen comedy series, Some Assembly Required .

Alexandra Lecciones Doig is a Canadian actress. She played the title role in the science fiction television series Andromeda (2000–2005). She also played the lead female role of Rowan in the science fiction-action horror film Jason X (2001), the tenth installment of the Friday the 13th film series. Since 2015, Doig has appeared in the Aurora Teagarden mystery television film series on the Hallmark Movies & Mysteries channel.

Thing T. Thing, often referred to as just Thing, is a fictional character in The Addams Family series. Thing was originally conceived as a whole creature that was too horrible to see in person. The only part of it that was tolerable was its human hand. The Addamses called it "Thing" because it was something that could not be identified. Thing was changed to a disembodied hand for the 1991 and 1993 Addams Family films, a depiction retained throughout subsequent adaptations. Since retiring from the movie industry he has started his own football agency with his brother. They current represent Martin Payero of Middlesbrough FC

Morticia Addams is a fictional character from The Addams Family television and film series. The character was created by cartoonist Charles Addams in 1933.

Peter John DeLuise is an American actor, television director, television producer, and screenwriter, known for his role as Officer Doug Penhall in the Fox TV series 21 Jump Street, and for directing and writing episodes of science fiction television shows, particularly in the Stargate franchise. He is the son of actors Dom DeLuise and Carol Arthur.

Martin Cummins is a Canadian actor known for his role as Ames White in Dark Angel (2001–2002), and in Poltergeist: The Legacy. 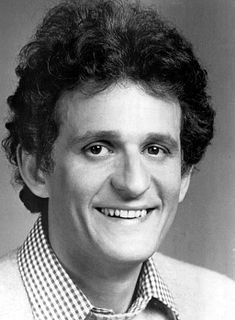 Peter Bonerz is an American actor and director.

Addams Family Reunion is a 1998 American direct-to-video comedy horror children's film based on the characters from the cartoon created by cartoonist Charles Addams. Directed by Dave Payne, the film was intended to serve as a pilot for a new proposed television series produced by Saban. The film stars Daryl Hannah and Tim Curry as Morticia and Gomez Addams respectively while Carel Struycken and Christopher Hart's hand are the only ones to reprise their roles from the last two films. The film's plot focused on the eccentric, macabre aristocratic Addams family mistakenly arriving at the wrong family reunion and encountering a man who seeks to commit murder in order to inherit a fortune. 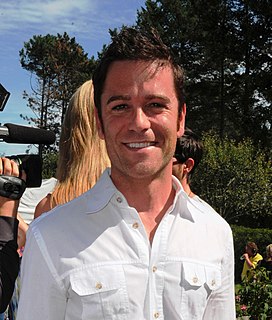 The Addams Family is an American macabre/black comedy sitcom based on the characters from Charles Addams' New Yorker cartoons. The 30-minute television series was created by David Levy and Donald Saltzman and shot in black-and-white, airing for two seasons on ABC from September 18, 1964, to April 8, 1966, for a total of 64 episodes. The show is also notable for its opening theme, which was composed and sung by Vic Mizzy.

Thomas Patrick O'Brien has been an American actor since the age of sixteen, having first trained at the American Conservatory Theater in San Francisco, where he appeared in ACT's mainstage productions of The Holdup; and A Midsummer Night's Dream as Puck, opposite Annette Bening.

The New Addams Family is an American-Canadian sitcom that aired from October 1998 to August 2001 on YTV in Canada and Fox Family in the United States and CITV in the United Kingdom on weekends. It was produced by Shavick Entertainment and Saban Entertainment as a revival of the 1960s series The Addams Family. To date, it remains the final Addams Family television series, with only a computer-animated feature succeeding it twenty years later. The series was shot in Vancouver, British Columbia, Canada.

The Addams Family are fictional characters who originated in a series of comics created by Charles Addams.

Aurora Teagarden is a fictional character created by author Charlaine Harris. She is the protagonist of a series of eleven crime novels written from 1990 to 2017. In 2014, Hallmark Movies & Mysteries began broadcasting adaptations of the novels as an original film series entitled The Aurora Teagarden Mysteries, as part of their 'Mystery Wheel' umbrella series with Candace Cameron Bure in the title role.

Shawn Williamson is a Canadian film and television producer based in Vancouver, British Columbia, Canada.

Diana Frances is a Canadian comedian, writer, and business manager. She has written and performed comedy for stage, television and radio for three decades, and served as the managing director of the Vancouver-based Rock Paper Scissors comedy collective. She has been nominated for a Gemini Award and nine Canadian Comedy Awards.