The Emphorini are a tribe of apid bees. 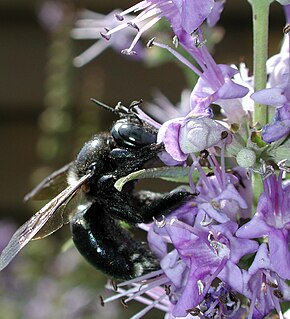 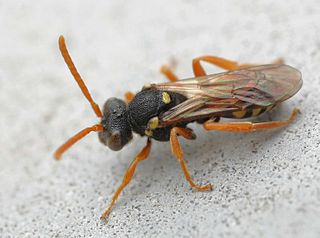 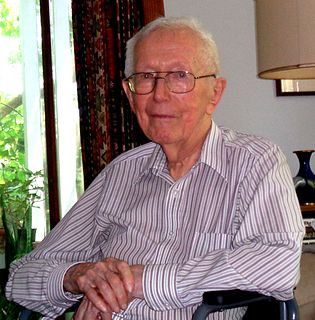 Charles Duncan Michener was an American entomologist born in Pasadena, California. He was a leading expert on bees, his magnum opus being The Bees of the World published in 2000. 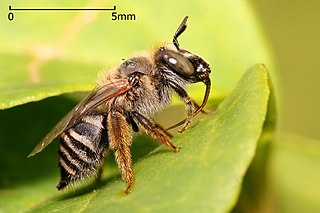 The Eucerini are the most diverse tribe in the family Apidae, with over 32 genera worldwide that were previously classified as members of the family Anthophoridae. All species are solitary, though many nest in large aggregations, and large "sleeping" aggregations of males are found occasionally. Most genera are distinctive in the unusually long male antennae from which the tribe derives its name. They are most diverse in the Western Hemisphere. 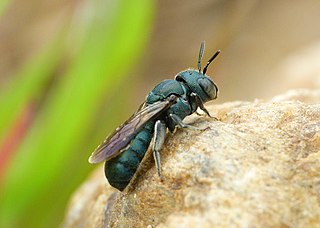 The cosmopolitan bee genus Ceratina, often referred to as small carpenter bees, is the sole lineage of the tribe Ceratinini, and closely related to the more familiar carpenter bees. They make nests in dead wood, stems, or pith, and while many are solitary, a number are subsocial, with mothers caring for their larvae, and in a few cases where multiple females are found in a single nest, daughters or sisters may form very small, weakly eusocial colonies. One species is unique for having both social and asocial populations, Ceratina australensis, which exhibits all of the pre-adaptations for successful group living. This species is socially polymorphic with both solitary and social nests collected in sympatry. Social colonies in that species consist of two foundresses, one contributing both foraging and reproductive effort and the second which remains at the nest as a passive guard. Cooperative nesting provides no overt reproductive benefits over solitary nesting in this population, although brood survival tends to be greater in social colonies. Maternal longevity, subsociality and bivoltine nesting phenology in this species favour colony formation, while dispersal habits and offspring longevity may inhibit more frequent social nesting in this and other ceratinines.

Eulaema is a genus of large-bodied euglossine bees that occur primarily in the Neotropics. They are robust brown or black bees, hairy or velvety, and often striped with yellow or orange, typically resembling bumblebees. They lack metallic coloration as occurs in the related genus Eufriesea. 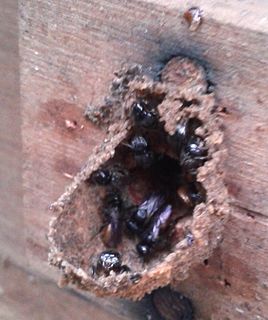 Lestrimelitta is a genus of stingless bees found in the Neotropics, from Mexico to Brazil and Argentina, with 19 known species. They are small, shining black species from 4 to 7 mm in length, with rounded heads and reduced pollen baskets. Unlike most eusocial bees, they do not gather their own pollen and nectar from flowers, thus are not pollinators, but instead they invade the colonies of other stingless bee species and rob their pollen and honey stores. They do not initiate their own nests, but they will "evict" another stingless bee colony from its nest, and convert the pre-existing nest to house their own colony. 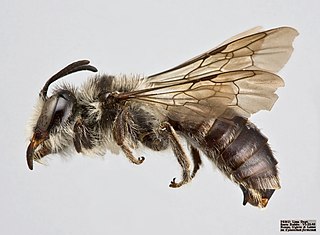 The bee subfamily Alocandreninae contains only one genus and one species, Alocandrena porteri, which is found in Peru. It seems to be restricted to the western side of the Andes Mountains. 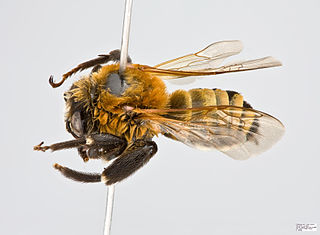 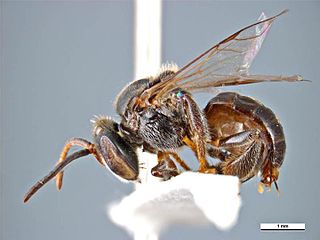 Tetragonula is a genus of stingless bees. In 1961, Brazilian bee expert, Professor J.S. Moure, first proposed the genus name Tetragonula to improve the classification system by dividing the large genus Trigona stingless bees into 9 smaller groups. About 30 stingless bee species formerly placed in the genus Trigona are now placed in the genus Tetragonula. These bees are found in Oceania, in countries such as Australia, Indonesia, New Guinea, Malaysia, Thailand, The Philippines, India, Sri Lanka, and The Solomon Islands. The most recent tabulation of species listed 31 species. 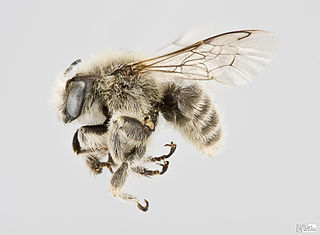 Diadasia is a genus of bees in family Apidae. Species of Diadasia are oligolectic, specialized on a relatively small number of plant species. Their host plants include asters, bindweeds, cacti, mallows, and willowherbs, although mallows are the most common and likely ancestral host plant for the whole genus. Its tribe is Emphorini. In the Sonoran Desert, Diadasia rinconis is considered the "cactus bee" as it feeds almost exclusively on a number of Sonoran Desert cactus species, its life cycle revolving around the flowering of the native species of cacti. 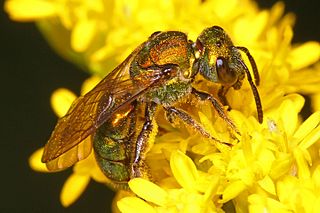 Augochlorini is a tribe of sweat bees in the subfamily Halictinae. They are found in the Nearctic and Neotropic realms. They typically display metallic coloration, with many species that are red, gold, green, blue, or purple.

Triepeolus is a genus of cuckoo bees in the family Apidae. There are at least 140 described species in Triepeolus. 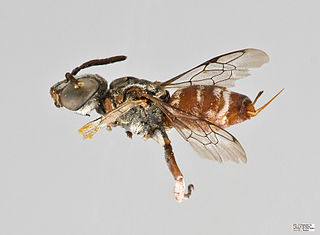 Calliopsini is a tribe of mining bees in the family Andrenidae. There are at least 120 described species in Calliopsini. 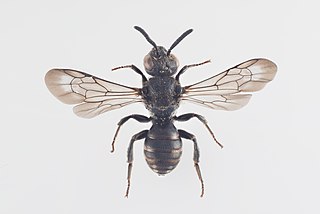 Biastini is a tribe of cuckoo bees in the family Apidae. There are at least 3 genera and about 12 described species in Biastini. 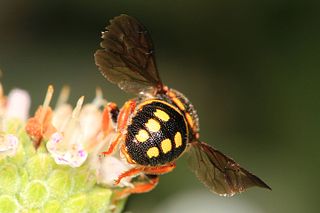 Anthidiini is a tribe of insects in the family Megachilidae. There are at least 40 genera and 840 described species in Anthidiini. 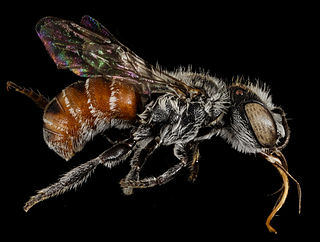 Osmiini is a tribe of leafcutter, mason, and resin bees in the family Megachilidae. There are about 19 genera and at least 1,000 described species in Osmiini. 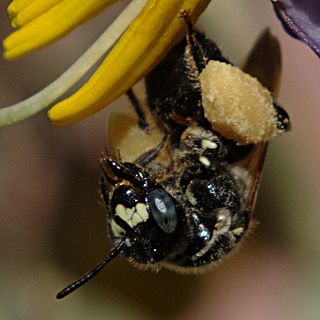 Protandrenini is a tribe of mining bees in the family Andrenidae. There are at least 12 genera and at least 380 described species in Protandrenini.