Extrapolation is an academic journal covering speculative fiction. It was established in 1959 by Thomas D. Clareson and was published at the College of Wooster. In 1979 it moved to the Kent State University Press. A decade later, Clareson stepped down as editor-in-chief and was succeeded by Donald M. Hassler of the KSU English Department. In 2002 the journal was transferred to the University of Texas at Brownsville. [1] At that time Donald M. Hassler became executive editor, and the position of editor was filled by Javier A. Martinez of UTB/TSC's Department of English. In 2007, Hassler retired and the current editors are Martinez, Andrew M. Butler (Canterbury Christ Church University), Gerry Canavan (Marquette University), Rachel Haywood-Ferreira (Iowa State University) and John Rieder (University of Hawaii). The reviews editor is D. Harlan Wilson (Wright State University).

Extrapolation was the first journal to publish academic work on science fiction and fantasy.[ citation needed ] It covers all areas of speculative culture, including print, film, television, comic books, and video games, and particularly encourages papers which consider popular texts within their larger cultural context. The journal publishes papers from a wide variety of critical approaches including literary criticism, Utopian studies, genre criticism, feminist theory, critical race studies, queer theory, and postcolonial theory. It is interested in promoting dialogue among scholars working within a number of traditions and in encouraging the serious study of popular culture.

Joanna Russ was an American writer, academic and radical feminist. She is the author of a number of works of science fiction, fantasy and feminist literary criticism such as How to Suppress Women's Writing, as well as a contemporary novel, On Strike Against God, and one children's book, Kittatinny. She is best known for The Female Man, a novel combining utopian fiction and satire, and the story "When It Changed".

Speculative fiction is a broad category of fiction encompassing genres with certain elements that do not exist in the real world, often in the context of supernatural, futuristic or other imaginative themes. These include, but are not limited to, science fiction, fantasy, horror, superhero fiction, alternate history, utopian and dystopian fiction, and supernatural fiction, as well as combinations thereof.

The Journal of Consciousness Studies is an interdisciplinary peer-reviewed academic journal dedicated entirely to the field of consciousness studies. It was previously edited by Joseph Goguen. It is currently edited by Professor Valerie Gray Hardcastle of the University of Cincinnati. 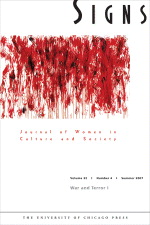 Signs: Journal of Women in Culture and Society is a peer-reviewed feminist academic journal. It was established in 1975 by Jean W. Sacks, Head of the Journals Division, with Catharine R. Stimpson as its first editor in Chief, and is published quarterly by the University of Chicago Press. Signs publishes essays examining the lives of women, men, and non-binary people around the globe from both historical and contemporary perspectives, as well as theoretical and critical articles addressing processes of gendering, sexualization, and racialization.

The Science Fiction Research Association (SFRA), founded in 1970, is the oldest, non-profit professional organization committed to encouraging, facilitating, and rewarding the study of science fiction and fantasy literature, film, and other media. The organization’s international membership includes academically affiliated scholars, librarians, and archivists, as well as authors, editors, publishers, and readers. In addition to its facilitating the exchange of ideas within a network of science fiction and fantasy experts, SFRA holds an annual conference for the critical discussion of science fiction and fantasy where it confers a number of awards, and it produces the quarterly publication, SFRA Review, which features reviews, review essays, articles, interviews, and professional announcements.

Television studies is an academic discipline that deals with critical approaches to television. Usually, it is distinguished from mass communication research, which tends to approach the topic from a social sciences perspective. Defining the field is problematic; some institutions and syllabuses do not distinguish it from media studies or classify it as a subfield of popular culture studies.

Foundation: The International Review of Science Fiction is a critical peer-reviewed literary magazine established in 1972 that publishes articles and reviews about science fiction. It is published triannually by the Science Fiction Foundation. Worlds Without End called it "the essential critical review of science fiction", whilst The Encyclopedia of Science Fiction has called it "perhaps the liveliest and indeed the most critical of the big three critical journals". A long-running feature was the series of interviews and autobiographical pieces with leading writers, entitled "The Profession of Science Fiction", a selection of which was edited and published by Macmillan Publishers in 1992. Several issues have been themed, including #93, published also as part of the Foundation Studies in Science Fiction. The hundredth edition was unusual in that it was an all-fiction issue, including stories by such writers as Vandana Singh, Tricia Sullivan, Karen Traviss, Jon Courtenay Grimwood, John Kessel, Nalo Hopkinson, Greg Egan, and Una McCormack. Back issues of the journal are archived at the University of Liverpool's SF Hub whilst more recent issues can be found electronically via the database providers ProQuest.

Science Fiction Studies (SFS) is an academic journal founded in 1973 by R. D. Mullen. The journal is published three times per year at DePauw University. As the name implies, the journal publishes articles and book reviews on science fiction, but also occasionally on fantasy and horror when the topic also covers some aspect of science fiction as well. Known as one of the major academic publications of its type, Science Fiction Studies is considered the most "theoretical" of the academic journals that publish on science fiction. 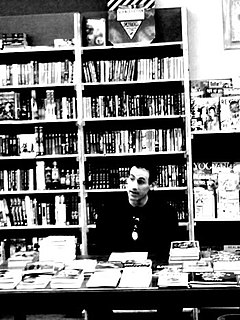 D. Harlan Wilson is an American novelist, short-story writer, critic, playwright and English professor. His body of work bridges the aesthetics of literary theory with various genres of speculative fiction, with Wilson also being recognized as one of the co-founders of bizarro fiction." Among his books is the award-winning novel Dr. Identity, the two-volume short story collection Battle without Honor or Humanity, a monograph on John Carpenter’s They Live and a critical study of the life and work of J. G. Ballard.

Marleen Barr teaches communication and media studies at Fordham University, New York City. She is notable for her significant contributions to science fiction studies, for which she won a Pilgrim Award from the Science Fiction Research Association in 1997. Her primary contributions have been her foundational work in the field of feminist science fiction criticism; her 1981 anthology Future Females: A Critical Anthology "served as an introduction and eye-opener to the field of Feminist Science Fiction."

Science fiction studies is the common name for the academic discipline that studies and researches the history, culture, and works of science fiction and, more broadly, speculative fiction.

Critical reading is a form of language analysis that does not take the given text at face value, but involves a deeper examination of the claims put forth as well as the supporting points and possible counterarguments. The ability to reinterpret and reconstruct for improved clarity and readability is also a component of critical reading. The identification of possible ambiguities and flaws in the author's reasoning, in addition to the ability to address them comprehensively, are essential to this process. Critical reading, much like academic writing, requires the linkage of evidential points to corresponding arguments.

Kenneth Womack is an American writer, literary critic, public speaker, and authority on the cultural influence of the Beatles. He is the author of the bestselling Solid State: The Story of Abbey Road and the End of the Beatles and the forthcoming John Lennon 1980: The Final Days in the Life of Beatle John.

The College of Science, Mathematics and Technology was the science college of the former (1992-2015) University of Texas at Brownsville. It consisted of six academic departments. The six departments employ diverse faculty members - many of whom are leading experts in the fields - who have received funding from a variety of funding agencies, including the National Science Foundation, the National Institutes of Health, the Department of Education and the Department of Defense, among others. The average active ongoing external funding is about 25-30 million dollars. In 2002 the Center for Gravitational Wave Astronomy (CGWA) research center was founded to help "develop excellence in research and education in areas related to gravitational wave astronomy." 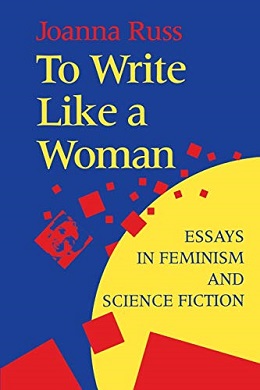 To Write Like a Woman: Essays in Feminism and Science Fiction is a collection of essays by Joanna Russ, published in 1995. Many of the essays previously appeared as letters, in anthologies, or in journals like Science Fiction Studies, Extrapolation, and Chrysalis. Topics range from the work of specific authors to major trends in feminism and science fiction. Through all of these different topics, Russ underlines the importance of celebrating the work of female authors and turning a critical eye on the commentaries and work produced by men. 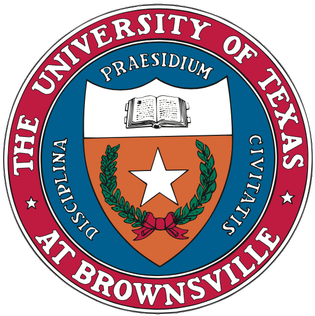 Juliet Villarreal García is an American academic administrator. When she was named president of Texas Southmost College (TSC) in 1986, she became the first Mexican-American female to head a U.S. college or university. After TSC merged with a four-year university in 1991, she served as president of the resulting University of Texas at Brownsville and Texas Southmost College (UTB-TSC), then was president of the University of Texas at Brownsville when it became a separate institution.

Rob Latham is a former professor of English at the University of California, Riverside and a science fiction critic.