A periodical literature (also called a periodical publication or simply a periodical) is a published work that appears in a new edition on a regular schedule. The most familiar example is a newspaper, but a magazine or a journal are also examples of periodicals. These publications cover a wide variety of topics, from academic, technical, trade, and general interest to leisure and entertainment.

Articles within a periodical are usually organized around a single main subject or theme and include a title, date of publication, author(s), and brief summary of the article. A periodical typically contains an editorial section that comments on subjects of interest to its readers. Other common features are reviews of recently published books and films, columns that express the author's opinions about various topics, and advertisements.

Periodicals are typically published and referenced by volume and issue (also known as issue number or number). Volume typically refers to the number of years the publication has been circulated, and issue refers to how many times that periodical has been published during that year. For example, the April 2011 publication of a monthly magazine first published in 2002 would be listed as, "volume 10, issue 4". Roman numerals are sometimes used in reference to the volume number. [1]

When citing a work in a periodical, there are standardized formats such as The Chicago Manual of Style . In the latest edition of this style, a work with volume number 17 and issue number 3 may be written as follows:

Periodicals are often characterized by their period (or frequency) of publication. [5] [6] This information often helps librarians make decisions about whether or not to include certain periodicals in their collection. [7] It also helps scholars decide which journal to submit their paper to. [8]

Periodicals are often classified as either popular or scholarly. Popular periodicals are usually magazines (e.g., Ebony and Esquire ). Scholarly journals are most commonly found in libraries and databases. Examples are The Journal of Psychology and the Journal of Social Work .

Trade magazines are also examples of periodicals. They are written for an audience of professionals in the world. As of the early 1990s, there were over 6,000 academic, business, scientific, technical, and trade publications in the United States alone. [10]

These examples are related to the idea of an indefinitely continuing cycle of production and publication: magazines plan to continue publishing, not to stop after a predetermined number of editions. By contrast, a novel might be published in monthly parts, a method revived after the success of The Pickwick Papers by Charles Dickens. [11] This approach is called part-publication, particularly when each part is from a whole work, or a serial, for example in comic books. It flourished during the nineteenth century, for example with Abraham John Valpy's Delphin Classics, and was not restricted to fiction. [12]

Postal services often carry periodicals at a preferential rate; for example, Second Class Mail in the United States only applies to publications issued at least quarterly. [13]

A magazine is a periodical publication, generally published on a regular schedule, containing a variety of content. They are generally financed by advertising, purchase price, prepaid subscriptions, or by a combination of the three. 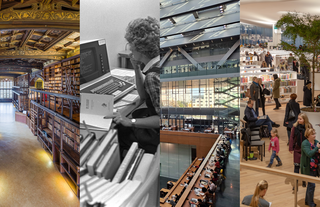 The bibliographical definition of an edition includes all copies of a book printed from substantially the same setting of type, including all minor typographical variants.

The Society for the Diffusion of Useful Knowledge (SDUK) was founded in London in 1826, mainly at the instigation of Whig MP Henry Brougham, with the object of publishing information to people who were unable to obtain formal teaching or who preferred self-education. It was a largely Whig organisation, and published inexpensive texts intended to adapt scientific and similarly high-minded material for the rapidly-expanding reading public over twenty years until it was disbanded in 1846. 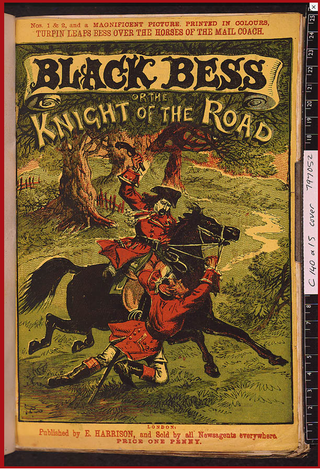 Penny dreadfuls were cheap popular serial literature produced during the nineteenth century in the United Kingdom. The pejorative term is roughly interchangeable with penny horrible, penny awful, and penny blood. The term typically referred to a story published in weekly parts of 8 to 16 pages, each costing one penny. The subject matter of these stories was typically sensational, focusing on the exploits of detectives, criminals, or supernatural entities. First published in the 1830s, penny dreadfuls featured characters such as Sweeney Todd, Dick Turpin, Varney the Vampire, and Spring-heeled Jack.

Annual publications, more often simply called annuals, are periodical publications appearing regularly once per year. Although exact definitions may vary, types of annuals include: calendars and almanacs, directories, yearbooks, annual reports, proceedings and transactions and literary annuals. A weekly or monthly publication may produce an Annual featuring similar materials to the regular publication. Some encyclopedias have published annual supplements that essentially summarize the news of the past year, similar to some newspaper yearbooks.

In publishing and library and information science, the term serial is applied to materials "in any medium issued under the same title in a succession of discrete parts, usually numbered and appearing at regular or irregular intervals with no predetermined conclusion."

The term serials crisis has become a common shorthand to describe the chronic subscription cost increases of many serial publications such as scholarly journals. The prices of these institutional or library subscriptions have been rising much faster than the Consumer Price Index for several decades, while the funds available to the libraries have remained static or have declined in real terms. As a result, academic and research libraries have regularly canceled serial subscriptions to accommodate price increases of the remaining current subscriptions. Increased prices have also led to the increased popularity in shadow libraries. On August 25, 2022 US Office of Science and Technology Policy under Biden's administration issued guidance to make all federally funded research in the USA freely available without delay.

CODEN – according to ASTM standard E250 – is a six-character, alphanumeric bibliographic code that provides concise, unique and unambiguous identification of the titles of periodicals and non-serial publications from all subject areas. 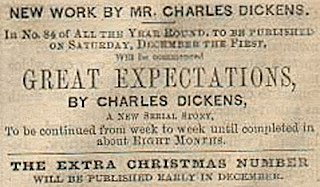 In literature, a serial is a printing or publishing format by which a single larger work, often a work of narrative fiction, is published in smaller, sequential instalments. The instalments are also known as numbers, parts or fascicles, and may be released either as separate publications or within sequential issues of a periodical publication, such as a magazine or newspaper.

Electrician and Mechanic was an American science and technology magazine published from 1890 to January 1914 when it merged with Modern Electrics to become Modern Electrics & Mechanics. In July 1914, incorporated with Popular Electricity and the World's Advance and the title became Popular Electricity and Modern Mechanics. The new publisher, Modern Publishing, began a series of magazine mergers and title changes so numerous that librarians began to complain. In October 1915 the title became Popular Science Monthly and the magazine is still published under that name today.

A volume is a physical book. It may be printed or handwritten. The term is commonly used to identify a single book that is part of a larger collection. Volumes are typically identified sequentially with Roman or Arabic numerals, e.g. "volume 3" or "volume III", commonly abbreviated to "Vol.".

Wikisource has the text of the 1911 Encyclopædia Britannica article " Periodicals ".
This page is based on this Wikipedia article
Text is available under the CC BY-SA 4.0 license; additional terms may apply.
Images, videos and audio are available under their respective licenses.