Football in the Democratic Republic of the Congo

Football is the most popular sport played in the Democratic Republic of the Congo. The national football team has won the African Cup of Nations twice: in 1968 and 1974 under the nations' former name Zaire. The national team qualified for the World Cup in 1974, their only appearance in that tournament. [1] [2]

At club level, in the 2010 FIFA Club World Cup, TP Mazembe made history as the first ever African club to reach a FIFA tournament final, beating the 2010 Copa Libertadores champions SC Internacional in the semifinals and losing to European Champions Internazionale in the final. [3] [4] [5] [6] 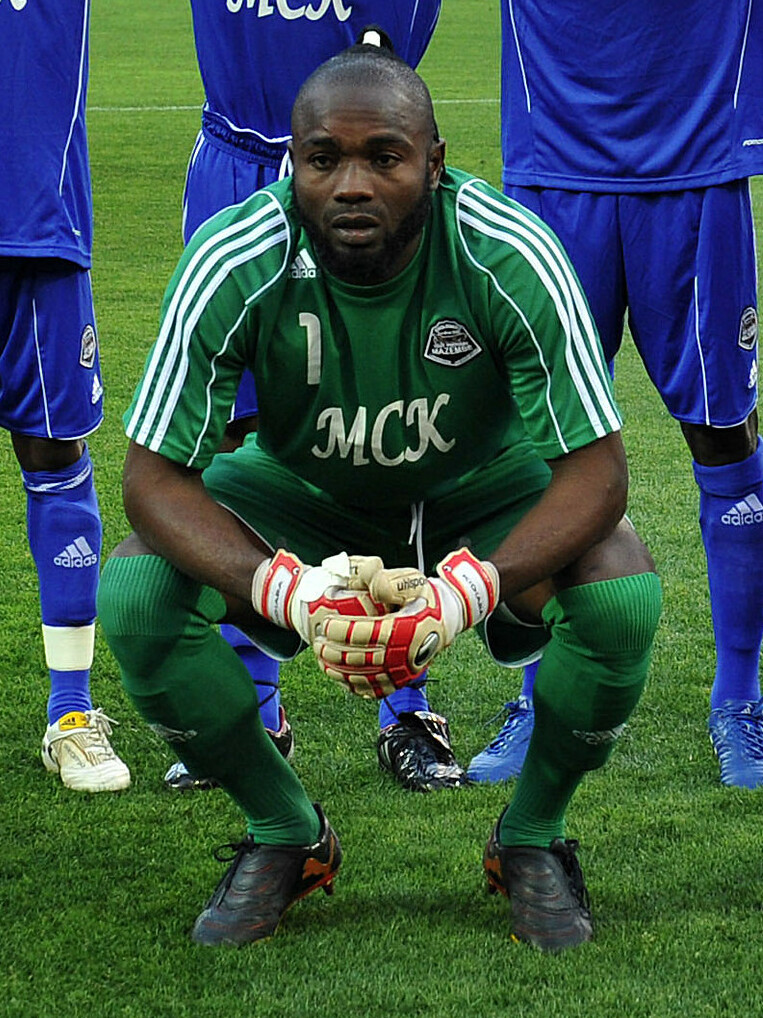 Robert Kidiaba Muteba is a Congolese politician and former professional footballer who played as a goalkeeper. He spent most of his club career with TP Mazembe, whilst at international level he collected 61 caps playing for the DR Congo national team.

Joseph Mwepu Ilunga was a football defender from Zaire. His name is also written as Alunga Mwepu. 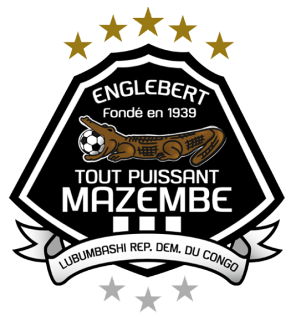 Tout Puissant Mazembe, commonly referred to as TP Mazembe, is a Congolese professional football club based in Lubumbashi.

The Vodacom Ligue 1 is the top division of the Congolese Association Football Federation, the governing body of football in the Democratic Republic of the Congo. It was created in 1958. In 2013, the highest attendance was set in the match DC Motema Pembe - AS Vita Club, which saw an attendance of 80,000 football fans at Stade des Martyrs. TP Mazembe is the most successful club with 17 titles.

The 2010 FIFA Club World Cup was a football tournament that was played from 8 to 18 December 2010. It was the 7th FIFA Club World Cup and was hosted by the United Arab Emirates. Other countries that placed bids were Australia and Japan. Portugal had initially placed a bid, but later withdrew from the process.

Stoppila Sunzu, also known as Stophira Sunzu, is a Zambian professional footballer who plays as a centre-back for Shijiazhuang Ever Bright. He scored the winning penalty kick for Zambia in the 2012 Africa Cup of Nations Final.

Trésor Mputu Mabi is a Congolese footballer who plays as a midfielder or striker for TP Mazembe and the DR Congo national team.

Alain Kaluyituka is a DR Congo association football player who is currently playing as a forward. He has represented his country Congo DR 30 times, scoring 9 times. He has also represented his former club TP Mazembe in International football in both CAF Champions League and the FIFA Club World Cup.

Patou Kabangu is a Congolese football midfielder who most recently played for TP Mazembe in the Congolese Linafoot league and DR Congo national football team.

The 2010 FIFA Club World Cup Final was the final match of the 2010 FIFA Club World Cup, an association football tournament for the champion clubs from each of FIFA's six continental confederations. The match took place at the Sheikh Zayed Stadium, Abu Dhabi, on 18 December 2010, and pitted TP Mazembe of the Democratic Republic of the Congo, the CAF club champions, against Internazionale of Italy, the UEFA club champions. It was the first time that a club from outside Europe or South America was involved in contesting the final.

Joël Kimwaki Mpela is a Congolese professional footballer who plays as a centre-back for FC Renaissance du Congo. He made 52 appearances for the DR Congo national team scoring 3 goals.

Deo Kanda A Mukok is a Congolese footballer who plays for Tanzanian club Simba as a forward.

Guelassiognon Sylvain Gbohouo is an Ivorian professional footballer who plays for Mazembe as a goalkeeper and the Ivory Coast.