Girl Next Door was a Japanese pop musical trio that debuted in 2008 on the Avex Trax label. The band consists of vocalist Chisa, guitarist Yuji Inoue and Daisuke Suzuki on keyboard. On September 3, 2013, the group's fifth anniversary, the band formally announced plans to dissolve Girl Next Door within the year. [1] Their final performance as a group was held at SHIBUYA-AX on December 8, 2013.

Girl Next Door was formed in March, and subsequently made their official debut in September 2008. Originally a dancer in the Kansai area, Chisa entered the Avex Artist Academy in 2005, and met Daisuke Suzuki (keyboardist) who was a respectable songwriter. Chisa and Suzuki recorded many demo tracks which eventually caught the eye of Avex CEO, Max Matsuura. Yuji Inoue(Guitarist) then joined the two, and Girl Next Door was formed and debuted with their 1st single: " Gūzen no Kakuritsu " (偶然の確率) in September 2008.

Chisa was born on November 16, 1985 and grew up in Hyōgo Prefecture. Her full name is Chisa Maekawa (前川 千紗). Girl Next Door's debut single, "Gūzen no Kakuritsu", was placed online on several sites from May 29, 2008. As of July 2008 [update] , there were two million views. Over a period of three months from their debut, they have released three singles. On December 24, 2008, they released their self-titled debut album including songs from the three singles. On December 22, 2008, the band's official fanclub "Next Door" opened.

The band's fifth single "Infinity" was released on June 10, 2009. It is also the theme song for the 2009 Spring TV show Atashinchi no Danshi and became their first No. 1 single on Oricon weekly single charts. [2] They also sang the OP song of the game Tales of VS. using the song "Be Your Wings". The trio released their 6th single "Be Your Wings/Friendship/Wait for You" on August 5, 2009. It was their first triple A-side single.

On January 20, 2010, they released their second album Next Future including songs from the four singles and became their first No. 1 album with the first week sales of around 56,000 copies on Oricon weekly album charts. [3] [4]

AAA are a 5-member Japanese pop group signed to the label Avex Trax which debuted in September 2005. The name has the meaning of challenging everything, and the group is marketed by their label as a "super performance unit".

Lee Ayumi, professionally known as Ayumi in South Korea and Yumi Itō in Japan, is a Japanese-born South Korean singer, actress and entertainer based in Japan and South Korea. She debuted under the stage name Ahyoomee in 2001, as the leader and lead vocal of South Korean girl group Sugar until the group's disbandment in 2006. Following the disbandment, Lee embarked on a solo career in South Korea under SM Entertainment, releasing two digital singles. In 2008, she returned to Japan and began an acting career under the Japanese stage name Yumi Itō. In 2009, she debuted as a singer in Japan, under Avex's Rhythm Zone, taking the stage name Iconiq and released a studio album, an EP, and seven digital singles. 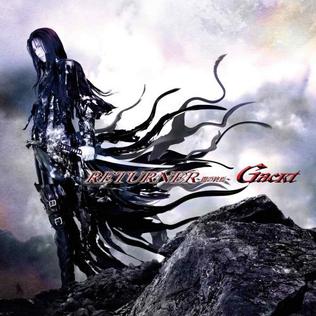 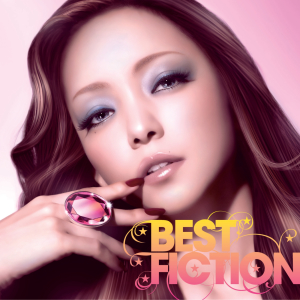 Best Fiction is the third greatest hits album by Japanese recording artist Namie Amuro, and the final greatest hits release under her Avex Trax, her record company since 1995. The release follows her two previous greatest hits albums, 181920 (1998) and Love Enhanced Single Collection (2002). The compilation was released as a stand-alone CD and a CD packaging including music videos on a DVD. The album includes two new tracks; "Sexy Girl" and "Do Me More", and spawned an extended play 60s 70s 80s.

"Beautiful" is Mai Kuraki's thirty-second single, released on June 10, 2009. The single comes in two formats: limited CD+DVD edition and regular edition. It sold 29,446 copies in its first week and peaked at #2. 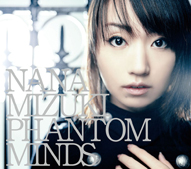 "Phantom Minds" is the 21st single by Japanese singer and voice actress Nana Mizuki, released on January 13, 2010, by King Records. The single debuted at number one on Oricon weekly charts, becoming the first voice actress single to top the charts. It is also her current highest selling single.

10 My Me is Japanese pop girl group Morning Musume's tenth studio album. It was released March 17, 2010 in both a regular and limited edition. The normal edition came with a photocard, depicting a similar picture to the limited edition cover. The limited edition was packaged with a bonus DVD and had a different, black cover. The title of the album is a pun: "10 My Me" is read as "Jū-maime" (じゅうまいめ) in Japanese, which literally means "tenth album". The album contains vocals from former member Koharu Kusumi who graduated from the group in December 2009; she is not credited.

"Gūzen no Kakuritsu" is the debut single by the band Girl Next Door and it was released on September 3, 2008. It is the theme song for the Japanese show CDTV while the B-side Breath was used as the ending theme for Uwasa no Tokyo Magazine.

Change Myself is Japanese pop musician Iconiq's debut album, released on March 10, 2010. The album was initially planned for a February 24 release, which was postponed for two weeks. 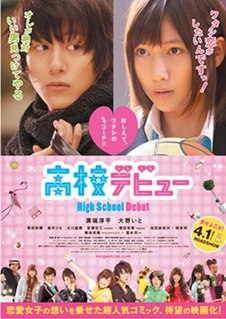 High School Debut is a 2011 Japanese film directed by Tsutomu Hanabusa and based on the manga of the same name. It was released in cinemas in Japan on 1 April 2011.

"Jiyū e no Shingeki" is the second single by Japanese band Linked Horizon. It was released on July 10, 2013 through Pony Canyon. The single has been certified Platinum by the RIAJ for sales in the band's home country of Japan, with over 250,000 copies sold, peaking at number two on the Oricon chart. Its tracks "Guren no Yumiya" and "Jiyū no Tsubasa" are used as the opening themes of the 2013 anime adaptation of Attack on Titan. "Guren no Yumiya" was a hit, peaking at number one on the Billboard Japan Hot 100 and fourth place on the Billboard World Digital Song Sales, and received a digital download song certification of Double Platinum from the RIAJ for sales of 500,000.

Girls is the debut Japanese extended play by Exo-CBX, the first official sub-unit of the South Korean-Chinese boy group Exo. It was released on May 24, 2017 by Avex Trax and distributed by Avex Music Creative. The EP features seven tracks in total including the Japanese version of their debut Korean single Hey Mama! and a bonus track that will be included only in the first edition of the album.