Girl Rising is a global movement for girls' education, based primarily around a 2013 feature film, Girl Rising . [1]

Journalists of the Documentary Group founded Girl Rising as an organization and campaign called 10x10. Originally, the film team hoped to profile ten girls from ten countries, but settled for nine, due to budget and time constraints. [5] [6] 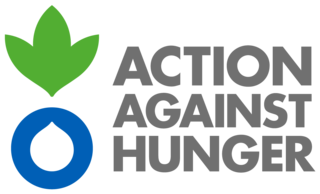 Action Against Hunger is a global humanitarian organization which originated in France and is committed to ending world hunger. The organization helps malnourished children and provides communities with access to safe water and sustainable solutions to hunger.

Dubai Cares is a UAE-based global philanthropic organization. It was founded on September 19, 2007 by His Highness Sheikh Mohammed bin Rashid Al Maktoum, Vice President and Prime Minister of the UAE and Ruler of Dubai.

The 2011 AIBA World Boxing Championships was held at the Heydar Aliyev Sports and Exhibition Complex in Baku, Azerbaijan from September 22, 2011 to October 10, 2011. 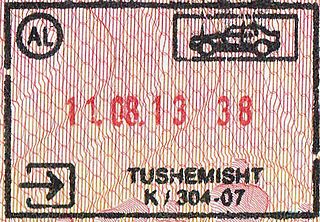 Visitors to Albania must obtain a visa from one of the Albanian diplomatic missions unless they come from one of the visa exempt countries or are qualified for visa-free entry. 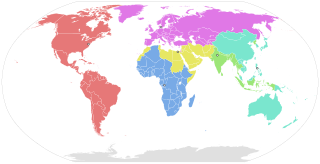 The World Health Organization (WHO) divides the world into six WHO regions, for the purposes of reporting, analysis and administration.

World Computer Exchange (WCE) is a United States and Canada based charity organization whose mission is "to reduce the digital divide for youth in developing countries, to use our global network of partnerships to enhance communities in these countries, and to promote the reuse of electronic equipment and its ultimate disposal in an environmentally responsible manner." According to UNESCO, it is North America's largest non-profit supplier of tested used computers to schools and community organizations in developing countries.

Visitors to Honduras must obtain a visa from one of the Honduran diplomatic missions unless they come from one of the visa exempt countries. All visitors must hold a passport valid for 3 months.

The list below includes lists of High Commissioners of the United Kingdom, who fulfil the function of ambassadors in fellow countries of the Commonwealth of Nations.