A hazard map is a map that highlights areas that are affected by or are vulnerable to a particular hazard. They are typically created for natural hazards, such as earthquakes, volcanoes, landslides, flooding and tsunamis. Hazard maps help prevent serious damage and deaths. [1] 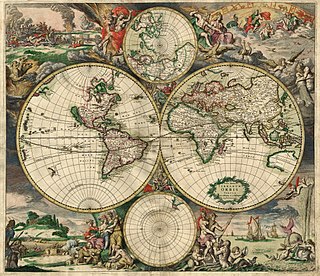 A natural hazard is a natural phenomenon that might have a negative effect on humans or the environment. Natural hazard events can be classified into two broad categories: geophysical and biological. Geophysical hazards encompass geological and meteorological phenomena such as earthquakes, volcanic eruptions, wildfires, cyclonic storms, floods, droughts, avalanches and landslides. Biological hazards can refer to a diverse array of disease, infection, infestation and invasive species.

Hazard maps are created and used in conjunction with several natural disasters. [1] Different hazard maps have different uses. For instance, the hazard map created by the Rizal Geological Survey is used by Rizalian insurance agencies in order to properly adjust insurance for people living in hazardous areas. [2] Hazard maps created for flooding are also used in insurance rate adjustments. [3] Hazard maps can also be useful in determining the risks of living in a certain area. [3] Hazard maps can help people become aware of the dangers they might face from natural disasters in a specific area. [1] 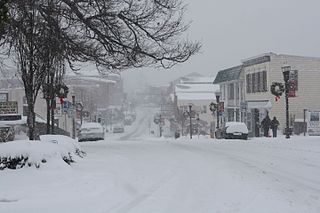 A natural disaster is a major adverse event resulting from natural processes of the Earth; examples are floods, hurricanes, tornadoes, volcanic eruptions, earthquakes, tsunamis, and other geologic processes. A natural disaster can cause loss of life or damage property, and typically leaves some economic damage in its wake, the severity of which depends on the affected population's resilience, or ability to recover and also on the infrastructure available.

A seismic hazard is the probability that an earthquake will occur in a given geographic area, within a given window of time, and with ground motion intensity exceeding a given threshold. With a hazard thus estimated, risk can be assessed and included in such areas as building codes for standard buildings, designing larger buildings and infrastructure projects, land use planning and determining insurance rates. The seismic hazard studies also may generate two standard measures of anticipated ground motion, both confusingly abbreviated MCE; the simpler probabilistic Maximum Considered Earthquake, used in standard building codes, and the more detailed and deterministic Maximum Credible Earthquake incorporated in the design of larger buildings and civil infrastructure like dams or bridges. It is important to clarify which MCE is being discussed.

Earthquake preparedness is a set of measures taken at the individual, organisational and societal level to minimise the effects of an earthquake. Preparedness measures can range from securing heavy objects, structural modifications and storing supplies, to having insurance, an emergency kit, and evacuation plans.

Urban seismic risk is a subset of the general term seismic risk which describes the problems specific to centers of population when they are subjected to earthquakes. Many risks can be minimized with good earthquake construction, and seismic analysis. One of the best ways to deal with the issue is through an earthquake scenario analysis.

Peak ground acceleration (PGA) is equal to the maximum ground acceleration that occurred during earthquake shaking at a location. PGA is equal to the amplitude of the largest absolute acceleration recorded on an accelerogram at a site during a particular earthquake. Earthquake shaking generally occurs in all three directions. Therefore, PGA is often split into the horizontal and vertical components. Horizontal PGAs are generally larger than those in the vertical direction but this is not always true, especially close to large earthquakes. PGA is an important parameter for earthquake engineering, The design basis earthquake ground motion (DBEGM) is often defined in terms of PGA.

Induced seismicity refers to typically minor earthquakes and tremors that are caused by human activity that alters the stresses and strains on the Earth's crust. Most induced seismicity is of a low magnitude. A few sites regularly have larger quakes, such as The Geysers geothermal plant in California which averaged two M4 events and 15 M3 events every year from 2004 to 2009.

A disaster area is a region or a locale, heavily damaged by either natural, technological or social hazards. Disaster areas affect the population living in the community by dramatic increase in expense, loss of energy, food and services; and finally increase the risk of disease for citizens. An area that has been struck with a natural, technological or sociological hazard that opens the affected area for national or international aid.

Flood insurance denotes the specific insurance coverage against property loss from flooding. To determine risk factors for specific properties, insurers will often refer to topographical maps that denote lowlands, floodplains and floodways that are susceptible to flooding. 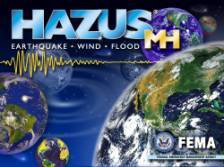 Brian E. Tucker is a seismologist specializing in disaster prevention. He is also the founder of GeoHazards International (GHI), a non-profit dedicated to ending preventable death and suffering caused by natural disasters in the world’s most vulnerable communities.

CRESTA was founded as a joint project of Swiss Reinsurance Company, Gerling-Konzern Globale Reinsurance Company, and Munich Reinsurance Company. CRESTA has set itself the aim of establishing a globally uniform system for the accumulation risk control of natural hazards - particularly earthquakes, storms and floods. Those risk zones are essentially based on the observed and expected seismic activity, as well as on other natural disasters, such as droughts, floods and storms. CRESTA zones regard the distribution of insured values within a region or country for easier assessment of risks. CRESTA Zones are the essential basis for reinsurance negotiation and portfolio analysis. Nowadays, CRESTA sets widely accepted standards which apply throughout the international insurance industry. CRESTA zone information is used by most insurers for assessing the insurance catastrophe premiums they will charge.

Mirabeau is a commune in the Alpes-de-Haute-Provence department in southeastern France.

A hazard is an agent which has the potential to cause harm to a vulnerable target. The terms "hazard" and "risk" are often used interchangeably. However, in terms of risk assessment, they are two very distinct terms. A hazard is any agent that can cause harm or damage to humans, property, or the environment. Risk is defined as the probability that exposure to a hazard will lead to a negative consequence, or more simply, a hazard poses no risk if there is no exposure to that hazard. 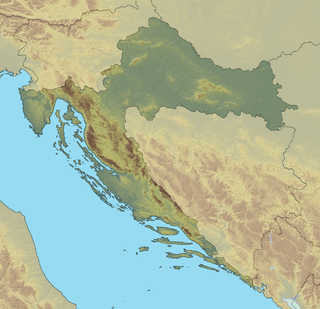 The earthquake in Dubrovnik in 1667 was one of the two most devastating earthquakes to hit the area of modern Croatia in the last 2,400 years, since records began. The entire city was almost destroyed and around 5,000 people were killed. The city's Rector Simone Ghetaldi was killed and over three quarters of all public buildings were destroyed. At the time, Dubrovnik was the capital of the Republic of Ragusa. The earthquake marked the beginning of the end of the Republic.

A volcanic hazard is the probability that a volcanic eruption or related geophysical event will occur in a given geographic area and within a specified window of time. The risk that can be associated with a volcanic hazard depends on the proximity and vulnerability of an asset or a population of people near to where a volcanic event might occur.

Coastal Hazards are physical phenomena that expose a coastal area to risk of property damage, loss of life and environmental degradation. Rapid-onset hazards last over periods of minutes to several days and examples include major cyclones accompanied by high winds, waves and surges or tsunamis created by submarine earthquakes and landslides. Slow-onset hazards develop incrementally over longer time periods and examples include erosion and gradual inundation.

The 2009–19 Oklahoma earthquake swarms are a series of human activity-induced earthquakes affecting central Oklahoma, southern Kansas, northern Texas. Beginning in 2009, the frequency of earthquakes in the U.S. state of Oklahoma rapidly increased from an average of fewer than two 3.0+ magnitude earthquakes per year since 1978 to hundreds each year in the 2014–17 period. Thousands of earthquakes have occurred in Oklahoma and surrounding areas in southern Kansas and North Texas since 2009. Scientific studies attribute the rise in earthquakes to the disposal of wastewater produced during oil extraction that has been injected more deeply into the ground.

GeoHazards International (GHI) is a 501(c)(3) non-profit organization dedicated to ending preventable death and suffering caused by natural disasters in the world's most vulnerable communities. Founded in 1991, GHI is the first non-profit, nongovernmental organization dedicated to mitigating earthquake, tsunami, and landslide risks in the world's poorest and most at-risk regions. Its solutions emphasize preparedness, mitigation, and building local capacity in order to manage risk.