Helaine Selin (born 1946) is an American librarian, historian of science, ethnomathematician, author and the editor of several bestselling books.

Selin attended Binghamton University, where she earned her bachelor's degree. [1] She received her MLS from SUNY Albany. [1] She was a Peace Corps volunteer [1] from the fall of 1967 through the summer of 1969 as an English teacher in Malawi. She retired in 2012 from being the science librarian at Hampshire College. 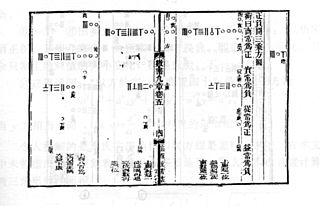 Ajima Naonobu, also known as Ajima Manzō Chokuyen, was a Japanese mathematician of the Edo period.

Japanese mathematics denotes a distinct kind of mathematics which was developed in Japan during the Edo period (1603–1867). The term wasan, from wa ("Japanese") and san ("calculation"), was coined in the 1870s and employed to distinguish native Japanese mathematical theory from Western mathematics.

Paṇḍita Jagannātha Samrāṭ (1652–1744) was an Indian astronomer and mathematician who served in the court of Jai Singh II of Amber, and was also his guru.

Lalla was an Indian mathematician, astronomer, and astrologer who belonged to a family of astronomers. Lalla was the son of Trivikrama Bhatta and the grandson of Śâmba. He lived in central India, possibly in the Lāṭa region in modern south Gujarat. Lalla was known as being one of the leading Indian astronomers of the eighth century. Only two of his works are currently thought to be extant. 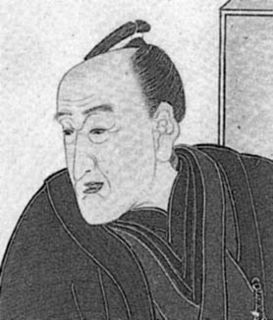 Aida Yasuaki also known as Aida Ammei, was a Japanese mathematician in the Edo period.

Takebe Katahiro, also known as Takebe Kenkō, was a Japanese mathematician and cartographer during the Edo period. 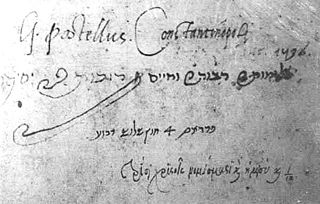 Abū Muḥammad 'Abd al-Jabbār al-Kharaqī, also Al-Kharaqī was a Persian astronomer and mathematician of the 12th century, born in Kharaq near Merv. He was in the service of Sultan Sanjar at the Persian Court. Al-Kharaqī challenged the astronomical theory of Ptolemy in the Almagest, and established an alternative theory of the spheres, imagining huge material spheres in which the planets moved inside tubes.

Abu Muhammad Abd al-Haqq al‐Ghafiqi al‐Ishbili, known as Ibn al‐Hāʾim was a medieval Muslim astronomer and mathematician from Seville in Al-Andalus. He began his studies as a mathematician and studied the works of Al-Jayyani and Jabir ibn Aflah. He was the author of the al‐Zīj al‐kāmil fī al‐talim.

Abu Muhammad 'Abdallah ibn Muhammad ibn Hajjaj ibn al-Yasmin al-Adrini al-Ishbili more commonly known as ibn al-Yasmin, was a Berber mathematician. His place of birth is unknown, but he received his education in Sevilla, Spain. Little is known of his personal life, except that he was born into a Berber family. and according to Ibn Sa'id, he was black like his mother. Since some historians have given him the surname al-Ishbili, he may have been born or grown up in Seville. Beside mathematics, he also became famous in literature, law, and particularly in Andalusian poetry.

Al-Hassar or Abu Bakr Muhammad ibn Abdallah ibn Ayyash al-Hassar was a Muslim mathematician from Morocco, living in the 12th century. He is the author of two books Kitab al-bayan wat-tadhkar, a manual of calculation and Kitab al-kamil fi sinaat al-adad, on the breakdown of numbers. The first book is lost and only a part of the second book remains.

The modern constellation Reticulum is not included in the Three Enclosures and Twenty-Eight Mansions system of traditional Chinese uranography because its stars are too far south for observers in China to know about them prior to the introduction of Western star charts. Based on the work of Xu Guangqi and the German Jesuit missionary Johann Adam Schall von Bell in the late Ming Dynasty, this constellation has been classified as two of the 23 Southern Asterisms under the name Snake's Head and White Patches Attached.

Ubiratan D'Ambrosio is a Brazilian mathematics educator and historian of mathematics.

Encyclopaedia of the History of Science, Technology, and Medicine in Non-Western Cultures is an encyclopedia edited by Helaine Selin and published by Kluwer Academic Publishers in 1997, with a second edition in 2008, and third edition in 2016.

The modern constellation Sculptor is not included in the Three Enclosures and Twenty-Eight Mansions system of traditional Chinese uranography because its stars are too far south for observers in China to know about them prior to the introduction of Western star charts. Based on the work of Xu Guangqi and the German Jesuit missionary Johann Adam Schall von Bell in the late Ming Dynasty, this constellation has been classified as one of the 23 Southern Asterisms under the name Firebird, together with the stars in Phoenix.

Liu Hong (129–210), courtesy name Yuanzhuo, was a Chinese official, astronomer and mathematician who lived in the late Eastern Han dynasty. He developed a work on predicting the passage of the moon which was in use during the Three Kingdoms period of China.

Xu Yue was a second-century mathematician, born in Donglai, in present-day Shandong province, China. Little is known of his life except that he was a student of Liu Hong, an astronomer and mathematician in second century China, and had frequent discussions with the Astronomer-Royal of the Astronomical Bureau.