Robert Stanford Brown, nicknamed "The Boomer" is a former American football offensive tackle in the National Football League from 1964 through 1973. He was drafted by the Philadelphia Eagles as the second overall pick in the 1964 NFL draft. He played for the Eagles from 1964 to 1968, the Los Angeles Rams from 1969 to 1970, and the Oakland Raiders from 1971 to 1973. He played college football at Nebraska. Brown was inducted into the College Football Hall of Fame in 1993 and the Pro Football Hall of Fame in 2004.

The 1973 Cleveland Browns season was the team's 24th season with the National Football League. After a solid 1972 season, which included a playoff appearance, the Browns got off to a solid start, winning three of their first four games on the way to a 7-3-1 start. However, the Browns did not win another game the rest of the season and settled for third place with a 7-5-2 record. 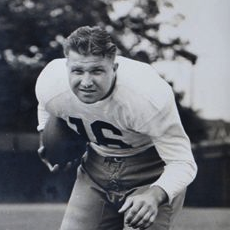 The 2005 Toronto Argonauts season was the 48th season for the team in the Canadian Football League and 133rd season overall. The Argonauts finished the regular season 11–7 and finished in first place in the East Division.

Martell Mallett is a former Canadian football running back. He was signed by the BC Lions of the Canadian Football League as a street free agent in 2009. He played college football at Arkansas at Pine Bluff.

The 1970 Calgary Stampeders finished in 3rd place in the Western Conference with a 9–7 record. They appeared in the Grey Cup where they lost to the Montreal Alouettes. 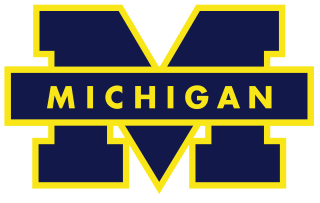 McKinnis is a surname. Notable people with the surname include:

Halver "Buddy" Brown, Jr. is a former American football player. He played offensive guard for the University of Alabama Crimson Tide from 1971 through 1973 and was a member of the 1973 national championship team and a consensus selection to the 1973 College Football All-America Team. After his collegiate career, Brown played professionally for the Birmingham Americans in 1974 and the Winnipeg Blue Bombers from 1975 through 1979.

Simone McKinnis is a former Australia netball international and the current head coach of Melbourne Vixens in Suncorp Super Netball. As a player she was a member of the Australia teams that won gold medals at the 1991 and 1995 World Netball Championships, the 1993 World Games and the 1998 Commonwealth Games. She also captained the Melbourne Phoenix team that won the 1997 Commonwealth Bank Trophy. She was head coach when Vixens won the 2014 ANZ Championship and the 2020 Suncorp Super Netball titles. In 1992, McKinnis was awarded the Medal of the Order of Australia and in 2010 was inducted into the Netball Australia Hall of Fame.