The Daughters of Rebekah, also known as the Rebekahs and the International Association of Rebekah Assemblies, is an international service-oriented organization and a branch of the Independent Order of Odd Fellows. It was initially designed as the female auxiliary of the IOOF, [1] but now allows both female and male members. [2]

It is one of the units of the IOOF, but women need not be related to an Odd Fellow to be a member of the Rebekahs. As long as she meets the moral, ethical and age requirement for admission, any woman may join. In most jurisdictions, women aged 16 or 18 years old and above can join a Rebekah Lodge. [3]

The general duties of the members of this unit are, “To live peaceably, do good unto all, as we have opportunity and especially to obey the Golden Rule, Whatsoever ye would that others should do unto you, do ye even so unto them.” [3]

In 1850, Schuyler Colfax was tasked to write a Degree for women. The Rebekah Lodges were founded on 20 September 1851, when, after considerable debate, the Sovereign Grand Lodge of the Independent Order of Odd Fellows voted to adopt the Rebekah Degree, largely due to the efforts of Odd Fellow Schuyler Colfax, U.S. Vice President from 1869 to 1873. The first Rebekah Degrees were honorary awards only, conferred on wives and daughters of Odd Fellows at special Lodge meetings, and recipients were known as "Daughters of Rebekah". [4] The name is taken from the Biblical character of Rebekah.

The early Daughters of Rebekah had no lodge system of their own, and operated in an informal and local manner. On September 25, 1868, the IOOF voted to establish Degree Lodges of the Daughters of Rebekah, mirroring the existing arrangements for their male counterparts. The Daughters were given the right to elect their own officers, charge initiation fees, collect dues and undertake charitable and benevolent activities. The name was changed to "Degree of Rebekah" in 1874. [5]

The Rebekah Degree was designed especially for women, and its ceremony and lectures are based upon the characters of notable women in Biblical history. It is named for that woman of early Hebrew history whose kindness and hospitality to a humble and unknown stranger was thought to best portray the nobility and character of women. There are also other notable women of Biblical history whose characters and virtues form the basis for the Rebekah Degree and lessons of life to be followed by the Rebekahs. They were famous for their loyalty, patriotism, for civic and national services, for humanitarianism, and for devotion to God and the cause of righteousness among mankind. [6]

The Rebekah Degree ceremony is illustrated by distinctive symbols employed in the work of the degree, each having a significance and an appropriate application:

"I am a Rebekah. I believe in the Fatherhood of God, the brotherhood of man and the sisterhood of women. I believe in the watch-words of our Order - Friendship, Love, and Truth. Friendship - is like a golden chain that ties our hearts together. Love - is one of our most precious gifts, the more you give, the more you receive. Truth - is the standard by which we value people. It is the foundation of our Society. I believe that my main concern should be my God, my family and my friends. Then I should reach out to my community and the world. For in God's eyes we are all brothers and sisters. I am a Rebekah! [8]

Originally membership was open to wives and daughter of Odd Fellows who had obtained the Scarlett Degree, as well as Odd Fellows of that degree themselves. In 1894, membership in the United States opened to all women over 18, as well as wives, widows and daughters of Odd Fellows, although non-whites were able to join in other countries such as in Latin America and Australia. The African-American, Grand United Order of Odd Fellows, also have their own women's branch called the Household of Ruth. On January 1, 1898 there were 297,691 members of the Rebekah Degree. [9] By 1923 it had grown to 1,021,297 members. [10] In 1977 there were 331,844 members of the Rebekahs Assemblies, as well as 34,337 Odd Fellows who belonged to both orders. Odd Fellow and Rebekah lodges allow female and male members, but while both females and males may hold an Odd Fellow office, only females may hold the highest Rebekah offices [11]

Theta Rho girls Clubs are the junior order of the Rebekahs and are open to females ages 8–18 depending on jurisdiction. [14] The clubs functions under the supervision of the Sovereign Grand Lodge of the Independent Order of Odd Fellows, who are superior in organizational authority to both the Rebekahs and the Theta Rhos. Membership was 14,150 in 1969 and 13,577 in 1970. [11]

Rebekah Children's Services is a public benefit corporation founded in 1897 by the California Rebekah Lodge as an orphanage. They now provide foster care placement and support services, parent support, prevention and early specific needs of the child and family whenever categorical services do not work. Their services include outpatient therapy, education to the community, and behavioral health care services to children and families living in Santa Clara, Monterey and Santa Cruz counties. [15]

Secular organizations were not widely acceptable at the time when the Rebekahs started. Because the Rebekahs was open to anyone regardless of religious affiliations, it met opposition from the clergy specially the Roman Catholic church which opposed the separation of the church and state politics. In 1907 the Apostolic Delegate to the United States, Diomede Falconio, in reply to a query from Novatus Benzing , OFM, of Phoenix, Arizona, determined that the Daughters of Rebekah, as well as the female auxiliaries of other condemned secret societies, fell under the same category of condemnation. However, permission for "passive membership" in female groups affiliated with societies condemned by the Church in 1894 (including the Masons, Odd Fellows, Knights of Pythias and Sons of Temperance) could be granted individually under certain conditions, viz. that the person in question had joined the group in good faith before the condemnation, that leaving the group would cause financial hardship due to the loss of sick benefits and insurance, that if permission was granted dues would only be paid by mail, the parishioner would not attend any lodge meetings, and the society would not have anything to do with the person's funeral. [16]

Since 1975, however, several Catholic priests have become members of the Odd Fellows. One of them was Titian Anthos Miani who joined Scio Lodge No.102 of the Independent Order of Odd Fellows in Linden, California. [17] As soon as the controversy declined and religious leaders began to accept secular organizations, numerous pastors, priests, bishops and rabbis from different religious sects have become members and some even held leadership positions in the Odd Fellows. [18] Currently, membership represent various religious denominations from Catholics, Protestants, Muslims and others.

Together with the Independent Order of Odd Fellows, Rebekahs undertake various community and charitable projects which include: 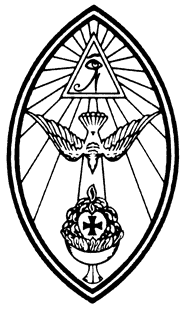 Ordo Templi Orientis (O.T.O.) is an occult initiatory organization founded at the beginning of the 20th century. The origins of the O.T.O can be traced back to the German-speaking occultists Carl Kellner, Heinrich Klein, Franz Hartmann and Theodor Reuss. English author and occultist Aleister Crowley is the best-known and most influential member of the order. 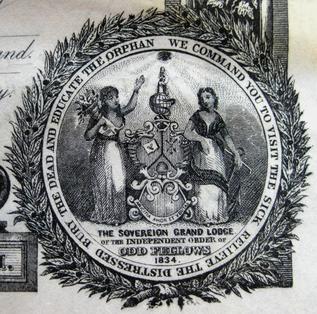 The Benevolent and Protective Order of Elks is an American fraternal order founded in 1868 originally as a social club in New York City. Until 1973, membership was restricted to white men. 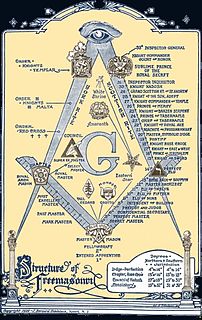 IOOF Holdings Limited is an Australian financial services company which offers a range of products and services including financial advice, superannuation, investment management and trustee services. 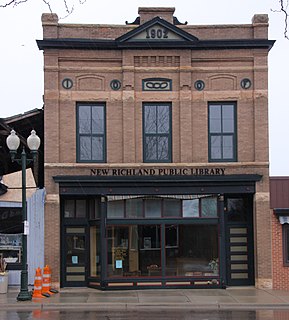 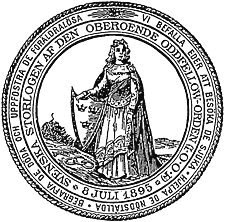 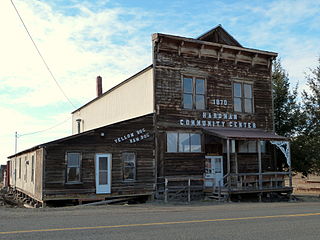 The Hardman IOOF Lodge Hall is a meeting hall in the ghost town of Hardman in the U.S. state of Oregon. Completed in 1900, it was added to the National Register of Historic Places in 2012.

The Ancient Mystic Order of Samaritans (AMOS) is an unofficial appendant body to the Independent Order of Odd Fellows in the United States and Canada. It is recognized as the "playground for Odd Fellowship" by the Sovereign Grand Lodge of the Independent Order of Odd Fellows and is known for engaging in public and private hijinks and spectacle, all in the name of good, clean fun. AMOS is open to male Odd Fellows in good standing over the age of 18 but has a close relationship with Ladies of the Orient ("LOTO"), which is only open to women. The two organizations typically meet at the same time and share in social events with each other. Like many other primarily social appendant bodies to fraternal organizations, the rituals and initiations of AMOS have a Middle-Eastern theme and the official regalia is a fez.

The I.O.O.F. Centennial Building is an historic building located at 150 East Chisholm Street in Alpena, Michigan. It was listed on the National Register of Historic Places in 2015. It dates back to 1876 and is “an excellent example of late Victorian commercial architecture.”