He graduated from Carleton University and holds an M.A. from the University of Wisconsin-Madison. [1]

Ira is the co-author of "THE BOOK OF LISTS: REVISED AND UPDATED AND EVEN MORE CANADIAN"

Ira Flatow is a radio and television journalist and author who hosts Public Radio International's popular program, Science Friday. On TV, he hosted the Emmy Award-winning PBS series Newton's Apple, a television science program for children and their families. Later he hosted the program Big Ideas and has published several books, the most recent titled Present at the Future: From Evolution to Nanotechnology, Candid and Controversial Conversations on Science and Nature. 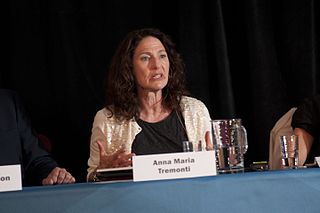 Andrew Stuart McLean, was a Canadian radio broadcaster, humorist, monologist, and author, best known as the host of the CBC Radio program The Vinyl Cafe. Often described as a "story-telling comic" although his stories addressed both humorous and serious themes, he was known for fiction and non-fiction work which celebrated the decency and dignity of ordinary people, through stories which often highlighted the ability of their subjects, whether real or fictional, to persevere with grace and humour through embarrassing or challenging situations.

Morningside was a nationally broadcast Canadian radio program, which aired on CBC Radio from September 20, 1976 to May 30, 1997. It was broadcast from 9 a.m. to noon, Monday to Friday. The series replaced a series of short-lived morning radio programs that aired in this slot after This Country in the Morning ended in 1974.

Mark Kelley is a Canadian television journalist, associated with CBC News. Formerly a correspondent and substitute anchor for The National and a host of CBC News: Morning, he hosted Connect with Mark Kelley on CBC News Network from 2009 to 2012, and joined the newsmagazine the fifth estate in 2012.

Sunday Morning was a Canadian radio news and information program, which aired on CBC Radio One from 1976 to 1997.

Bruce Rogers is a Canadian broadcast journalist, author and politician. Rogers is best known for his work as a television host on TVOntario and as a radio broadcaster on CBC Radio and CFRB in Toronto. Rogers worked from the Canadian Broadcasting Corporation from the 1960s through the 1980s and was the first host of CBC Radio Toronto's Metro Morning from 1973 to 1974. He also hosted Radio Noon, Sunday Magazine, The World at Six as well as numerous hourly news bulletins. On television, he hosted CBLT's The Rogers Report as well as various newscasts. His work on TVO has included hosting a number of finance-oriented shows such as Money$worth and Money$ense.

Aamer Haleem is a Canadian radio and television personality, who was a co-host of the Vancouver edition of CTV Morning Live. He has hosted the weekday afternoon current affairs program The Point on CBC Radio One, until it was cancelled on 26 June 2009.

Ami McKay is a Canadian novelist, playwright and journalist.

Carol Off is a Canadian journalist, commentator, and author associated with CBC Television and CBC Radio.

Stephen Reid was a Canadian criminal and writer, who was a member of the notorious Stopwatch Gang and was also convicted twice of bank robbery. Reid served time in over 20 prisons in Canada and the United States.

Scott Munson Cutlip was a pioneer in public relations education.

Kevin Sylvester is a Canadian writer and cartoonist known for writing the Minrs and Neil Flambé novel series.

Jane Farrow is a Canadian author and broadcaster and community organizer. Her written works include Wanted Words, Wanted Words 2, and the Canadian Book of Lists. She worked for CBC Radio from 1998 to 2007, producing segments for programs such as This Morning and The Sunday Edition, including the popular word-game segment Wanted Words. Farrow hosted and co-created other short series and shows including Workology and the etymological program And Sometimes Y, Home and The Omnivore. She and her producers won a Silver Medal at the New York Radio Awards for "The Brain and Language", an episode of ‘And Sometimes Y’ on CBC Radio One in 2009.

Linden MacIntyre is a Canadian journalist, broadcaster and novelist. He has won ten Gemini Awards, an International Emmy and numerous other awards for writing and journalistic excellence, including the 2009 Scotiabank Giller Prize for his 2009 novel, The Bishop's Man. Well known for many years for his stories on CBC's the fifth estate, in 2014 he announced his retirement from the show at age 71. His final story, broadcast on November 21, 2014, was "The Interrogation Room" about police ethics and improper interrogation room tactics.

Susan Ormiston is a Canadian television journalist, correspondent for CBC Television's The National and guest host for several CBC radio and television programs. She has covered prominent events including the election of Nelson Mandela in 1994 in the first free elections in South Africa.

James CullinghamPh.D is an award winning documentary filmmaker, historian and journalist. He is currently an instructor at the Chanie Wenjack School for Indigenous Studies at Trent University. in Nogojiwanong - Peterborough Ontario, Canada. He will be Visiting Fellow at Trent’s Peter Gzowski College in winter term 2020. He was a professor of Journalism and English and Liberal Studies at Seneca College (Seneca@York) in Toronto from 2002 - 2018. Cullingham was coordinator of the Journalism programme at Seneca 2004 - 2011. 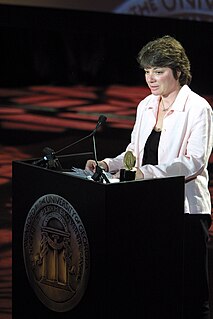