Isild Le Besco (born 22 November 1982) is a French actress and filmmaker. She is of mixed Breton, Vietnamese, French, and Algerian descent. [1]

She has starred in many films, including Sade (2000), a French film starring Daniel Auteuil, and in The Good Heart, directed by Dagur Kari. She is the sister of actress and film director Maiwenn, and the daughter of actress Catherine Belkhodja.

The César Awards is the national film award of France. It is delivered in the Nuit des César ceremony and was first awarded in 1976. The nominations are selected by the members of twelve categories of filmmaking professionals and supported by the French Ministry of Culture. The nationally televised award ceremony is held in Paris each year in February. The exact location has changed over the years. It is an initiative from the Académie des Arts et Techniques du Cinéma which was founded in 1975. 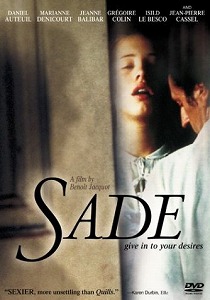 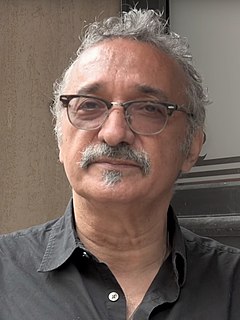 Serge Bramly is a French-language writer and essayist.

Kolia Litscher is a French stage and film actor who has starred in multiple films and theatre productions. He is particularly known for Demi-tarif (2004) and Charly (2006).

Jowan Le Besco is a French actor, scriptwriter, director and chief cameraman. He is the second child in a family of five. His mother is actress and journalist, Catherine Belkhodja of French and Algerian ancestry, while his father is of Breton and Vietnamese descent.

Catherine Belkhodja is a French artist, actress, and film director. 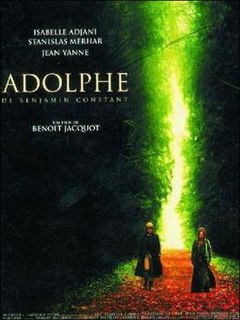 Adolphe is a 2002 French drama film based on the novel Adolphe by Benjamin Constant. The film was directed by Benoît Jacquot and starred Isabelle Adjani as Ellénore and Stanislas Merhar as Adolphe. 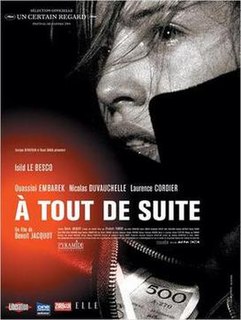 Right Now is a 2004 French film by director Benoît Jacquot. It was screened in the Un Certain Regard section at the 2004 Cannes Film Festival.

Élisabeth Fanger is the French author of J'avais dix-huit ans, an autobiographical account of her adventures following her bank-robber boyfriend Sid Mohamed Badaoui on the run from Paris. The trip would lead them to Spain, Morocco, and eventually Greece. Fanger's novel was made into the 2004 Benoît Jacquot film À tout de suite.

Childhoods is a 2007 French anthology film directed by Yann Le Gal, Isild Le Besco, Joana Hadjithomas, Khalil Joreige, Ismaël Ferroukhi, Corinne Garfin and Safy Nebbou. Although a French reference gives its running time as 84 minutes, other resources indicate 80 minutes, with the work, in its entirety, composed of six vignettes, between 10 and 15 minutes in length, each by a different director, depicting formative incidents in the pre-adolescent lives of iconic filmmakers Fritz Lang, Orson Welles, Jacques Tati, Jean Renoir, Alfred Hitchcock and Ingmar Bergman, with each segment structured to resemble its subject's familiar signature style.

Julie-Marie Parmentier is a French actress.

Chantal Thomas is a French writer and historian. Her 2002 book, Farewell, My Queen, won the Prix Femina and was adapted into a 2012 film starring Diane Kruger and Léa Seydoux.

Cyrille Thouvenin is a French actor. Former pupil of Cours Florent and a graduate of the National Conservatory of Dramatic Art. 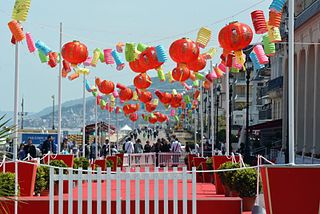 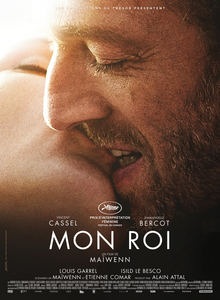 Mon Roi, also known as My King, is a 2015 French drama film directed by Maïwenn. The film stars Vincent Cassel, Emmanuelle Bercot, Louis Garrel and Isild Le Besco. It was selected to compete for the Palme d'Or at the 2015 Cannes Film Festival. At Cannes, Bercot won the award for Best Actress.

Standing Tall is a 2015 French drama film directed by Emmanuelle Bercot. It was selected to open the 2015 Cannes Film Festival. The film received eight nominations at the 41st César Awards and won two, Best Supporting Actor for Benoît Magimel and Most Promising Actor for Rod Paradot.

Nelly Alard is a French actress, screenwriter and novelist, graduated from the Conservatoire national supérieur d'art dramatique in Paris in 1985.

Emmanuelle Loyer is a French historian, winner of the prix Femina essai 2015 for her biography of Claude Lévi-Strauss.