Revolutionary Girl Utena is a series created by Be-Papas, an artist collective founded by Kunihiko Ikuhara. The primary entries in the series include a 1996 manga written by Chiho Saito, a 1997 anime television series directed by Ikuhara, and Adolescence of Utena, a 1999 feature film. 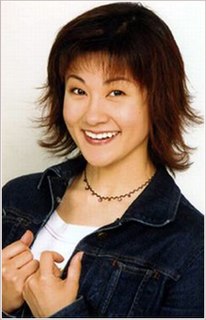 Kunihiko Ikuhara, also known as Ikuni, is a Japanese director, writer, artist, and music producer. He has created and collaborated on several notable anime and manga series, including his early works Sailor Moon and Revolutionary Girl Utena, and his later works Mawaru Penguindrum, Yurikuma Arashi, and Sarazanmai. 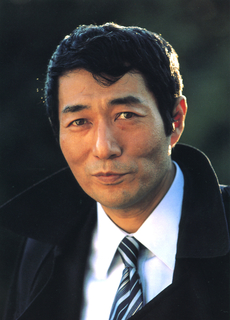 Hideki Naganuma is a Japanese composer, DJ, and remixer who primarily does work for video game soundtracks. Naganuma is best known for his score for the game Jet Set Radio and sequel Jet Set Radio Future. He was nominated for the Golden Joystick Award for Soundtrack of the Year for his work on the 2005 release Sonic Rush for the Nintendo DS.

Shinkichi Mitsumune is a Japanese composer who writes music primarily for anime. 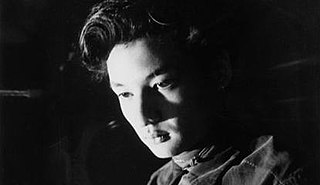 Teiji Ito was a Japanese composer and performer. He is best known for his scores for the avant-garde films by Maya Deren.

Kan Mikami is a Japanese folk singer-songwriter and actor. His music, heavily influenced by American blues, was popular in Japan in the 1970s. He re-wrote the lyric of the song "Yume wa Yoru Hiraku" for his cover version in 1972, which was banned for its negative portrayal of Modern Japanese Culture. Mikami also acted in cinema and is notable for collaborations with Shūji Terayama and his avant-garde theater Tenjō Sajiki. His autobiography, A Life in Folk, was translated into English and published in 2017 by Public Bath Press of Nara, Japan. 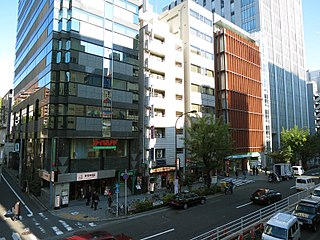 Aquirax Uno, is the alias of Akira Uno, a Japanese graphic artist, illustrator and painter. His work is characterized by fantasized portraiture, sensuous line flow, flamboyant eroticism, and frequent use of collage and bright colors. Uno was prominently involved with the Japanese underground art of the 1960s–1970s, and is particularly notable for his collaborations with Shūji Terayama and his experimental theater Tenjō Sajiki. 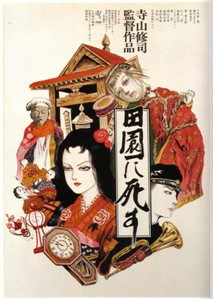 Pastoral: To Die in the Country, also known as Pastoral Hide and Seek, is a 1974 Japanese drama film directed by Shūji Terayama. It was entered into the 1975 Cannes Film Festival. 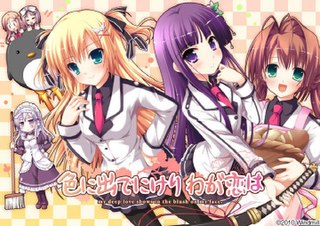 Iro ni Ide ni Keri Waga Koi wa, abbreviated as Denikeri (でにけり), is a Japanese adult visual novel developed and published by Windmill for Windows. It was released on April 29, 2010. Denikeri is Windmill's eleventh game, along with other titles like Happiness! and Shukufuku no Campanella. The game bears the tagline of "my deep love shows in the blush of my face".

Kyōhei Tsutsumi, is a Japanese composer, record producer and arranger. 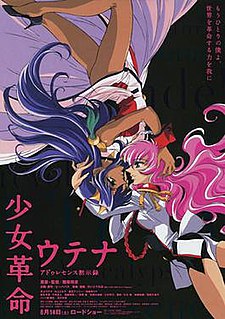 Adolescence of Utena is a 1999 Japanese anime film. It is a follow-up to the 1997 anime television series Revolutionary Girl Utena, created by the artist collective Be-Papas. The film is directed by Kunihiko Ikuhara, written by Yōji Enokido based on a story by Ikuhara, and produced by the animation studio J.C.Staff. An English-language dubbed version of the film produced by Central Park Media was released in 2001 as Revolutionary Girl Utena: The Movie.

BanG Dream!, also known as Bandori (バンドリ), is a Japanese music media franchise owned by Bushiroad. Created by Bushiroad president Takaaki Kidani in January 2015 with original story by Kō Nakamura, the project began as a manga before expanding to other media. In addition to other manga, BanG Dream! includes an anime television series, live concerts, music CDs and videos, and the mobile rhythm game BanG Dream! Girls Band Party! by Craft Egg.

Keiichi Okabe is a Japanese composer and arranger, best known for composing music for Nier and its sequel Nier: Automata, along with the Tekken series. He started his career as a video game composer where he worked at Namco between 1994 and 2001, primarily composing for arcade games. Outside of video games he has composed for anime series such as Working!! and Yuki Yuna Is a Hero, along with tracks for J-pop artists such as Ryuichi Kawamura. He established the music production studio Monaca in 2004, which composes for various types of media.