James Buchan (born 11 June 1954) is a Scottish novelist and historian.

Buchan is a son of the late William Buchan, 3rd Baron Tweedsmuir, and grandson of John Buchan, 1st Baron Tweedsmuir, the Scottish novelist and diplomat. He has several brothers and sisters, including the writer Perdita Buchan. Educated at Eton and Magdalen College, Oxford, he began his career as a Financial Times correspondent, writing from the Middle East, Germany, and the United States. In 1986, he married Lady Evelyn Rose Phipps, daughter of Oswald Phipps, 4th Marquess of Normanby. She died in 2018. He has three children. 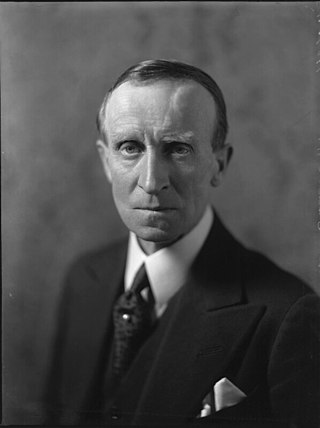 John Buchan, 1st Baron Tweedsmuir was a Scottish novelist, historian, and Unionist politician who served as Governor General of Canada, the 15th since Canadian Confederation.

This article contains information about the literary events and publications of 1984.

Baron Tweedsmuir, of Elsfield in the County of Oxford, is a title in the Peerage of the United Kingdom. It was created in 1935 for the author and Unionist politician John Buchan. He served as Governor-General of Canada from 1935 to his death in 1940. His eldest son, the second Baron, was the husband of the Conservative politician Lady Tweedsmuir. As of 2010 the title is held by the second Baron's nephew, the fourth Baron, who succeeded his father in 2008. 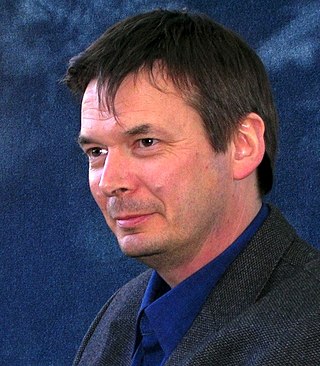 The University of East Anglia's Creative Writing Course was founded by Sir Malcolm Bradbury and Sir Angus Wilson in 1970. The M.A. is widely regarded as the most prestigious and successful in the country and competition for places is notoriously tough. 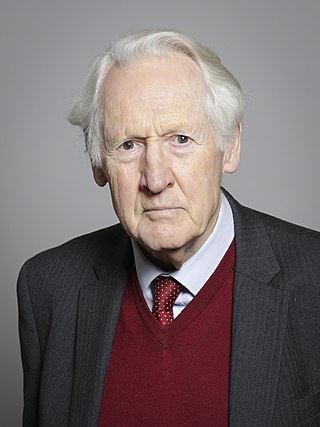 James Alexander Douglas-Hamilton, Baron Selkirk of Douglas, is a Scottish Conservative Party politician who served as Member of Parliament for Edinburgh West and then as a Member of the Scottish Parliament (MSP) for the Lothians region. Since 1997 he has been a member of the House of Lords as a life peer.

Clan Buchan is a Scottish clan of the Lowlands. The clan are sometimes considered a branch of the Clan Comyn. The Buchan are of no relation to the Clan Buchanan despite their similar name.

Jon McGregor is a British novelist and short story writer. In 2002, his first novel was longlisted for the Booker Prize, making him then the youngest ever contender. His second and fourth novels were longlisted for the Booker Prize in 2006 and 2017 respectively. In 2012, his third novel, Even the Dogs, was awarded the International Dublin Literary Award. The New York Times has labelled him a "wicked British writer". 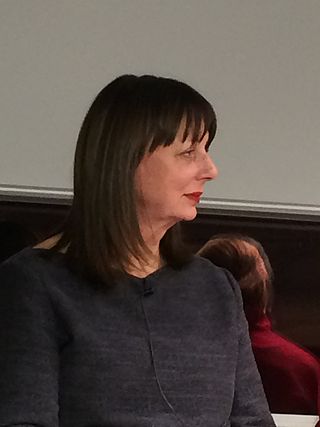 Elizabeth Buchan, née Oakleigh-Walker is a British writer of non-fiction and fiction books since 1985. In 1994, her novel Consider the Lily won the Romantic Novel of the Year Award by the Romantic Novelists' Association, and she was elected its eighteenth Chairman (1995–1997). Her novel, Revenge of the Middle Aged Woman (2001), has been made into a television film for CBS.

Sir Mitchell Mitchell-Thomson, 1st Baronet, FRSE, FSA(Scot) was a Scottish merchant and businessman who served as the Lord Provost of Edinburgh 1897 to 1900. He was also a Director of the Bank of Scotland.

William James de L'Aigle Buchan, 3rd Baron Tweedsmuir, also known as "William Tweedsmuir" was an English peer and author of novels, short stories, memoirs and verse. He was the second son of the writer and Governor General of Canada, John Buchan.

John Norman Stuart Buchan, 2nd Baron Tweedsmuir CBE, CD, FRSE, FRSA, commonly called Johnnie Buchan, was a British peer and the son of the novelist John Buchan, 1st Baron Tweedsmuir. He was a colonial administrator, naturalist, and adventurer. He has been described as a "brilliant fisherman and naturalist, a gallant soldier and fine writer of English, an explorer, colonial administrator and man of business."

Nadifa Mohamed is a Somali-British novelist. She featured on Granta magazine's list "Best of Young British Novelists" in 2013, and in 2014 on the Africa39 list of writers aged under 40 with potential and talent to define future trends in African literature. Her 2021 novel, The Fortune Men, was shortlisted for the 2021 Booker Prize, making her the first British Somali novelist to get this honour. She has also written short stories, essays, memoirs and articles in outlets including The Guardian, and contributed poetry to the anthology New Daughters of Africa. She was also a lecturer in Creative Writing in the Department of English at Royal Holloway, University of London until 2021. She will be Distinguished Writer in Residence at New York University in Spring 2022.

Janet Buchanan Adam Smith OBE was a writer, editor, literary journalist and champion of Scottish literature. She was active from the 1930s through to the end of the century and noted for her elegant prose, her penetrating judgement, her independence of mind – and her deep love of mountains and mountaineering.

Events from the year 1935 in Scotland.

Events from the year 1907 in Scotland.