Neil Patrick Jordan (born 25 February 1950) is an Irish film director, screenwriter, novelist and short-story writer. His first book, Night in Tunisia , won a Somerset Maugham Award and the Guardian Fiction Prize in 1979. [1] [2] He won an Academy Award (Best Original Screenplay) for The Crying Game (1992). He has also won three Irish Film and Television Awards, as well as the Golden Lion at the Venice International Film Festival for Michael Collins (1996) and the Silver Bear for Best Director at the Berlin International Film Festival for The Butcher Boy (1997).

Jordan was born in Sligo, the son of Angela (née O'Brien), a painter, and Michael Jordan, a professor. [3] He was educated at St. Paul's College, Raheny. Later, Jordan attended University College Dublin, where he studied Irish history and English literature. He graduated in 1972 with a BA in History. He became involved in student theatre there, where he met Jim Sheridan, who also was later to become an important Irish film director. Of his religious background, Jordan said in a 1999 Salon interview: "I was brought up a Catholic and was quite religious at one stage in my life, when I was young. But it left me with no scars whatever; it just sort of vanished." He said about his current beliefs that "God is the greatest imaginary being of all time. Along with Einstein's General Theory of Relativity, the invention of God is probably the greatest creation of human thought." [4]

Neil Jordan's career began in the late 1970s working for the Irish television channel, RTÉ. Included in his work was writing storylines for the children's fantasy series, Wanderly Wagon . [5]

In 1981, when John Boorman was filming Excalibur in Ireland, he recruited Jordan as a "creative associate". A year later Boorman was executive producer on Jordan's first feature Angel , a tale of a musician caught up in the Troubles played by Stephen Rea who has subsequently appeared in almost all of Jordan's films to date. During the 1980s, he directed films that won him acclaim, including The Company of Wolves and Mona Lisa , both made in England. The Company of Wolves, a dark and sexually-themed reimagining of the Little Red Riding Hood fairy tale based on short stories by Angela Carter, became a cult favourite.

As a writer/director, Jordan has a highly idiosyncratic body of work, ranging from mainstream hits like Interview with the Vampire to commercial failures like We're No Angels to a variety of more personal, low-budget arthouse pictures. He was also the driving force behind the cable TV series The Borgias .

Unconventional sexual relationships are a recurring theme in Jordan's work, and he often finds a sympathetic side to characters that audiences would traditionally consider deviant or downright horrifying. His film The Miracle , for instance, followed two characters who struggled to resist a strong, incestuous attraction. Interview with the Vampire, like the Anne Rice book it was based on, focused on the intense, intimate interpersonal relationship of two undead men who murder humans nightly (although the pair never have sex, they are clearly lovers of a sort), accompanied by an equally complex vampire woman who is eternally trapped in the body of a little girl. While Lestat (Tom Cruise) is depicted in an attractive but villainous manner, his partner Louis (Brad Pitt) and the child vampire Claudia (Kirsten Dunst) are meant to capture the audience's sympathy despite their predatory nature. In the remake of The End of the Affair , two people (Ralph Fiennes and Julianne Moore) engage in a love affair that will end as suddenly as it started, with both not wanting its end.

In addition to the unusual sexuality of Jordan's films, he frequently returns to the Troubles of Northern Ireland. The Crying Game and Breakfast on Pluto both concern a transgender character (played by Jaye Davidson and Cillian Murphy, respectively), both concern The Troubles, and both feature frequent Jordan leading man Stephen Rea. The two films, however, are very different, with Crying Game being a realistic thriller/romance and Breakfast on Pluto a much more episodic, stylised, darkly comic biography. Jordan also frequently tells stories about children or young people, such as The Miracle and The Butcher Boy . While his pictures are most often grounded in reality, he occasionally directs more fantastic or dreamlike films, such as The Company of Wolves, High Spirits , Interview with the Vampire and In Dreams .

The critical success of Jordan's early pictures led him to Hollywood, where he directed High Spirits and We're No Angels; both were critical and financial disasters. He later returned home to make the more personal The Crying Game, which was nominated for six Academy Awards. Jordan won the Academy Award for Best Original Screenplay for the film. [6] Its unexpected success led him back to American studio filmmaking, where he directed Interview with the Vampire. He also directed the crime drama The Brave One starring Jodie Foster.

Neil Gaiman announced during his Today show appearance on 27 January 2009, that Neil Jordan would be directing the film of his Newbery Medal-winning book The Graveyard Book . [7] Jordan also wrote and directed the 2009 Irish-made film Ondine , starring Colin Farrell and Alicja Bachleda-Curuś. He also directed Byzantium , an adaptation of the vampire play of the same name starring Saoirse Ronan, Gemma Arterton and Jonny Lee Miller. [8]

In 2011, Jordan's next feature was announced as the later aborted sci-fi romance Broken Dream, which was to have featured Ben Kingsley and John Hurt. [9]

After working on the scripts for Riviera Neil Jordan has disowned Riviera, due to his scripts being reworked by others. He said he has no idea who rewrote these episodes. "They were changed, to my huge surprise and considerable upset. There were various sexual scenes introduced into the story and a lot of very expository dialogue. I objected in the strongest terms possible." [10]

Jordan has five children: Anna and Sarah from his marriage to solicitor Vivienne Shields; Dashiel and Daniel from his current marriage to Brenda Rawn, and Ben, from a relationship with architect Mary Donohoe.

In 2009, he signed a petition in support of director Roman Polanski, calling for his release after he was arrested in Switzerland in relation to his 1977 charge for drugging and raping a 13-year-old girl. [16] [17]

In 2018, he has donated his archives to the National Library of Ireland. Jordan's donation included TV and film scripts, production files, notebooks, storyboards and personal correspondence with artists and political figures. [18] 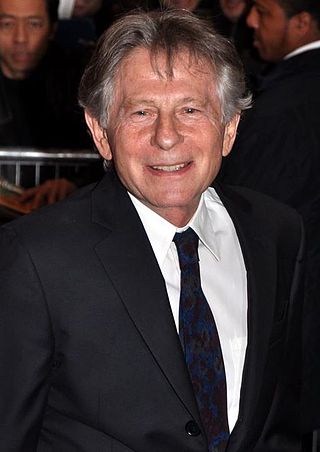 Raymond Roman Thierry Polański is a French-Polish film director, producer, screenwriter, and actor. He is the recipient of numerous accolades, including an Academy Award, two British Academy Film Awards, nine César Awards, two Golden Globe Awards, as well as the Golden Bear and a Palme d'Or. 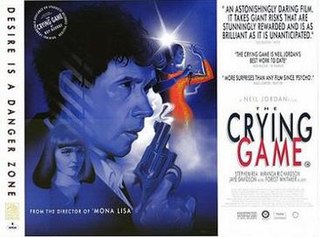 The Crying Game is a 1992 thriller film written and directed by Neil Jordan, produced by Stephen Woolley, and starring Stephen Rea, Miranda Richardson, Jaye Davidson, Adrian Dunbar, Ralph Brown, and Forest Whitaker. The film explores themes of race, sex, nationality, and sexuality against the backdrop of the Troubles in Northern Ireland.

Stephen Rea is an Irish film and stage actor. Rea has appeared in films such as V for Vendetta, Michael Collins, Interview with the Vampire and Breakfast on Pluto. Rea was nominated for the Academy Award for Best Actor for Neil Jordan's thriller The Crying Game (1992). He has had important roles in the Hugo Blick TV series The Shadow Line and The Honourable Woman, for which he won a BAFTA Award. In 2020, The Irish Times ranked Rea the 13th greatest Irish film actor of all-time. 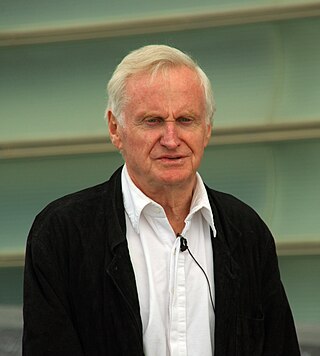 Patrick McCabe is an Irish writer. Known for his mostly dark and violent novels set in contemporary—often small-town—Ireland, McCabe has been twice shortlisted for the Booker Prize, for The Butcher Boy (1992) and Breakfast on Pluto (1998), both of which have been made into films. 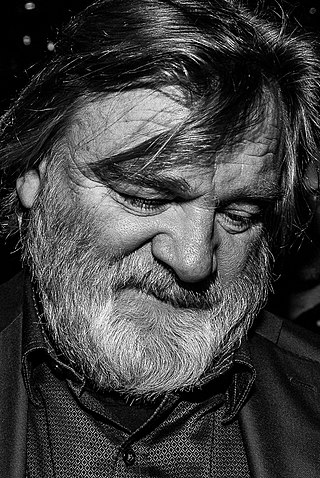 Brendan Gleeson is an Irish actor and film director. He is the recipient of three IFTA Awards, two BIFA's, and a Primetime Emmy Award and has been nominated twice for a BAFTA Award, five times for a Golden Globe Award and once for an Academy Award. In 2020, he was listed at number 18 on The Irish Times list of Ireland's greatest film actors. He is the father of actors Domhnall Gleeson and Brian Gleeson. 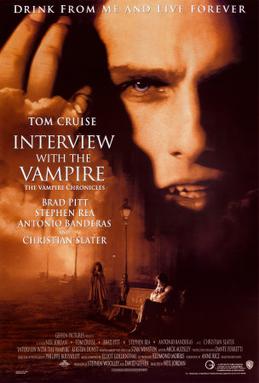 Interview with the Vampire is a 1994 American gothic horror vampire film directed by Neil Jordan, based on Anne Rice's 1976 novel of the same name, and starring Tom Cruise and Brad Pitt. It focuses on Lestat (Cruise) and Louis (Pitt), beginning with Louis's transformation into a vampire by Lestat in 1791. The film chronicles their time together, and their turning of ten-year-old Claudia into a vampire. The narrative is framed by a present-day interview, in which Louis tells his story to a San Francisco reporter. The supporting cast features Christian Slater, Antonio Banderas, and Stephen Rea. 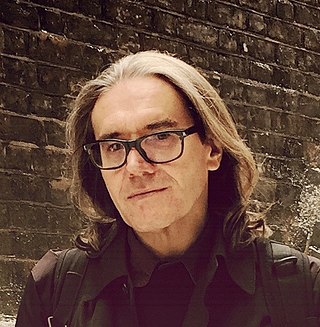 Stephen Woolley is an English film producer and director, whose prolific career has spanned over three and a half decades, for which he was awarded the BAFTA award for Outstanding British Contribution to Cinema in February 2019. As a producer he has been Oscar-nominated for The Crying Game (1992), and has also produced multi-Academy Award nominated films including Mona Lisa (1986), Little Voice (1998), Michael Collins (1996), The End of the Affair (1999), Interview with the Vampire (1994), and Carol (2016). He currently runs the production company Number 9 Films with his partner Elizabeth Karlsen. 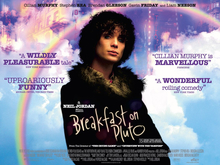 Breakfast on Pluto is a 2005 comedy-drama film written and directed by Neil Jordan and based on the 1998 novel of the same name by Patrick McCabe, as adapted by Jordan and McCabe. The film stars Cillian Murphy as a transgender foundling searching for love and her long-lost mother in small town Ireland and London in the 1970s. 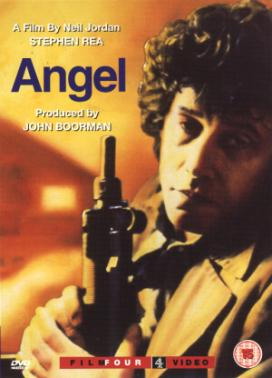 Angel is a 1982 Irish film written and directed by Neil Jordan and starring Stephen Rea. The film was Neil Jordan's directorial debut, and the executive producer was John Boorman. 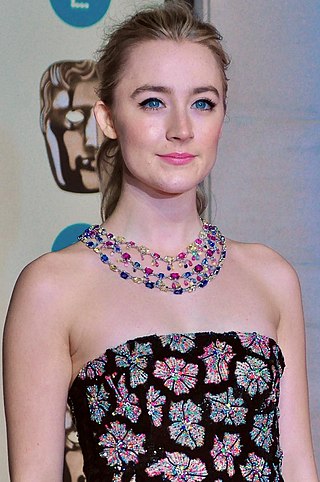 Saoirse Una Ronan is an American-born Irish actress. Primarily known for her work in period dramas since adolescence, she has received various accolades, including a Golden Globe Award, in addition to nominations for four Academy Awards and five British Academy Film Awards.

The 7th Irish Film & Television Awards took place on 20 February 2010 in the Burlington Hotel, Dublin. It was hosted by Victoria Smurfit and honoured Irish film and television released in 2009. 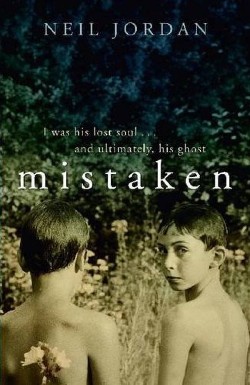 Mistaken is a novel by the Irish novelist and filmmaker Neil Jordan published in 2011 by John Murray in the UK and Soft Skull Press in the US. It won both the Irish Book Award and Kerry Group Irish Fiction Award. 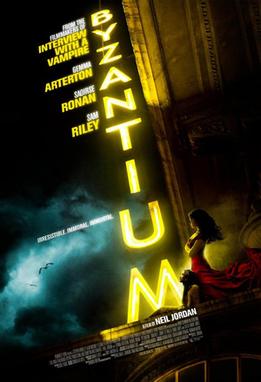 Movie Talk is an Irish television programme broadcast on RTÉ One from September to November 2012. The ten part series profiled figures from the Irish film world who talk about their careers in movies.

Wikimedia Commons has media related to Neil Jordan .
This page is based on this Wikipedia article
Text is available under the CC BY-SA 4.0 license; additional terms may apply.
Images, videos and audio are available under their respective licenses.