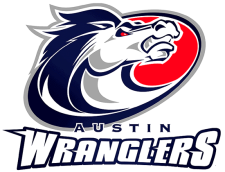 The Austin Wranglers were an arena football team based in Austin, Texas. They played four seasons in the Arena Football League from 2004 to 2007 and spent one season in af2, the AFL's developmental league, in 2008. They made playoff appearances in the AFL in 2006 and in af2 in 2008. They played their home games at the Frank Erwin Center at the University of Texas at Austin. 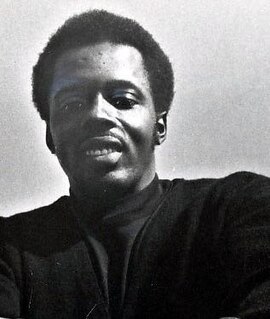 David D. "Deacon" Jones was an American professional football player who was a defensive end in the National Football League (NFL) for the Los Angeles Rams, San Diego Chargers, and the Washington Redskins. He was inducted into the Pro Football Hall of Fame in 1980.

Jevon Kearse, nicknamed "the Freak", is a former American football player who was a defensive end in the National Football League (NFL) for eleven seasons during the late 1990s and 2000s. Kearse played college football for the University of Florida, where he received All-American honors and was named the SEC Defensive Player of the Year in 1998.

Lloyd Henry Carr Jr. is a former American football player and coach. He served as the head football coach at the University of Michigan from 1995 through the 2007 season. Under Carr, the Michigan Wolverines compiled a record of 122–40 and won or shared five Big Ten Conference titles. Carr's undefeated 1997 team was declared the national champion by the Associated Press. His record coaching against top ten-ranked opponents was 20–8. Carr was inducted into the College Football Hall of Fame as a coach in 2011.

Kevin Louis Carter is an American former college and professional football player who was a defensive end in the National Football League (NFL) for fourteen seasons in the 1990s and 2000s. Carter played college football for the University of Florida, and received All-American honors. A first-round pick in the 1995 NFL Draft, he played professionally for the St. Louis Rams, Tennessee Titans, Miami Dolphins, and Tampa Bay Buccaneers of the NFL.

Raymond Lester "Trace" Armstrong III, is an American former professional football player who was a defensive end in the National Football League (NFL) for fifteen seasons from the late 1980s to the early 2000s. He played college football for Arizona State University and the University of Florida, and was recognized as an All-American. A first-round pick in the 1989 NFL Draft, he played professionally for the Chicago Bears, the Miami Dolphins and the Oakland Raiders. He was formerly the president of the National Football League Players Association (NFLPA), and he currently works as a sports agent. 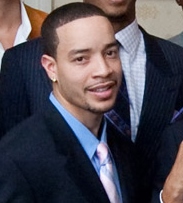 Anthony Roberson is an American professional basketball player who is currently a free agent. Roberson played college basketball for the University of Florida, and signed with the NBA's Memphis Grizzlies as an undrafted free agent in 2005.

Orange Park High School is a high school located in Orange Park, Florida. It is a part of the Clay County School District. The school opened as a junior-senior high school in Fall 1959, although it went only to 10th grade, so that the first graduating class was not until Spring 1962. The school celebrated its 50th anniversary in 2011, the 50th anniversary of the first 12th-grade class.

Larry Highbaugh was an American defensive back who played with the BC Lions from 1971 to 1972 and the Edmonton Eskimos from 1972 to 1983 of the Canadian Football League. 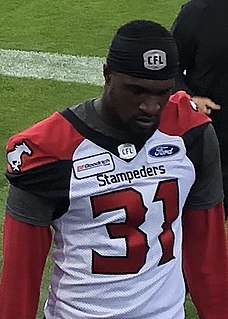 Trerein "Tre" E. Roberson is a professional gridiron football defensive back for the Calgary Stampeders of the Canadian Football League (CFL). He was signed by the Minnesota Vikings as an undrafted free agent following the 2016 NFL Draft. He then played for the Stampeders until he signed with the Chicago Bears in 2020. Prior to entering the NFL, Roberson was a collegiate quarterback at Indiana University and Illinois State University. Roberson had a 3–4 record for his career as the starting quarterback at Indiana and a 23–5 record for Illinois State.

André Lee Roberson is an American professional basketball player who last played for the Brooklyn Nets of the National Basketball Association (NBA). He played college basketball for the Colorado Buffaloes. As a junior in 2013, Roberson earned first-team all-conference honors in the Pac-12 for the second time, and was also named the Pac-12 Defensive Player of the Year. He was selected in the first round of the 2013 NBA draft with the 26th overall pick. He was acquired by the Oklahoma City Thunder in a draft night trade. He was named to the NBA All-Defensive Second Team in 2017. 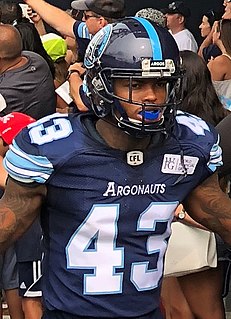 Marcus Dwayne Roberson is a professional gridiron football defensive back who is a free agent. He played college football at Florida. He signed with the St. Louis Rams as an undrafted free agent after the 2014 NFL Draft.

Vernon Lee Roberson is a former American football defensive back who played two seasons in the National Football League with the Miami Dolphins and San Francisco 49ers. He played college football at Grambling State University and attended Natchitoches Central High School in Natchitoches, Louisiana. He was also a member of the Calgary Stampeders and Ottawa Rough Riders of the Canadian Football League.

The 1986 East Texas State Lions football team represented East Texas State University—now known as Texas A&M University–Commerce—as a member of the Lone Star Conference (LSC) during the 1986 NCAA Division II football season. Led by first-year head coach Eddie Vowell, the Lions compiled an overall record of 2–9 with a mark of 1–5 in conference play, placing sixth in the LSC. 1986 was only the second losing season for the program in 20 years. East Texas State played home games at Memorial Stadium in Commerce, Texas. 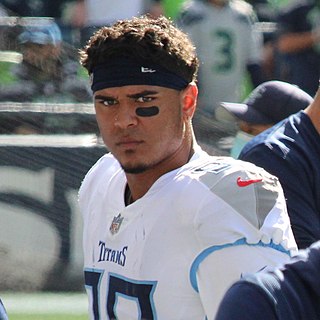 Rashad Capone Weaver is an American football outside linebacker for the Tennessee Titans of the National Football League (NFL). He played college football at Pittsburgh.

Jermaine Curtis Johnson II is an American football defensive end for the New York Jets of the National Football League (NFL). He played college football at Independence CC and Georgia before transferring to Florida State in 2021 where he was named the ACC Defensive Player of the Year. Johnson was drafted by the New York Jets with the twenty-sixth overall pick of the 2022 NFL Draft.