Jan A. Kregel (born 19 April 1944) is an American post-Keynesian economist.

Kregel has served since 2006 as Professor of Finance and Development at Tallinn University of Technology, Tallinn, Estonia. He is an adjunct professor at Johns Hopkins SAIS (SAIS), whose Bologna Center he co-directed in the late 1980s, and a visiting professor at the University of Missouri–Kansas City. He is also one of the Senior Scholars at the Levy Economics Institute of Bard College. Until 2007, he was Chief of the Policy Analysis and Development Branch of the Financing for Development Office of United Nations Department of Economic and Social Affairs. Until 2004, he was High Level Expert in International Finance and Macroeconomics in the New York Liaison Office of UNCTAD, being in essence its chief economist. For many years, he held the Chair for Political Economy at the University of Bologna.

Kregel studied mainly at the University of Cambridge (with Joan Robinson and Nicholas Kaldor) and Rutgers University (Ph.D. 1970 under supervision of Paul Davidson). He is a Life Fellow of the Royal Economic Society in London and in 2000 he co-founded The Other Canon, a center and network for heterodox economics research, with main founder and executive chairman Erik Reinert. [1]

Kregel is the Program Director for the Master of Science in Economic Theory and Policy of the Levy Economics Institute of Bard College. The Program was started in 2014.

Erik Steenfeldt Reinert is a Norwegian economist, with development economics, economic history and history of economic policy as his specialties.

Muhammad Shahid Alam is a Pakistani economist, academic, and social scientist. He is a professor of economics at Northeastern University. He is a member of the Advisory Board of the Institute for Policy Research & Development, London.

Ragnar Nurkse was an Estonian international economist and policy maker mainly in the fields of international finance and economic development. 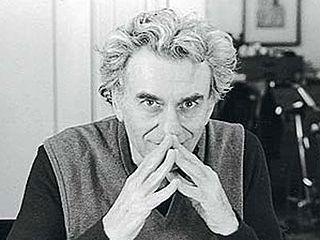 Hyman Philip Minsky was an American economist, a professor of economics at Washington University in St. Louis, and a distinguished scholar at the Levy Economics Institute of Bard College. His research attempted to provide an understanding and explanation of the characteristics of financial crises, which he attributed to swings in a potentially fragile financial system. Minsky is sometimes described as a post-Keynesian economist because, in the Keynesian tradition, he supported some government intervention in financial markets, opposed some of the financial deregulation policies popular in the 1980s, stressed the importance of the Federal Reserve as a lender of last resort and argued against the over-accumulation of private debt in the financial markets. 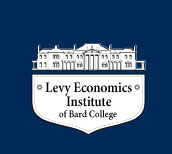 Founded in 1986 as the Jerome Levy Economics Institute, the Levy Economics Institute of Bard College is a nonprofit, nonpartisan public policy think tank. The purpose of its research and other activities is to enable scholars and leaders in business, labor, and government to work together on problems of common interest. Its findings are disseminated—via publications, conferences, seminars, congressional testimony, and partnerships with other nonprofits—to a global audience of public officials, private sector executives, academics, and the general public. Through this process of scholarship, analysis, and informed debate, the Levy Institute generates effective public policy responses to economic problems that profoundly influence the quality of life in the United States and abroad. 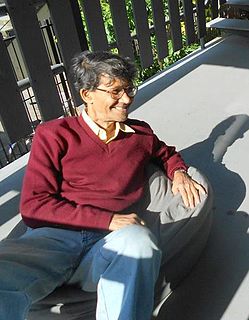 Mihir Rakshit is an Indian economist, known for his work on fiscal, monetary and other policy, especially issues that concern developing economies. Originally from Chittagong, which is now in Bangladesh, he did his graduation from Presidency College, Calcutta and post-graduation from the University of Calcutta. He taught at the departments of Economics of The University of Calcutta, The University of Burdwan, Presidency College Calcutta, and Indian Statistical Institute Calcutta, as faculty. He also taught at Delhi School of Economics and Erasmus University Rotterdam, as visiting faculty. He served the Reserve Bank of India for two terms as a member of its central board of Directors. He was Editor-in-chief of the open access quarterly journal Money and Finance published by ICRA Limited from 1997 to July 2016.

Peace economics is a branch of conflict economics and focuses on the design of the sociosphere's political, economic, and cultural institutions and their interacting policies and actions with the goal of preventing, mitigating, or resolving violent conflict within and between societies. This violent conflict could be of any type and could involve either latent or actual violence. Recognizing the cost of violence, peace economics focuses on the benefits of (re)constructing societies with a view toward achieving irreversible, stable peace. Along with approaches drawn from other areas of scholarship, peace economics forms part of peace science, an evolving part of peace and conflict studies. 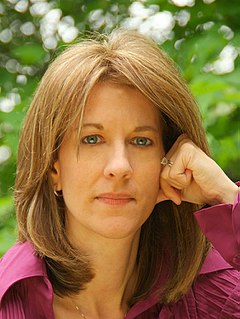 Stephanie A Kelton is an American economist and academic. She is a professor at Stony Brook University and a Senior Fellow at the Schwartz Center for Economic Policy Analysis at the New School for Social Research. She was formerly a professor at the University of Missouri–Kansas City. She also served as an advisor to Bernie Sanders's 2016 presidential campaign.

Mthuli Ncube, is the Finance Minister in the Zimbabwe cabinet appointed by president Emmerson Mnangagwa and past chief economist and Vice President of the African Development Bank. He holds a PhD in Mathematical Finance from Cambridge University. On 7 September 2018, President Emmerson Mnangagwa announced Zimbabwe's new cabinet where he named Professor Mthuli Ncube as the Finance Minister.