He was a director of the school of the PFC CSKA Moscow from 2007 to 2010. Since 2010, he worked for PSV Eindhoven as a Youth Academy director. In October 2012 he signed with FC Anzhi Makhachkala as a sporting director. [1] 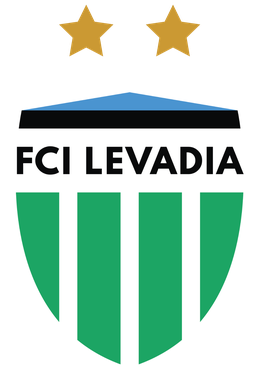 FCI Levadia Tallinn, commonly known as FCI Levadia, or simply as Levadia, is a professional football club based in Tallinn, Estonia, that competes in the Meistriliiga, the top flight of Estonian football. The club's home ground is A. Le Coq Arena.

James Gerald Brennan, known as Jim Brennan or Jimmy Brennan, is a Canadian soccer manager, analyst and former player who manages York9 FC. During his playing career he played as a defender in Canada and England, most notably with Bristol City, Nottingham Forest, Norwich City and Toronto FC. 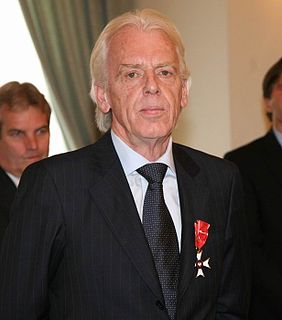 Leo Beenhakker is a Dutch international football coach. He has had an extensive and successful career both at club and international level. He led both Ajax and Feyenoord to Dutch championships and also had domestic success with Real Madrid. At international level, he led Trinidad and Tobago to the 2006 FIFA World Cup and Poland to UEFA Euro 2008, both firsts for each nation. His role in Spanish football has earned him the nickname Don Leo, largely due to his fondness of cigars and dry humour.

Lambertus "Bert" van Marwijk is a Dutch football manager who last managed United Arab Emirates national team. As a footballer, he played for the Go Ahead Eagles, AZ, MVV and Fortuna Sittard amongst other clubs, and represented the Netherlands once.

Stephen McClaren is an English professional football manager and former player who was most recently manager of Queens Park Rangers. McClaren served as manager of the England national team from August 2006 to November 2007. He was sacked when England failed to qualify for UEFA Euro 2008.

Indrek Zelinski is an Estonian football coach and former professional player. He is the manager of Meistriliiga club Vaprus.

Henk ten Cate is a Dutch football manager and former professional player who is the head coach of Saudi Professional League club Al-Ittihad.

Martin Hunter is an English football coach. He was the manager of Southampton's u23 team, until taking up the position of Technical Director. He left the club in November 2018 by mutual consent. 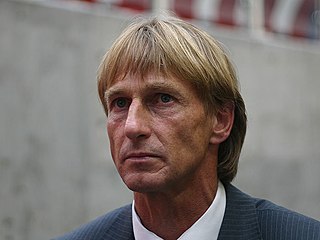 Mark Christian Wotte is a football player and manager from the Netherlands. Wotte has managed teams in the Netherlands, Egypt, Qatar, England and Romania, and has also worked for the Scottish Football Association.

Arnoldus Dick Pijpers is a Dutch football manager, who is the manager of Estonian top tier club Flora.

Steve Holland is an English football coach who is currently the assistant manager to Gareth Southgate with the England national team.

Tom Saintfiet is a Belgian football coach and former player. He was appointed manager of the Gambian national team in July 2018. 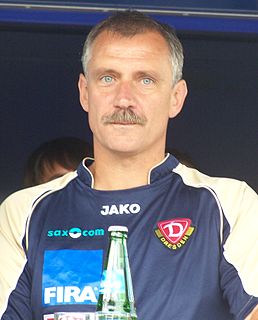 Roger Lennart Palmgren is a Swedish football manager. He is currently the assistant manager of IF Brommapojkarna in Allsvenskan.