Davies was born in Wellington but raised in Dunedin. [1] [2] His parents were Ina Amuri ( née Robertson) and Donald William Davies. He received his education at John McGlashan College in Dunedin. In 1965,he married Patricia "Trish" Helen Uren. They have one son and one daughter. [1] Since the early 1960s,they have lived in Queenstown. [3]

From 1958 to 1963,Davies was a high country musterer in Central Otago. In 1963,he purchased Wakatipu Transport Ltd and merged the company in 1967 with Northern Southland Transport Holdings Ltd (NSTH),of which he is the chairman. He was director of Davies Rentals Ltd,which was the local Avis Car Rental franchise for Queenstown. [1] He has invested into the tourism industry since the mid-1980s [2] and credits the people who "voted [him] out of the mayoralty" in the 1989 local elections for concentrating on the tourism industry more seriously. [3]

His first major purchase,in the mid-1980s,was the government's 40% share of Queenstown Airport. [2] After the end of his political career,he purchased the guided walks at the Routeburn and Milford tracks,followed by The Hermitage Hotel in Mount Cook Village. Together with other entrepreneurs,he bought three ski fields off Air New Zealand:Coronet Peak,The Remarkables,and Mount Hutt. [3] The companies are held through Trojan Holdings Ltd,with Davies the sole shareholder of that company. [4] That company holds 40% of the shares of Bungy New Zealand Limited,with A. J. Hackett the public face of it. [3] [5] Trojan Holdings Ltd holds Aoraki/Mount Cook Alpine Village Limited, [6] which in turn owns The Hermitage Hotel. [7] Trojan Holdings Ltd holds NZSki Ltd,which in turn owns the ski fields. [8] Tourism Milford Limited is also held by Trojan Holdings Ltd and trades as Ultimate Hikes. This company operates the guided walks on the Routeburn and Milford tracks. [9] [10] [11] Trojan Holdings Ltd purchased the rights to the annual multisport event Coast to Coast in 2013 from its founder,Robin Judkins. [12] [13]

Davies owns Stratton House in Queenstown,which houses the town's casino marketed as Skycity Queenstown,and the Station building,which houses booking offices for many of the tourism ventures owned by Trojan Holdings Ltd and others. [3] 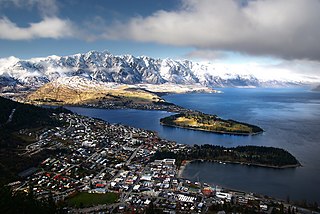 Queenstown is a resort town in Otago in the south-west of New Zealand's South Island. It has an urban population of 15,800.

The Remarkables are a mountain range and skifield in Otago in the South Island of New Zealand. Located on the southeastern shore of Lake Wakatipu,the range lives up to its name by rising sharply to create a remarkable backdrop for the waters. The range is clearly visible from the nearby town of Queenstown. 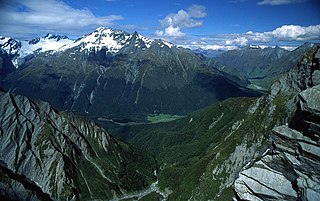 Mount Aspiring National Park is in the Southern Alps of the South Island of New Zealand,north of Fiordland National Park,situated in Otago and Westland regions. The park forms part of the Te Wahipounamu World Heritage site.

Lake Wakatipu is an inland lake in the South Island of New Zealand. It is in the southwest corner of the Otago region,near its boundary with Southland. Lake Wakatipu comes from the original Māori name Whakatipu wai-māori. 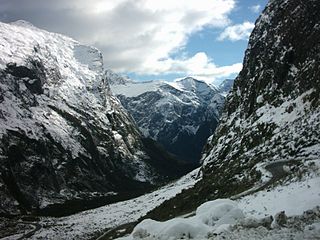 The Homer Tunnel is a 1.2 km long road tunnel in the Fiordland region of the South Island of New Zealand,opened in 1953. New Zealand State Highway 94 passes through the tunnel,linking Milford Sound to Te Anau and Queenstown,by piercing the Darran Mountains at the Homer Saddle. It connects between the valley of the Hollyford River to the east and that of the Cleddau to the west. 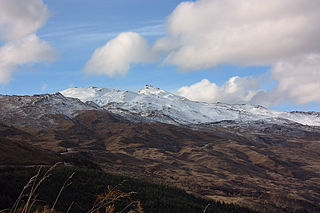 Coronet Peak is a commercial skifield in Queenstown,New Zealand located seven kilometres west of Arrowtown,on the southern slopes of the 1,649-metre peak which shares its name. A popular ski resort in the Southern Hemisphere,Coronet Peak offers a long snow season,well received skiing and snowboarding terrain and lift systems. 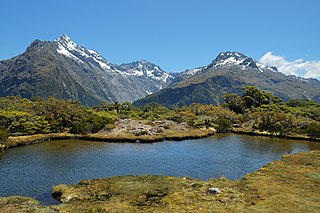 The Routeburn Track is a world-renowned,32 km tramping (hiking) track found in the South Island of New Zealand. The track can be done in either direction,starting on the Queenstown side of the Southern Alps / KāTiritiri o te Moana,at the northern end of Lake Wakatipu or on the Te Anau side,at the Divide,several kilometres from the Homer Tunnel to Milford Sound / Piopiotahi. 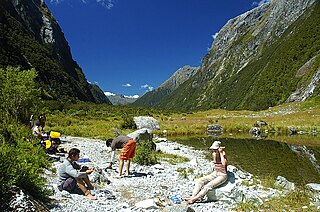 The Milford Track is a hiking route in New Zealand,located amidst mountains and temperate rain forest in Fiordland National Park in the southwest of the South Island. The 53.5 km (33.2 mi) hike starts at Glade Wharf at the head of Lake Te Anau and finishes in Milford Sound at Sandfly Point,traversing rainforests,wetlands,and an alpine pass. 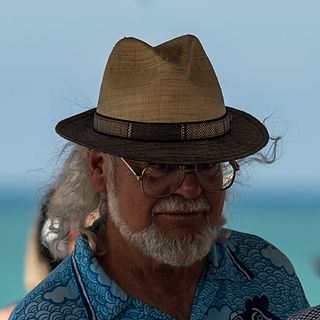 Robin Austin Judkins is a New Zealand sports administrator. He created the Alpine Ironman and the Coast to Coast,races that are often credited for being the origin of adventure racing. He has published an autobiography,Mad Dogs:Life on the Edge.

NZSki Ltd,or nzski.com manages three major New Zealand commercial ski fields;two in Queenstown,The Remarkables and Coronet Peak,and Mt. Hutt nearer to Christchurch. The company is based in Queenstown. It was formerly part of the Mount Cook Group,which was bought by Air New Zealand in 1984 and split up in 1989.

Mount Cook Group was a New Zealand tourism and transport operator founded on 2 April 1912 by Rodolph Lysaght Wigley. Originally a road transport business,the Mount Cook Tourist Company of New Zealand became a public company in 1928. By 1930 Wigley had built it into the largest tourist organisation in New Zealand,and it was renamed Mount Cook and Southern Lakes Tourist Company,the name adopted in the mid-1930s. In 1976 it became The Mount Cook Group Ltd. The company was split in 1989 with various operations progressively sold off,with Air New Zealand retaining the airline businesses. The company remained until 17 June 2013 when it was amalgamated into Air New Zealand Associated Companies Limited,a holding company for Air New Zealand's various businesses.

Transport in Milford Sound in New Zealand is characterised by the remoteness of the area in which it is located. As a popular tourism destination in the South Island,Milford Sound and the village of the same name receive very large numbers of visitors. These tend to arrive and depart within just a few hours each day,as there is little accommodation at the Sound,leading to strong demand peaks for tourism services during the noon and early afternoon period. The journey from Te Anau is rated as one of the most photographic drives of the world.

Glenorchy Air is a scenic flight and air charter company based at Queenstown Airport,New Zealand. The company was founded by Janet and Robert Rutherford in 1992,with just one aeroplane,a Cessna 185. With the expansion of the business,a second aircraft,a Piper PA-32-300 Cherokee Six,was purchased in 1996. The Cessna 185 was sold in 2003 when it was replaced by a new Gippsland GA8 Airvan. The company took delivery of a second Airvan in 2013 and added two more before the business was sold in 2019. 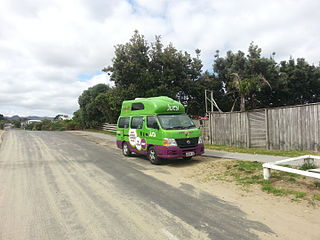 JUCY is a tourism company which was founded in New Zealand in 2001. JUCY is primarily a car and campervan hire business and also operates scenic cruises in Milford Sound,and Snoozes in Auckland central,Queenstown,and Christchurch. 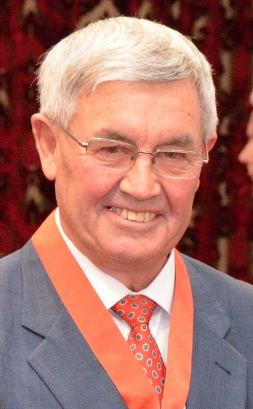 This is a list of mayors of Queenstown Borough in New Zealand. The mayor was the head of the Queenstown Borough Council. The borough existed from 1866 until 1986,when it merged with the Lake County to form Queenstown-Lakes District. During the 120 years of its existence,there were 21 mayors.

RealNZ is a New Zealand tourism company based in Queenstown. The company offers a range of travel,cruises and excursions in Queenstown,Milford Sound / Piopiotahi,Te Anau,Fiordland and Stewart Island / Rakiura. It also operates two skifields Cardrona Alpine Resort,and Treble Cone,and the International Antarctic Centre in Christchurch. The company is the successor of a series of acquisitions in the South Island tourist sector over more than 60 years. The brand RealNZ was launched in October 2021 to bring together multiple brands and businesses including Real Journeys that were previously part of the Wayfare Group,although some of the businesses have retained individual branding. 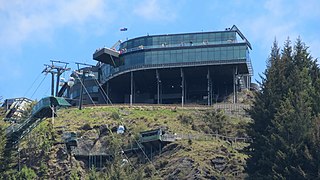 Skyline Queenstown is a tourist attraction service located in Queenstown,New Zealand. Skyline provides a gondola,with a restaurant at the top station and a luge back to the base station.