After starting at Connors Junior College in Warner, Oklahoma, Whisenant transferred to New Mexico State University in 1963 and played two seasons, including a senior season leading the team at 13.1 points per game. [1]

Whisenant began his coaching career as an assistant coach at Coffeyville Community College in 1966; Coffeyville went 48–10 in his two years on staff. From 1968 to 1972, Whisenant was head coach at Arizona Western Junior College and led the school to three league championships and a cumulative 97–30 record. [1] [2]

From 1972 to 1979, Whisenant was an assistant coach at New Mexico under Norm Ellenberger and helped New Mexico accumulate a record of 137–62 and two WAC championships. [1]

Whisenant began a business career focusing on real estate and horse racing after leaving the New Mexico coaching staff. He also coached his son's AAU team in Albuquerque and had a cumulative 176–16 record. [2]

After his stint with the Monarchs, Whisenant was coach and GM for the New York Liberty. On October 25, 2012, the Liberty announced that Whisenant would be leaving the team. [4]

Outside of coaching, Whisenant is a partner in a commercial real estate firm in Albuquerque, New Mexico. [5]

The New York Liberty is an American professional basketball team based in Brooklyn, New York City, New York. The Liberty compete in the Women's National Basketball Association (WNBA) as part of the league's Eastern Conference. The team was founded in 1997 and is one of the eight original franchises of the league. The team is owned by Joe Tsai, the majority owner of the Brooklyn Nets. The team's home games are played at Barclays Center. 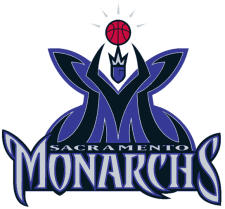 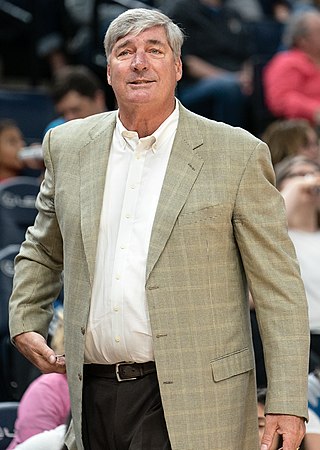 William J. Laimbeer Jr. is an American professional basketball coach and former player who spent the majority of his career with the Detroit Pistons. Known for his rough and violent style of play, he played a big part in the Pistons earning the nickname, the “Bad Boys" in the mid 1980s before helping them win back to back NBA championships. 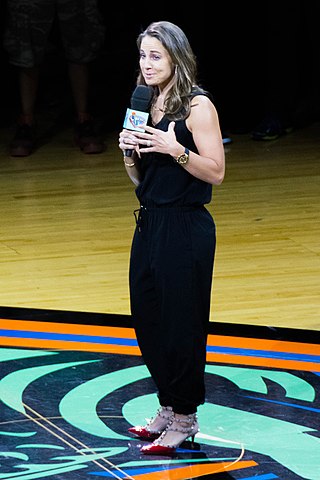 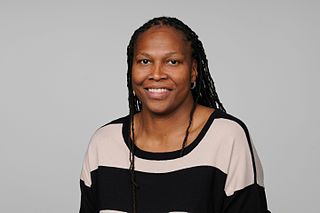 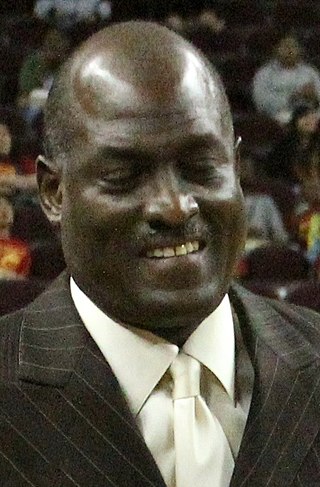 Michael Jerome Cooper is an American basketball coach and former player who is the boys varsity coach at Culver City High School. He played for the Los Angeles Lakers in the National Basketball Association (NBA), winning five NBA championships with the Lakers during their Showtime era. He was an eight-time selection to the NBA All-Defensive Team, including five times on the first team. He was named the NBA Defensive Player of the Year in 1987. 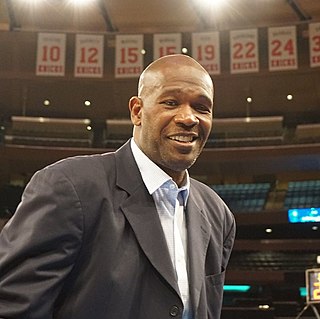 Herbert L. Williams is an American former basketball player in the National Basketball Association (NBA) for eighteen seasons from 1981 to 1999. Williams served as the interim head coach and the assistant coach of the NBA's New York Knicks. He was last an assistant coach for the New York Liberty of the WNBA.

Norman Dale Ellenberger was an American football, basketball, and baseball player and coach. He was head coach of the University of New Mexico Lobo basketball team from 1972 to 1979, winning Western Athletic Conference championships in 1974 and 1978 and compiling an overall record of 134–62 (.684). His former players included future National Basketball Association (NBA) defensive stand-out Michael Cooper, who helped lead the 1977–78 team that was ranked as high as No. 5 nationally. Ellenberger was dismissed as Lobo head coach due to a recruiting scandal known as "Lobogate". 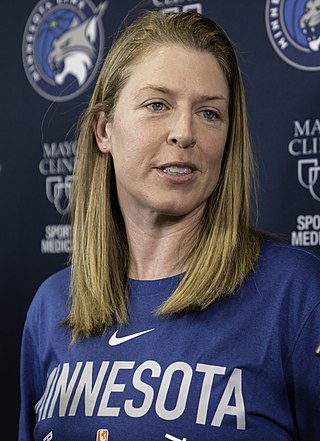 Jennifer Dawn Boucek is an assistant basketball coach for the Indiana Pacers, a former basketball player, and former head coach of the Seattle Storm. She was hired by the Storm on January 20, 2015, but terminated on August 10, 2017 as the team failed to meet the expectations that came along with the acquisition of consecutive top draft picks Jewell Loyd and Breanna Stewart. Boucek was previously the head coach for the Sacramento Monarchs from November 15, 2006 until July 12, 2009. 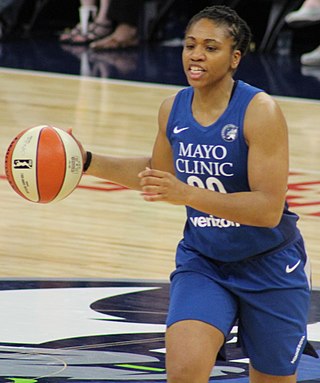 Tanisha Lovely Wright is an American basketball coach and former player. Wright is currently the head coach of the Atlanta Dream of the WNBA. She began her coaching career as an assistant coach at Charlotte. As a player, Wright played 14 WNBA seasons for the Seattle Storm, New York Liberty and Minnesota Lynx and played college basketball for the Penn State Nittany Lions. She ranks fourth in school history in points scored with 1,995 points in 134 career games for Penn State. She was drafted in the 2005 WNBA Draft by the Seattle Storm.

The 2011 WNBA season was the 15th season of the Women's National Basketball Association. The regular season began on June 3 with the Los Angeles Sparks hosting the Minnesota Lynx, featuring 2011 WNBA Draft top pick Maya Moore, in a game televised on NBA TV. Four games followed the next day, with the marquee matchup, televised on ABC, featuring the defending champion Seattle Storm and the Phoenix Mercury in Seattle.

The 2012 WNBA season was the 16th season of the Women's National Basketball Association. The regular season began on May 18, 2012.

The New Mexico Slam was an American professional basketball club. The club competed in the now-defunct International Basketball League which existed from 1999 to 2001.