Karen "Duff" Duffy (born May 23, 1962) is an American writer, model, television personality, and actress. She is a certified hospital chaplain, a former Coney Island Mermaid Queen, and one of People Magazine's "50 Most Beautiful People" in 1993. [1] In 1995, Duffy was diagnosed with a rare form of the disease sarcoidosis called neurosarcoidosis. Since then, she's written two books about her experience living with chronic pain and is a member of the Alliance for the Ethical Treatment of Pain Patients.

Duffy was born in New York City, the daughter of Carol, a homemaker, and Phil, a developer[ citation needed ] She was raised Catholic, and is of Irish descent. [2] [3] She attended Park Ridge High School in Park Ridge, New Jersey, graduating in 1979. She received a bachelor's degree in recreational therapy from the University of Colorado Boulder.

By 1989, Duffy was modeling and appearing in television commercials. She was a VJ for MTV in the early 1990s, under the name "Duff." She had small roles in a handful of films including Dumb and Dumber and Blank Check , and by 1995 was working as a correspondent for documentary filmmaker Michael Moore on his television shows TV Nation and The Awful Truth .[ citation needed ] She also was a Revlon "Charlie Girl" as well as the face of Almay Cosmetics, and co-hosted the pay-per-view television event, Elvis: The Tribute from the Memphis Pyramid in 1994 with Kris Kristofferson.

In 2006, Duffy hosted House of Tiny Terrors on TLC. [4] On July 7, 2007, she appeared on the Live Earth telecast on the Bravo Channel as a co-host at Giants Stadium, East Rutherford, New Jersey.

In 2008, Duffy began working with New York City's NYC Media on a series of emergency preparedness videos. [5] The videos, which mimic the style of the network TV show Secrets of New York , help raise awareness of the perils of natural disasters and preventative actions families should take to prepare for them.

Writing and speaking on sarcoidosis

In 1995, Duffy was diagnosed with a rare form of the disease sarcoidosis called neurosarcoidosis. Her brain and spinal cord were affected, leaving her partially paralyzed.

Duffy is the author of the New York Times bestselling memoir, Model Patient: My Life as an Incurable Wise-Ass. In her latest book, Backbone: Living With Chronic Pain Without Turning Into One, she describes her ongoing incurable disease and constant pain, using humor and acceptance of her condition to cope. She was inspired to write the second book by Lord Byron, who wrote "Always laugh when you can, it is cheap medicine."

Her articles on a wide range of subjects have appeared in numerous media outlets, including The New York Times [6] and Oprah Magazine. [7] She spoke at the 2018 US Pain Foundation annual gala. [8] 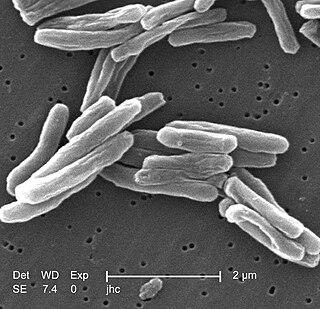 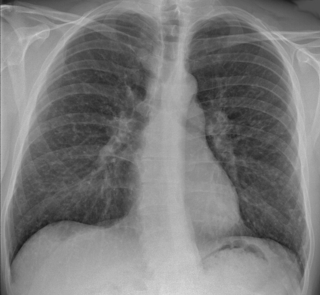 Sarcoidosis is a disease involving abnormal collections of inflammatory cells that form lumps known as granulomata. The disease usually begins in the lungs, skin, or lymph nodes. Less commonly affected are the eyes, liver, heart, and brain. Any organ, however, can be affected. The signs and symptoms depend on the organ involved. Often, no, or only mild, symptoms are seen. When it affects the lungs, wheezing, coughing, shortness of breath, or chest pain may occur. Some may have Löfgren syndrome with fever, large lymph nodes, arthritis, and a rash known as erythema nodosum. 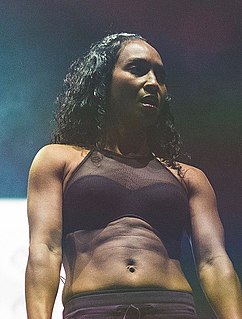 Rozonda Ocielian Thomas, better known by her stage name Chilli, is an American singer-songwriter, dancer, actress, television personality and model who rose to fame in the early 1990s as a member of group TLC, one of the best-selling girl groups of the late 20th century. 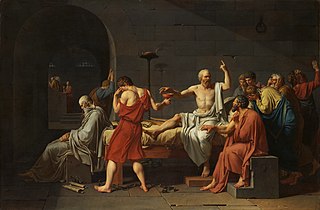 The right to die is a concept based on the opinion that human beings are entitled to end their life or undergo voluntary euthanasia. Possession of this right is often understood that a person with a terminal illness, incurable pain, or without the will to continue living, should be allowed to end their own life, use assisted suicide, or to decline life-prolonging treatment. The question of who, if anyone, may be empowered to make this decision is often subject of debate.

Tension myositis syndrome (TMS), also known as tension myoneural syndrome or mindbody syndrome is a name given by John E. Sarno to a condition of psychogenic musculoskeletal and nerve symptoms, most notably back pain. Sarno described TMS in four books, and stated that the condition may be involved in other pain disorders as well. The treatment protocol for TMS includes education, writing about emotional issues, resumption of a normal lifestyle and, for some patients, support meetings and/or psychotherapy. In 2007, David Schechter published a peer-reviewed study of TMS treatment in the journal "Alternative Therapies in Health and Medicine," showing a 54% success rate for chronic back pain. In terms of statistical significance and success rate, the study outperformed similar studies of other psychological interventions for chronic back pain. 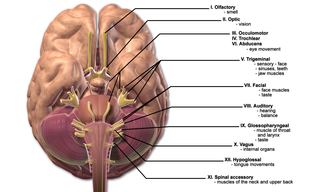 Neurosarcoidosis refers to a type of sarcoidosis, a condition of unknown cause featuring granulomas in various tissues, in this type involving the central nervous system. Neurosarcoidosis can have many manifestations, but abnormalities of the cranial nerves are the most common. It may develop acutely, subacutely, and chronically. Approximately 5–10 percent of people with sarcoidosis of other organs develop central nervous system involvement. Only 1 percent of people with sarcoidosis will have neurosarcoidosis alone without involvement of any other organs. Diagnosis can be difficult, with no test apart from biopsy achieving a high accuracy rate. Treatment is with immunosuppression. The first case of sarcoidosis involving the nervous system was reported in 1905. 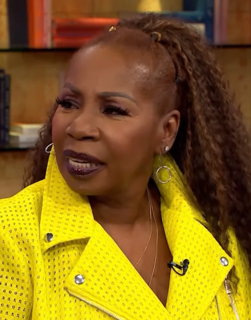 Iyanla Vanzant is an American inspirational speaker, lawyer, New Thought spiritual teacher, author, life coach, and television personality. She is known primarily for her books, her eponymous talk show, and her appearances on The Oprah Winfrey Show. She can currently be seen on television as the host of Iyanla: Fix My Life, on OWN: Oprah Winfrey Network.

A chronic condition is a human health condition or disease that is persistent or otherwise long-lasting in its effects or a disease that comes with time. The term chronic is often applied when the course of the disease lasts for more than three months. Common chronic diseases include arthritis, asthma, cancer, chronic obstructive pulmonary disease, diabetes, Lyme disease, autoimmune diseases, genetic disorders and some viral diseases such as hepatitis C and acquired immunodeficiency syndrome. An illness which is lifelong because it ends in death is a terminal illness. It is possible and not unexpected for an illness to change in definition from terminal to chronic. Diabetes and HIV for example were once terminal yet are now considered chronic due to the availability of insulin for diabetics and daily drug treatment for individuals with HIV which allow these individuals to live while managing symptoms. 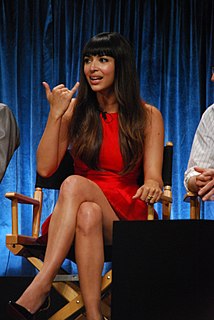 Hannah Simone is a British-Canadian actress, television host, and former VJ and fashion model. She is known for portraying Cece on the Fox sitcom New Girl.

Aspergillosis is a fungal infection of usually the lungs, caused by the genus Aspergillus, a common mold that is breathed in frequently from the air around, but does not usually affect most people. It generally occurs in people with lung diseases such as asthma, cystic fibrosis or tuberculosis, or those who have had a stem cell or organ transplant, and those who cannot fight infection because of medications they take such as steroids and some cancer treatments. Rarely, it can affect skin. 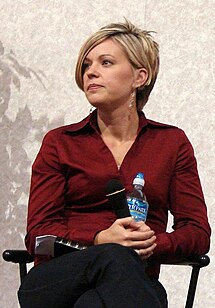 Katie Irene "Kate" Gosselin is an American television personality. She achieved national and international recognition on the US reality TV show Jon & Kate Plus 8, in which she and Jon Gosselin were profiled as they raised their atypical family of sextuplets and twins.

Chronic care management, encompasses the oversight and education activities conducted by health care professionals to help patients with chronic diseases and health conditions such as diabetes, high blood pressure, systemic lupus erythematosus, multiple sclerosis, and sleep apnea learn to understand their condition and live successfully with it. This term is equivalent to disease management for chronic conditions. The work involves motivating patients to persist in necessary therapies and interventions and helping them to achieve an ongoing, reasonable quality of life.

Joey Mead King is a Filipino-Iranian television personality, fashion lifestyle host, runway coach and is the model mentor/co-judge on popular reality show, Asia's Next Top Model cycles two and three. She was listed as one of BBC's 100 Women during 2018. 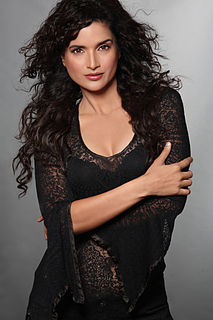 Sushama Reddy is an Indian model, VJ, actress and producer.

Jeannie Mai Jenkins is an American television presenter, make-up artist, and stylist. She is best known for her work on the makeover show How Do I Look? and the syndicated daytime talk show The Real. As a fashion expert, she is frequently featured on television programs such as Today, Extra TV, Entertainment Tonight, and Insider. She has also appeared as a host for E! as well as the Miss Universe pageant. She is currently a sideline reporter on Holey Moley on ABC.

Mary Nissenson was an American television journalist, who also was an entrepreneur, social activist and university instructor.

Cathryn Jakobson Ramin is an American journalist, investigative reporter, and author. She has written for publications such as The New York Times Magazine, New York Magazine, O, the Oprah Magazine, Discover, Craftsmanship Quarterly, Aeon, NewYorker.com and More (magazine). To date, she has published two books, Crooked: Outwitting the Back Pain Industry and Getting on the Road to Recovery, and Carved in Sand: When Attention Fails and Memory Fades in Midlife, which became a ''New York Times'' bestseller.

Jennifer Brea is an American documentary filmmaker and activist. Her debut feature, Unrest, premiered at the 2017 Sundance Film Festival and received the US Documentary Special Jury Award For Editing. Brea also co-created a virtual reality film which premiered at Tribeca Film Festival.