Powers was born and raised in Richmond, Virginia, the son of a factory worker and a postman, and enlisted in the U.S. Army at the age of seventeen. He attended James River High School. [1] Six years later, in 2004, he served a one-year tour in Iraq as a machine gunner assigned to an engineer unit. [2] Powers served in Mosul and Tal Afar, Iraq, from February 2004 to March 2005. After his honorable discharge, Powers enrolled in Virginia Commonwealth University, where he graduated in 2008 with a bachelor's degree in English. He holds an MFA from the University of Texas at Austin, where he was a Michener Fellow in Poetry. [3] [4]

Powers's first novel The Yellow Birds , which drew on his experiences in the Iraq War, garnered a lucrative advance from publisher Michael Pietsch at Little, Brown. It has been called 'a classic of contemporary war fiction' by the New York Times. [5] Michiko Kakutani, book critic for The New York Times , subsequently named the novel one of her 10 favorite books of 2012. Wrote Kakutani: "At once a freshly imagined bildungsroman and a metaphysical parable about the loss of innocence and the uses of memory, it’s a novel that will stand with Tim O’Brien’s enduring Vietnam book, The Things They Carried , as a classic of contemporary war fiction." [6]

In an interview, Powers explained to The Guardian newspaper why he wrote the book: "One of the reasons that I wrote this book was the idea that people kept saying: 'What was it like over there?' It seemed that it was not an information-based problem. There was lots of information around. But what people really wanted was to know what it felt like; physically, emotionally and psychologically. So that's why I wrote it." [7]

Asked about the best book of 2012, writer Dave Eggers said this to The Observer : "There are a bunch of books I could mention, but the book I find myself pushing on people more than any other is The Yellow Birds by Kevin Powers. The author fought in Iraq with the US army, and then, many years later, this gorgeous novel emerged. Next to The Forever War by Dexter Filkins, it's the best thing I've read about the war in Iraq, and by far the best novel. Powers is a poet first, so the book is spare, incredibly precise, unimproveable. And it's easily the saddest book I've read in many years. But sad in an important way." [8]

Not all critics were so laudatory of The Yellow Birds, however. Ron Charles of The Washington Post wrote that "frankly, the parts of The Yellow Birds are better than the whole. Some chapters lack sufficient power, others labor under the influence of classic war stories, rather than arising organically from the author’s unique vision." Michael Larson of Salon argues that the book is ruined by "boggy lyricism ... There’s never a sky not worthy of a few adjectives." And Theo Tait of the London Review of Books argued that the book "labours under the weight of a massive Hemingway crush ... a trainwreck, from the first inept and imprecise simile, to the tin-eared rhythms, to the final incoherent thought."

The book has been adapted on screen in 2017, The Yellow Birds was directed by Alexandre Moors and starred Jack Huston, Alden Ehrenreich, Tye Sheridan and Jennifer Aniston. 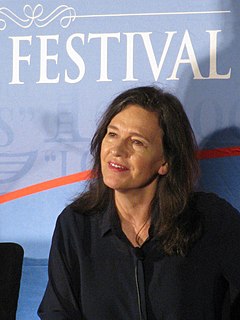 Louise Erdrich is an American author, writer of novels, poetry, and children's books featuring Native American characters and settings. She is an enrolled member of the Turtle Mountain Band of Chippewa Indians, a federally recognized tribe of the Anishinaabe. 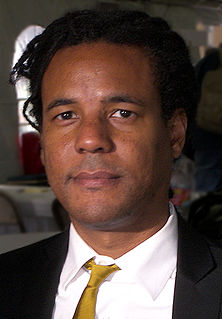 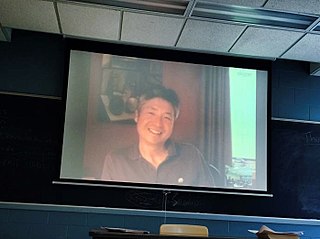 The PEN/Hemingway Award is awarded annually to a full-length novel or book of short stories by an American author who has not previously published a full-length book of fiction. The award is named after Ernest Hemingway and funded by the Hemingway family and the Ernest Hemingway Foundation/Society. It is administered by PEN America. Mary Hemingway, a member of PEN, founded the award in 1976 both to honor the memory of her husband and to recognize distinguished first books of fiction.

Michiko Kakutani is an American literary critic and former chief book critic for The New York Times. Her awards include a Pulitzer Prize for Criticism. 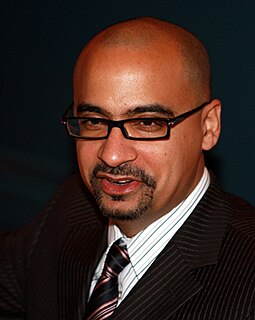 Mohsin Hamid is a British Pakistani novelist, writer and brand consultant. His novels are Moth Smoke (2000), The Reluctant Fundamentalist (2007), How to Get Filthy Rich in Rising Asia (2013), and Exit West (2017).

John Turner Sargent Sr. was president and CEO of the Doubleday and Company publishing house from 1963 to 1978, taking over from the previous president, Douglas Black. He led the expansion of the company from "a modest, family-controlled business to an industry giant with interests extending into broadcasting and baseball." A socialite, he was active in New York's cultural circles. 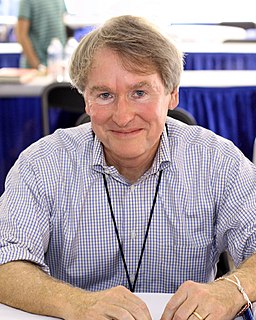 Ben Fountain is an American fiction writer currently living in Dallas, Texas. He has won many awards including a PEN/Hemingway award for Brief Encounters with Che Guevara: Stories (2007) and the National Book Critics Circle Award for fiction for his debut novel Billy Lynn's Long Halftime Walk (2012).

Hannah Tinti is an American writer and the co-founder of One Story magazine. She received the PEN/Nora Magid Award for Magazine Editing in 2009 for One Story.

CivilWarLand in Bad Decline is a book of short stories and a novella by the American writer George Saunders. Published in 1996, it was Saunders's first book. Many of the stories initially appeared in different forms in various magazines, including Kenyon Review, Harper's, The New Yorker and Quarterly West. The collection was listed as a New York Times Notable Book of 1996, as well as a finalist for the 1996 PEN/Hemingway Award.

Stephen Grosz is a psychoanalyst and author.

Maaza Mengiste is an Ethiopian-American writer and author of the novels Beneath the Lion's Gaze (2010) and The Shadow King (2019).

Matt Gallagher is an American author, former U.S. Army captain and veteran of the Iraq War. Gallagher has written on a variety of subjects, mainly contemporary war fiction and non-fiction. He first became known for his war memoir Kaboom (2010), which tells of his and his scout platoon's experiences during the Iraq War. He works as a writing instructor at Words After War, a literary nonprofit devoted to bringing veterans and civilians together to study conflict literature. 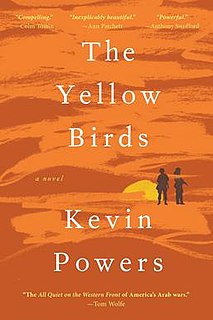 The Yellow Birds is the debut novel from American writer, poet, and Iraq war veteran Kevin Powers. It was one of The New York Times's 100 Most Notable Books of 2012 and a finalist for the 2012 National Book Award. It was awarded the 2012 The Guardian First Book Award, and the 2013 Hemingway Foundation/PEN Award. 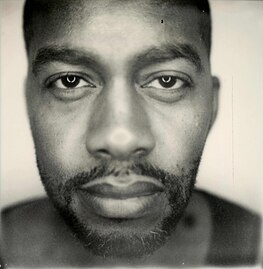 Mitchell S. Jackson is an American writer based in New York City. He is the author of the 2013 novel The Residue Years, as well as Oversoul (2012), an ebook collection of essays and short stories. Jackson is a Whiting Award recipient and a former winner of the Ernest J. Gaines Award for Literary Excellence. He has also been the recipient of fellowships from TED and the Lannan Foundation. Jackson is also a public speaker and documentarian. He serves on the faculties of New York University and Columbia University.

Omar El Akkad is an Egyptian-Canadian novelist and journalist.