Library Journal is an American trade publication for librarians. It was founded in 1876 by Melvil Dewey (familiar as the inventor of the Dewey decimal system). It reports news about the library world, emphasizing public libraries, and offers feature articles about aspects of professional practice. It also reviews library-related materials and equipment. Each year since 2008, the Journal has assessed public libraries and awarded stars in their Star Libraries program.

Library Journal has the highest circulation of any librarianship journal, according to Ulrich's—approximately 100,000. [1]

Founded in 1876 by Melvil Dewey, Library Journal originally declared itself to be the "official organ of the library associations of America and of the United Kingdom." [3] Indeed, the journal's original title was American Library Journal, though "American" was removed from the title after the first year. [4] Its early issues focused on the growth and development of libraries, with feature articles by such prominent authors as R. R. Bowker, Charles Cutter, and Melvil Dewey, and focusing on cataloging, indexing, and lending schemes. In its early issues, Bowker discussed cataloging principles; Cutter, creator of the Cutter Expansive Classification system, developed his ideas; and managing editor Dewey made recommendations for early library circulation systems. Initially, Library Journal did not review books unless they related to librarians' professional interests, but then, like now, the journal ran articles on collection development and ads from publishers recommending their forthcoming books for libraries to purchase.

Early issues of Library Journal were a forum for librarians throughout Canada, the United Kingdom, and the United States to share news, discussions of their libraries' ideas and practices, and reports of professional activities such as meetings and conferences. In an 1878 prospectus, the journal stressed its importance by noting that small libraries, in particular, could gain the "costly experience and practical advice" of the largest libraries. Regular reading of Library Journal, the prospectus declared, would make "the librarian worth more to the library, and the library worth more to the people." [5] In the Notes and Queries section, librarians shared reports of how their library managed common problems, and they maintained a constant exchange of questions and answers about authorship and reader's advisory. Two prominent sections, the Bibliography (compiled by Cutter) and Pseudonyms and Antonyms (compiled by James L. Whitney), served as reference resources for librarians. The latter contained an ongoing list of titles of untitled works and real names of authors who were anonymous or used pseudonyms, with an index compiling all of them in the December issue.[ citation needed ]

The print edition of Library Journal contains the following sections:

LibraryJournal.com, the Library Journal website, provides both subscribers and non-subscribers full access to all print content as well as recent archives. Visitors can sign up for email newsletters such as "BookSmack", "Library Hotline", "LJ Academic Newswire", "LJ Review Alert", and "LJXpress". Web articles in the site's "Libraries & Librarians" category are listed by topic, with each topic assigned its own RSS feed so that users can receive articles relevant to their interests. Past and present reviews are archived and organized by type (book, DVD, gaming, magazine, video, etc.); they are also available via RSS feeds. Another feature is "InfoDocket" (edited by Gary Price and Shirl Kennedy, originally founded, and still accessible, as an separate website at InfoDocket.com). [41] Additionally, Library Journal maintains an up-to-date list of library jobs in the website's "JobZone" feature. [42]

Melville Louis Kossuth "Melvil" Dewey was an influential American librarian and educator, inventor of the Dewey Decimal system of library classification, and a founder of the Lake Placid Club. He was also a founding member of the American Library Association but resigned in 1905, due to allegations of sexual harassment, racism, and antisemitism.

The American Library Association (ALA) is a nonprofit organization based in the United States that promotes libraries and library education internationally. It is the oldest and largest library association in the world, with more than 57,000 members.

LibraryThing is a social cataloging web application for storing and sharing book catalogs and various types of book metadata. It is used by authors, individuals, libraries, and publishers.

Arthur Fremont Rider was an American writer, poet, editor, inventor, genealogist, and librarian. He studied under Melvil Dewey, of whom he wrote a biography for the ALA. Throughout his life he wrote in several genres including plays, poetry, short stories, non-fiction and an auto-biography which he wrote in the third-person. In the early 20th century he became a noted editor and publisher, working on such publications as Publishers Weekly and the Library Journal. In 1933 he became a librarian at Wesleyan University, eventually becoming director of the university's Olin Memorial Library and afterwards founding the Godfrey Memorial Library of genealogy and history in 1947. For his contributions to library science and as a librarian at Wesleyan University he was named one of the 100 Most Important Leaders of Library Science and the Library Profession in the twentieth century by the official publication of the American Library Association.

Richard Rogers "R. R." Bowker was a journalist, editor of Publishers Weekly and Harper's Magazine, and founder of the R. R. Bowker Company.

James F. Williams II is an American librarian. He is the Dean of Libraries at the University of Colorado at Boulder. 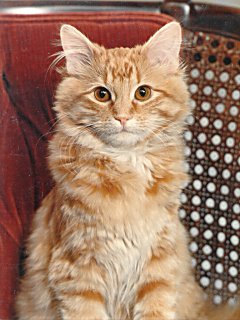 Dewey Readmore Books was the library cat of the Spencer, Iowa, Public Library. Having been abandoned in the library's drop box in January 1988, he was adopted by the library and gained local attention for his story shortly thereafter. His fame soon grew nationally, then internationally, and he was featured in a variety of mediums, including Paul Harvey's radio program The Rest of the Story and a Japanese documentary about cats. His story became so well known that, after his death in December 2006, his obituary was featured in more than 270 newspapers worldwide. Dewey's caretaker, head librarian Vicki Myron, published a book on Dewey's life in 2008, entitled Dewey: The Small-Town Library Cat Who Touched the World, which became a New York Times number-one nonfiction bestseller which was translated into numerous languages. Myron adapted it for two children's versions, wrote the sequel Dewey's Nine Lives (2010), and published a third children's book, Dewey's Christmas at the Library.

Dewey: The Small-Town Library Cat Who Touched the World is a best-selling non-fiction book published in September 2008. The book recounts the life of Dewey Readmore Books, the cat in residence at the Spencer Public Library in Spencer, Iowa.

The San Francisco Mercantile Library Association was a civic group organized in San Francisco, California, to "stimulate a generous rivalry in mental culture, by rendering it the fashion to read and converse on literary topics." Its founders J.B. Crockett, F.A. Woodworth, and F.C. Ewer aspired to "make our infant city as distinguished for literature and science as it already is for its commerce and wealth." By 1854 the group had collected for its library some 3,000 volumes. The library grew to 14,000 volumes by 1861, and to 36,000 by 1874. Holdings included travel writing, essays, plays, California history, American history, and literature by Chaucer, Shakespeare, and Sainte-Beuve. In 1906 the association merged into the San Francisco Mechanics' Institute. Later the same year an earthquake disaster ruined the combined collections. The Institute constructed a new Mechanics'-Mercantile Library building in 1910.

Vicki Myron is an American author and librarian. Director of the Spencer Public Library for more than 20 years, Myron is best known for her book Dewey: The Small-Town Library Cat Who Touched the World, written with Bret Witter. It sold more than one million copies internationally and was on bestseller lists for more than six months. It is about a cat which she found and cared for at the library, and his engaging effects on the townspeople. The library cat's story became internationally known before his death.

Mary Wright Plummer was a prominent American librarian who became the second female president of the American Library Association (1915–1916).

Klas August Linderfelt was an American librarian. A native of Sweden, he emigrated to Milwaukee, Wisconsin and became a teacher and a librarian. As the first librarian of the Milwaukee Public Library, he became a significant figure in the city and in the library profession, becoming the seventh President of the American Library Association. He left both the city and the profession permanently following his arrest for embezzlement.

Josephus Nelson Larned was an American newspaper editor, author, librarian, and historian. As superintendent of the Young Men's Association Library, he presided over its transformation into what is now the Buffalo & Erie County Public Library.

Alice Bertha Kroeger was an American librarian and educator. Kroeger was a student of Melvil Dewey. She founded the library science program at Drexel University in 1892 and directed the program until her death in 1909.

Zella Allen Dixson was an author, lecturer, librarian, and publisher. She was the longest-serving director and associate librarian of the University of Chicago Extension Division's library school.

Mary Floyd Williams was an American librarian and California historian. In 1918, she became the first woman to complete a doctorate in history at the University of California, with a dissertation on the San Francisco Committee of Vigilance.