Kevin B. Thomas (born 1936) is an American film critic who has written reviews for the Los Angeles Times since 1962. His long tenure makes him the longest-running film critic among major United States newspapers. [1]

Thomas was born in Los Angeles in 1936. He earned a bachelor's degree from Gettysburg College in 1958 and master's degree from Pennsylvania State University in 1960. [1] [2]

Thomas is known for giving fairly positive reviews compared to other critics, and certainly less critical than Kenneth Turan, who joined the Los Angeles Times in 1991. [3] [4] [5]

In 2003, the National Lesbian and Gay Journalists Association gave Thomas a Lifetime Achievement Award. [6] Thomas holds an honorary position on the Advisory Board of GALECA: The Society of LGBTQ Entertainment Critics and its Dorian Awards. [7]

GLAAD is an American non-governmental media monitoring organization, founded as a protest against defamatory coverage of LGBT people. Its agenda has since extended to the entertainment industry and its portrayal of these groups. The movement is now known by its initials only, as its full name could be taken as excluding bisexual and transgender issues.

Randy Shilts was an American journalist and author. After studying journalism at the University of Oregon, he began working as a reporter for both The Advocate and the San Francisco Chronicle, as well as for San Francisco Bay Area television stations. In the early 1980s, he was noted for being the first openly-gay reporter for the San Francisco Chronicle. His first book The Mayor of Castro Street: The Life and Times of Harvey Milk was a biography of LGBT activist Harvey Milk. 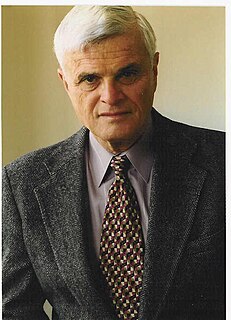 Leroy "Roy" F. Aarons was an American journalist, editor, author, playwright, founder of the National Lesbian and Gay Journalists Association (NLGJA), and founding member of the Robert C. Maynard Institute for Journalism Education. In 2005 he was inducted into the NLGJA Hall of Fame.

William Condon is an American director and screenwriter. Condon is known for writing and/or directing numerous successful and acclaimed films including Gods and Monsters, Chicago, Kinsey, Dreamgirls, The Twilight Saga: Breaking Dawn – Part 1, and The Twilight Saga: Breaking Dawn – Part 2. He has received two nominations for the Academy Award for Best Adapted Screenplay; Gods and Monsters and Chicago, winning for the former.

The National Lesbian and Gay Journalists Association is an American professional association dedicated to unbiased coverage of LGBTQ issues in the media. It is based in Washington, D.C., and the membership consists primarily of journalists, students, educators, and communications professionals.

Dorian Blues is a 2004 comedy-drama film about a gay teenager coming to terms with his identity in upstate New York. The film was written and directed by Tennyson Bardwell and is loosely based on Bardwell's college roommate.

Patrik-Ian Polk is an American director, screenwriter, and producer. Polk, who is openly gay, is noted for his films and theatre work that explore the experiences and stories of African-American LGBT people. In 2016, Polk was included in the Los Angeles Times Diverse 100 list, which described him as "the man bringing black gay stories to screens large and small". 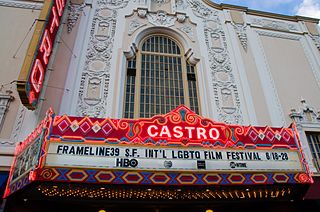 The Dilemma is a 2011 American dark comedy film directed by Ron Howard, written by Allan Loeb and starring Vince Vaughn and Kevin James. The film follows savvy businessman Ronny (Vaughn) and genius engineer Nick (James) who are best friends and partners in an auto design firm. They are pursuing a project to make their firm famous. Ronny sees Nick's wife Geneva kissing another man. Ronny seeks out answers and has to figure out how to tell Nick about what he saw while working with him to complete their critical presentation. 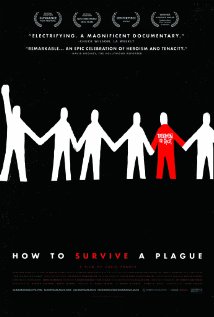 How to Survive a Plague is a 2012 American documentary film about the early years of the AIDS epidemic, and the efforts of activist groups ACT UP and TAG. It was directed by David France, a journalist who covered AIDS from its beginnings. France's first film, it was dedicated to his partner Doug Gould who died of AIDS-related pneumonia in 1992. The documentary was produced using more than 700 hours of archived footage which included news coverage, interviews as well as film of demonstrations, meetings and conferences taken by ACT UP members themselves. France says they knew what they were doing was historic, and that many of them would die. The film, which opened in select theatres across the United States on September 21, 2012, also includes footage of a demonstration during mass at St. Patrick's Cathedral in 1989. 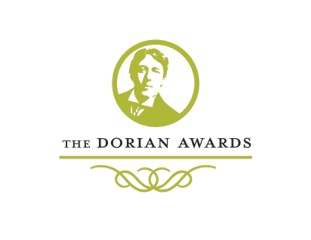 The Dorian Awards are film and television accolades given by GALECA: The Society of LGBTQ Entertainment Critics, founded in 2009 as the Gay and Lesbian Entertainment Critics Association. GALECA is an association of professional journalists and critics who regularly report on movies and/or TV for print, online, and broadcast outlets in the United States, Canada, Australia, and the United Kingdom. As of February 2020, GALECA lists approximately 260 members. The awards recognize the best in film, television, and performance for the prior calendar year.

Michael Bronski is an American academic and writer, best known for his 2011 book A Queer History of the United States. He has been involved with LGBT politics since 1969 as an activist and organizer. He has won numerous awards for LGBTQ activism and scholarship, including the prestigious Publishing Triangle's Bill Whitehead Award for Lifetime Achievement. Bronski is a Professor of Practice in Media and Activism at Harvard University. 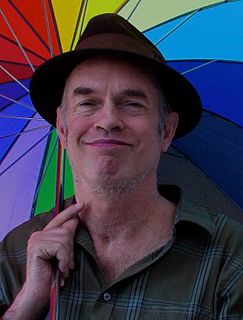 Stuart Timmons was an American journalist, activist, historian, and award-winning author specializing in LGBT history based in Los Angeles, California. He was the author of The Trouble With Harry Hay: Founder of the Modern Gay Movement and the co-author of Gay L.A.: A History of Sexual Outlaws, Power Politics, and Lipstick Lesbians with Lillian Faderman.