Lennoxlove House is a historic house set in woodlands half a mile south of Haddington in East Lothian, Scotland. The house comprises a 15th-century tower, originally known as Lethington Castle, and has been extended several times, principally in the 17th, 19th and 20th centuries. The house is protected as a category A listed building, and is described by Historic Scotland as "one of Scotland's most ancient and notable houses." [1] The wooded estate is included on the Inventory of Gardens and Designed Landscapes in Scotland, the national listing of significant gardens. [2]

It is now the seat of the Duke of Hamilton and Brandon.

The lands of Lethington were acquired by Robert Maitland of Thirlestane in 1345. The Maitland family constructed the earliest part of the building, the L-plan tower house at the south-west of the building. [1] Mary of Guise stayed at Lethington in 1548 when she came to see Haddington with Piero Strozzi. The following year it was burned by the English troops who were then occupying Haddington. Prominent members of the Maitland family included the poet Richard Maitland (1496–1586), his son William Maitland of Lethington (1525–1573), Secretary of State to Mary, Queen of Scots, and his son James Maitland of Lethington (b.1568). It was then acquired by his uncle, John Maitland, 1st Lord Maitland of Thirlestane (1537–1595), it was said in an underhanded manner. Sir John Scot of Scotstarvet, writing in the seventeenth century, commented thus: "Yet the conquest he made of the barony of Liddington [Lethington] from his brother's son, James Maitland, was not thought lawful nor conscientious." James Maitland had become a Catholic and was obliged to leave Scotland. James VI of Scotland visited John Maitland, who was Chancellor of Scotland, at Lethington on 28 April 1593 to persuade him to return to court. [3]

In 1674, Lennoxlove is said to have been the first Scottish estate to practice "enclosure", dividing the ground into evenly sized rectangular fields. [4]

The coach house was built around 1676, to designs by Sir William Bruce. [1] Lethington remained in the Maitland family until after the death of John Maitland, 1st Duke of Lauderdale (1616–1682) who was born there. [5]

The property was purchased by the trustees of Frances Teresa Stuart, Duchess of Richmond and Lennox following her death in 1702 for the benefit of her "neare and deare kinsman the said Walter Stuart". Walter Stuart was the eldest son of Alexander, 5th Lord Blantyre, the first cousin, twice removed, of the duchess, and was to become the 6th Lord Blantyre on the death of his father in 1704. The Duchess had stipulated that the property be called "Lennox's Love to Blantyre", this was subsequently shortened to Lennoxlove. It remained in the ownership of the Blantyre-Stewarts for almost two centuries. When the 12th Lord Blantyre died in 1900 without male heirs, the property passed into the ownership of his daughter, Ellen Stewart, and her husband Sir David Baird, 3rd Baronet of Newbyth, Prestonkirk. Their younger son, Major William Baird, commissioned the architect Sir Robert Lorimer to oversee extensive refurbishment of the house in 1912.

Lennoxlove is now the seat of the Dukes of Hamilton, having been purchased by the 14th Duke in 1946. It is open to the public during the summer, accommodates corporate events and weddings, and can be rented privately by groups.

Lennoxlove is home to one of Scotland's most important collections of portraits, including works by Anthony van Dyck, Canaletto, Sir Peter Lely, Sir Godfrey Kneller, Sir Henry Raeburn, and others. It also houses important pieces of furniture, porcelain and other fine artefacts, many of which came from the now demolished Hamilton Palace in Lanarkshire. The collections include the Boulle cabinet given to the Duchess by King Charles II and a silver jewellery box that belonged to Mary, Queen of Scots, that purportedly held the Casket letters showing her complicity in the murder of Lord Darnley, together with her death mask. There is also the map and compass carried by Rudolf Hess, Adolf Hitler's deputy, who flew to Scotland in 1941 on a mission to involve the 14th Duke of Hamilton in helping negotiate peace between Britain and Germany.

The very rare and important 17-piece Lennoxlove toilet service in silver-gilt can now be seen in the National Museum of Scotland in Edinburgh. It was discovered in its custom travelling-case in a tower room of the house shortly after it changed hands in 1900. It was made in Paris, almost certainly for Frances Teresa Stuart, Duchess of Richmond and Lennox (1647-1702). The pieces come from a number of different makers and years, and the service was assembled around 1672. [6] 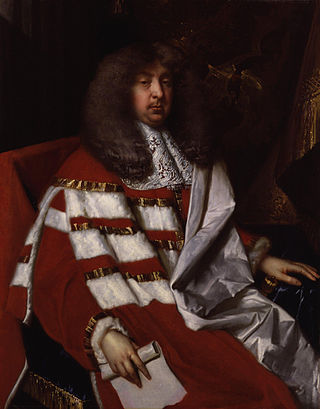 John Maitland, 1st Duke and 2nd Earl of Lauderdale, 3rd Lord Maitland of Thirlestane KG PC, was a Scottish politician, and leader within the Cabal Ministry.

William Maitland of Lethington was a Scottish politician and reformer, and the eldest son of poet Richard Maitland. 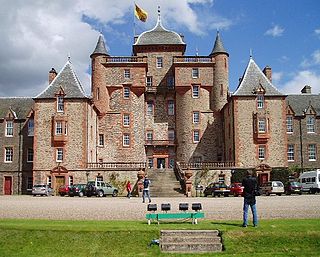 Thirlestane Castle is a castle set in extensive parklands near Lauder in the Borders of Scotland. The site is aptly named Castle Hill, as it stands upon raised ground. However, the raised land is within Lauderdale, the valley of the Leader Water. The land has been in the ownership of the Maitland family since 1587, and Thirlestane served as the seat of the Earls of Lauderdale. The castle was substantially extended in the 1670s by the first and only Duke of Lauderdale. Further additions were made in the 19th century. The castle is now cared for by a charitable trust, and is open to the public. 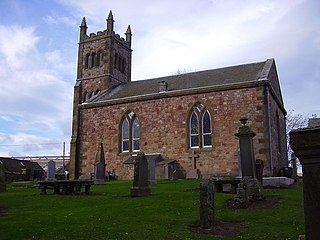 Bolton is a hamlet and the third smallest parish in East Lothian, Scotland. It lies approximately 2 miles (3.2 km) south of Haddington and 20 miles (32 km) east of Edinburgh, and is an entirely agricultural parish, 6 miles (9.7 km) long by about 1.25 miles (2.01 km) wide. The most notable buildings in the hamlet are the Parish Church, an 18th-century dovecote or "doo'cot" and the former Bolton Primary School, which now serves as the village hall.

Sir William Bruce of Kinross, 1st Baronet, was a Scottish gentleman-architect, "the effective founder of classical architecture in Scotland," as Howard Colvin observes. As a key figure in introducing the Palladian style into Scotland, he has been compared to the pioneering English architects Inigo Jones and Christopher Wren, and to the contemporaneous introducers of French style in English domestic architecture, Hugh May and Sir Roger Pratt. 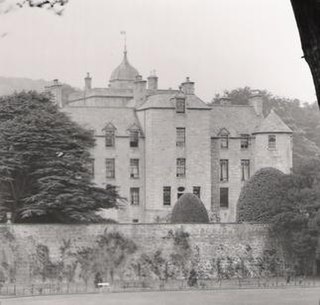 Haltoun House, or Hatton House, was a Scottish baronial mansion set in a park, with extensive estates in the vicinity of Ratho, in the west of Edinburgh City Council area, Scotland. It was formerly in Midlothian, and it was extensively photographed by Country Life in September 1911. 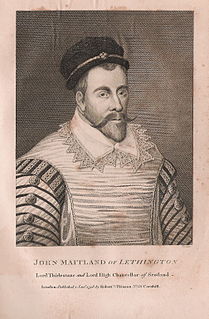 The Collegiate Church of St Mary the Virgin is a Church of Scotland parish church in Haddington, East Lothian, Scotland.

Charles Walter Stuart, 12th Lord Blantyre, DL, styled Master of Blantyre from birth until 1830, was a Scottish politician and landowner with 14,100 acres (57 km2).

The Barony of Stobo is a Scottish fedual barony which takes its name from Stobo in the Scottish Borders. 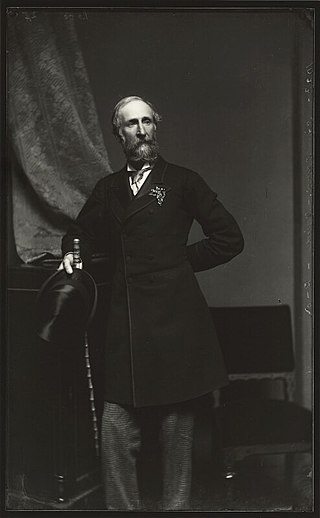