Lew Futterman is an American record producer and manager, who was most active in the 1960s to the early 1980s. Commencing as of 1977, he has increasingly been involved in real estate development, primarily in New York City. [1]

Following graduation from Cornell University, [1] Lewis (Lew) Futterman, was initially a producer for Prestige Records. He later became an independent producer, [2] with a portfolio of jazz, soul and rock artists and bands he managed, or whose recordings he produced, including Jay and the Americans, [3] Benny Golson, [4] Jimmy Witherspoon, [2] Jack McDuff, [2] J.J. Jackson, George Benson, Ted Nugent [5] and the British jazz-rock band If. [6] [7]

In 1970, he joined forces with UK club owner Stuart Lyon, to form Stuart Lyon Associates, [8] a company which represented, among other groups, Aquila, J.J. Jackson's Dilemma, If and Curved Air. [9] From the mid 1970s through the early 1980s, Futterman focused primarily on rock music. His production company was responsible for all Ted Nugent hit albums during that period. During that time he also became involved in residential real estate development and, by 2017, had been the developed or co-developer of over 1000 residential units in Manhattan and Los Angeles. Included in those developments were the 114 unit Opera Coops on the Upper West Side, and the 217 Unit Fifth on the Park condominiums. He is still active in LA Coastal development.

Also, from 1985 through the early 1990s, Futterman opened two critically acclaimed restaurants, Andiamo in the Lincoln Center area and L'Ostello in Vail, Colorado. [10] 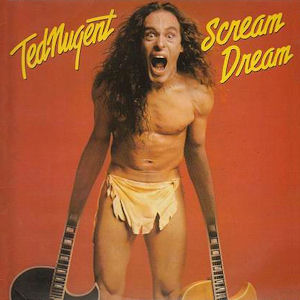 Scream Dream is the sixth studio album by American hard rock musician Ted Nugent. The album was released in June 1980 by Epic Records, and reached number 13 on the Billboard 200, becoming Nugent's most successful album in the US. It was his last studio album to feature drummer Cliff Davies. 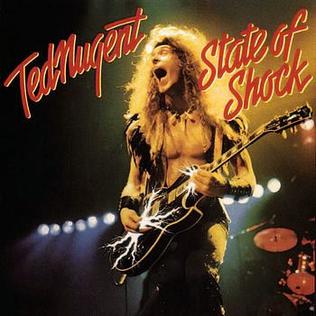 If was a British progressive rock and jazz rock band formed in 1969. In the period spanning 1970–75, they released eight studio-recorded albums and undertook 17 tours of Europe, the US and Canada.

Jerome Louis Jackson known as J.J. Jackson, is an American soul/R&B singer, songwriter, and arranger. His singing style is as a belter. Jackson best known for the song "But It's Alright", which he co-wrote with Pierre Tubbs. The song was released in 1966 and then re-released in 1969, to chart success on both occasions. The liner notes to his 1967 album, J.J. Jackson, on Calla Records, stated that he weighed 285 pounds.

Theodore Anthony Nugent is an American singer-songwriter, guitarist, and pro-gun political activist. Nugent initially gained fame as the lead guitarist of The Amboy Dukes, a band formed in 1963 that played psychedelic rock and hard rock. After dissolving The Amboy Dukes, he embarked on a solo career. Nugent is known for his Gibson Byrdland, his bluesy and frenzied guitar playing and his energetic live shows. Despite possessing a distinctive, wide ranging singing voice, Nugent recorded and toured with other singers during much of his early solo career, including Derek St. Holmes, Brian Howe, and Meat Loaf, only taking on full lead vocal duties later on. In the late 1980s and early 1990s, he was part of the supergroup Damn Yankees.

If 2 is the second release by the English Jazz rock band If. It was released in 1970 on the Island Records label in the UK and Capitol Records in the US.

J.J. Jackson's Dilemma is the fourth album by J. J. Jackson and his second recorded in the UK. 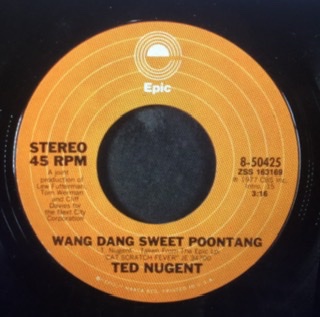 ...and proud of it! is the fifth and final album released by singer J.J. Jackson, and is also his third album recorded in the United Kingdom. The album was released by Perception Records in 1970.