Lost Angels (also known as The Road Home) is a 1989 independent film directed by Hugh Hudson and written by Michael Weller. It stars Donald Sutherland and Adam Horovitz. It was filmed in and around San Antonio, Texas. The film was entered into the 1989 Cannes Film Festival. [1]

Tim Doolan (Horovitz), a troubled youth from a broken home in Los Angeles, is sent to a private psychiatric hospital after an altercation with the police turns violent. In the hospital, he makes a connection with Dr. Charles Loftis (Sutherland), a man with issues of his own.

Donald McNichol Sutherland is a Canadian actor whose film career spans 56 years. He has been nominated for eight Golden Globe Awards, winning two for his performances in the television films Citizen X (1995) and Path to War (2002); the former also earned him a Primetime Emmy Award. An inductee of the Hollywood Walk of Fame and Canadian Walk of Fame, he also received a Canadian Academy Award for the drama film Threshold (1981). Several media outlets and film critics describe him as one of the best actors who have never received an Academy Award nomination. In 2017, he received an Academy Honorary Award for his contributions to cinema.

James Gray is an American film director and screenwriter. Since his feature debut Little Odessa in 1994, he has made six other features, four of which competed for the Palme d'Or at the Cannes Film Festival.

Adam Keefe Horovitz, better known as Ad-Rock or King Ad-Rock, is an American rapper, guitarist and actor. He was a member of the hip hop group Beastie Boys. He is married to musician and feminist activist Kathleen Hanna.

The 26th Daytime Emmy Awards were held in 1999 to commemorate excellence in daytime television programming from the previous year (1998). The main ceremonies were held May 21, 1999, at The Theater in Madison Square Garden in New York City and were televised live by CBS. Memorable moments that occurred at the ceremonies included the ABC soap opera General Hospital winning a record number of Daytime Emmys with a total of eight, and Susan Lucci's first-ever win in the Outstanding Lead Actress category after losing a total of 18 times. Winners in each category are in bold.

The 25th Daytime Emmy Awards were held in 1998 to commemorate excellence in daytime programming from the previous year (1997).

Israel Horovitz was an American playwright, director, actor and co-founder of the Gloucester Stage Company in 1979. He served as artistic director until 2006 and later served on the board, ex officio and as artistic director emeritus until his resignation in November 2017 after The New York Times reported allegations of sexual misconduct. 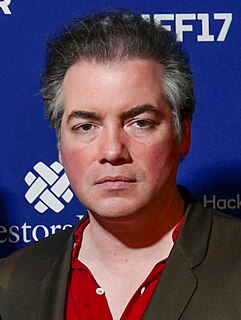 A Kid For Two Farthings is a 1955 film, directed by Carol Reed. The screenplay was adapted by Wolf Mankowitz from his own novel of the same name. The film presumably gets its name from an Aramaic song traditionally sung after the Passover Seder, Chad Gadya, in which a kid bought for two small coins, "zuzim" in the original, stands in for the Children of Israel.

S*P*Y*S is a 1974 comedy directed by Irvin Kershner and starring Elliott Gould, Donald Sutherland, and Zouzou. The film was screened at the 1974 Cannes Film Festival, but was not entered into the main competition.

Johnny Got His Gun is a 1971 American drama anti-war film written and directed by Dalton Trumbo based on his 1939 novel of the same name, and starring Timothy Bottoms, Kathy Fields, Marsha Hunt, Jason Robards, Donald Sutherland and Diane Varsi. It was based on the novel of the same title by Trumbo, and features an uncredited writing collaboration by Luis Buñuel. 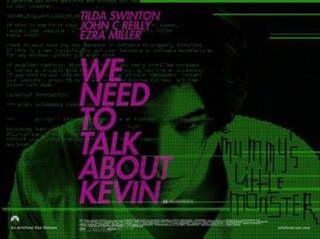 We Need to Talk About Kevin is a 2011 British-American psychological thriller drama film directed by Lynne Ramsay. The screenplay, written by Ramsay and Rory Stewart Kinnear, was based on the 2003 novel of the same name by Lionel Shriver. A long process of development and financing began in 2005, with filming commencing in April 2010.

Kevin Bernhardt is an American screenwriter, film actor, television actor, and producer. Bernhardt started as an actor in TV, with contract roles on Dynasty in 1989 and General Hospital (1985–1988). Following that, he had a dozen lead film roles until the mid-1990s - when he began seeing his screenplays produced - and decided to focus on writing. He had over 30 screenplays produced, before returning to a lead role opposite Amy Redford in Hate Crime. And most recently - to a major supporting role opposite Michael Caine and Ben Foster in 2020's Medieval.

The Leisure Seeker is a 2017 comedy-drama film directed by Paolo Virzì, in his first full English-language feature. The film is based on the 2009 novel of the same name by Michael Zadoorian. It stars Helen Mirren and Donald Sutherland, acting together for the first time since the 1990 film Bethune: The Making of a Hero. It was screened in the main competition section of the 74th Venice International Film Festival. Mirren received a Golden Globe nomination for her work in the film.

Measure of a Man, also known as American Summer in the United Kingdom, is a 2018 American comedy-drama film directed by Jim Loach and written by David Scearce, based on the 1977 novel One Fat Summer by the author Robert Lipsyte. The film stars Blake Cooper, Donald Sutherland, Judy Greer, and Luke Wilson.

The House of God is a 1984 American comedy-drama film written and directed by Donald Wrye and starring Tim Matheson, Charles Haid, Michael Sacks, Ossie Davis and Howard Rollins. It is based on Samuel Shem's novel of the same name. According to Leonard Maltin, the film was never released theatrically.