In 1999, he began his career in the role of German dubbing assistant for the Stanley Kubrick film Eyes Wide Shut .

In the same year, his first short film, Entering Reality, starring August Diehl [2] attracted attention at film festivals. [3] In 1999, he founded the production company Die Filmmanufaktur with Oliver Weiss. In 2000, he made the short film Der Atemkünstler, for which he was nominated for the Talent award First Steps, and in 2002, he made a TV pilot, Rec – Kassettenmädchen/Kassettenjungs.

In 2003, his first feature-length film, Ganz und gar, which describes the life of a young leg amputee, was released in theaters. [4]

This was followed in 2004 with the drama Sommersturm (Summer Storm), which, according to Kreuzpaintner, resembles his own coming out as a young homosexual. Summer Storm won The German Film Award (Germany’s version of the Oscar) for Best Young Director and earned him a nomination for Best Director and Best Screenplay. The movie’s lead was also nominated for Best Actor. Distributed by Warner Bros., the film was an official selection at over 50 film festivals worldwide, including Toronto, Berlin, London, and Palm Springs. [5]

In 2006, he wrote the screenplay for the film version of the youth novel Die Wolke . [6]

In 2007, Trade was released internationally. The film focuses on the subject of human trafficking, forced prostitution, and modern slavery. Trade was produced by Rosilyn Heller and was originally supposed to be directed by Roland Emmerich. However, as he was involved in preparation for directing 10.000 B.C. at the time, another director was sought, and Emmerich chose Kreuzpaintner, having met him previously in Munich in 2003. Trade was the first film to have its world premiere at the The United Nations Headquarters in New York. [7] The premiere was hosted by Sigourney Weaver, with former Secretary-General of the United Nations, Ban Ki-Moon opening the event.

On October 9, 2008, Krabat, an adaptation of the youth novel of the same name by Otfried Preußler was released, starring Robert Stadlober, Daniel Brühl and David Kross. Krabat had a successful release both in Germany and international markets, breaking the domestic record in 2008 for German Language film. Looking to expand into other areas of the filmmaking business, 2009 saw Kreuzpaintner co-found the production company Summerstorm Entertainment in Berlin, with producers Ossie von Richthofen and Fabian Wolfart. [8] Summerstorm Entertainment continues to develop and produce English and German language films, it became a subsidary of multi-faceted media company Film House Germany in 2011. [9]

Following a break of a few years after the release of Krabat. Kreuzpaintner developed a screenplay originally set for an English language release. However, Kreuzpaintner eventually reworked the script into a German language romantic comedy, Coming In . [10] Following the success of Coming In, Kreuzpaintner found critical success and record ratings with T.V. movies distributed through German television network, ARD. During this time, he began the development of an original thriller.

In 2018, Amazon Prime Video commissioned, Beat, a German thriller television show created and directed by Kreuzpaintner. It starred Jannis Niewöhner as the titular character, Beat. It was released on 9 November 2018. [11]

Following the release of Beat, Kreuzpaintner moved back to feature filmmaking. In 2019, Kreuzpaintner directed The Collini Case , a film about a young lawyer who stumbles upon a vast conspiracy while investigating a brutal murder case. The film stars Franco Nero, Elyas M'Barek, Heiner Lauterbach, Alexandra Maria Lara and Rainer Bock. [12] Returning to television in 2020, Kreuzpaintner directed two episodes (Little Adventures & Layover) of the show Soulmates, a show created by William Bridges & Brett Goldstein. It was released on October 5, 2020 through Amazon Studios. [13] In 2021, Kreuzpaintner joined The Lazarus Project, a project produced through Urban Myth Films [14] and written by Joe Barton. Paapa Essidu stars as George in the lead role, a character who is forced to choose between the love of his life and the fate of the world. [15] Kreuzpaintner directed the first four episodes and was an executive producer for the series. [16] The show was released on 16 June 2022 through Sky Max and Now.

In 2022, an adaptation of Si Spencer's graphic novel, Bodies began production. The eight part series is produced with Netflix through Moonage Pictures, with Susie Liggat as series producer and Kreuzpaintner directing the first four episodes. [17] 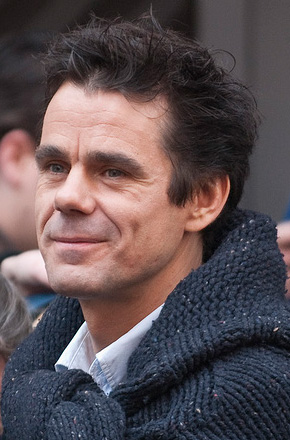 Tom Tykwer is a German film director, producer, screenwriter, and composer. He is best known internationally for directing the thriller films Run Lola Run (1998), Heaven (2002), Perfume: The Story of a Murderer (2006), and The International (2009). He collaborated with The Wachowskis as co-director for the science fiction film Cloud Atlas (2012) and the Netflix series Sense8 (2015–2018), and worked on the score for Lana Wachowski's The Matrix Resurrections (2021). Tykwer is also well known as the co-creator of the internationally acclaimed German television series Babylon Berlin (2017–). 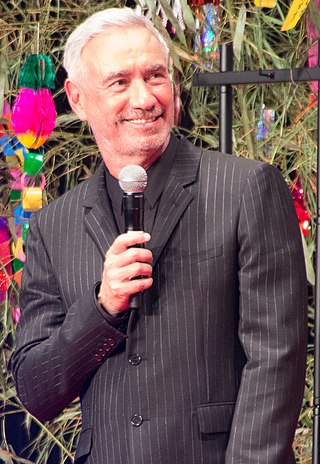 Roland Emmerich is a German film director, screenwriter, and producer. He is widely known for his science fiction and disaster films and has been called a "master of disaster" within the industry. His films, most of which are English-language Hollywood productions, have made more than $3 billion worldwide, including just over $1 billion in the United States, making him the country's 15th-highest-grossing director of all time. He began his work in the film industry by directing the film The Noah's Ark Principle (1984) as part of his university thesis and also co-founded Centropolis Entertainment in 1985 with his sister. He is also known for directing films such as Universal Soldier (1992), Stargate (1994), Independence Day (1996) and its sequel Independence Day: Resurgence (2016), Godzilla (1998), The Patriot (2000), The Day After Tomorrow (2004), 10,000 BC (2008), 2012 (2009), White House Down (2013), Midway (2019), and Moonfall (2022). He is a collector of art and an LGBT activist, and is openly gay. 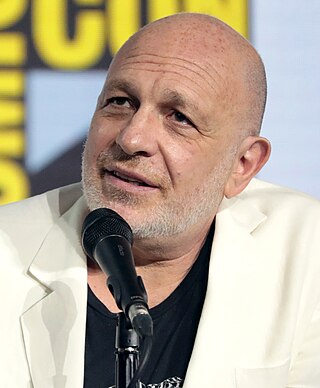 Akiva J. Goldsman is an American filmmaker. He is known for making motion pictures and adaptations of popular novels. 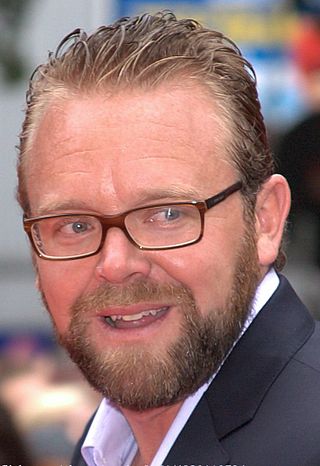 Joseph Aaron Carnahan is an American film director, screenwriter, producer and actor whose films include Blood, Guts, Bullets and Octane; Narc; Smokin' Aces; The A-Team; The Grey; and Boss Level. He also wrote and directed several episodes for the NBC television series The Blacklist. He is the brother of screenwriter Matthew Michael Carnahan and producer Leah Carnahan. 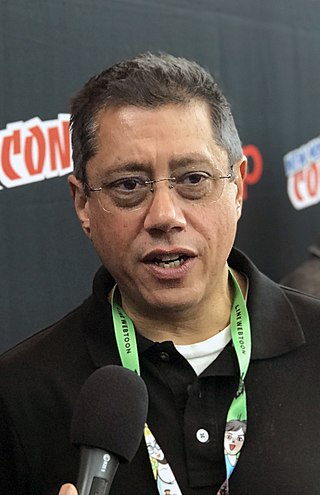 Dean Devlin is an American screenwriter, producer, director, and actor of film and television. He is best known for his collaborations with director Roland Emmerich, and for his work on the Librarian and Leverage television franchises. He is a co-founder of the production companies Centropolis Entertainment and Electric Entertainment.

Peter Fleischmann was a German film director, screenwriter and producer. He worked also as an actor, cutter, sound engineer, interviewer and speaker. Fleischmann belonged to the New German Cinema of the 1960s and 1970s. He is known for directing the 1969 Jagdszenen aus Niederbayern, but he produced films of many genres. 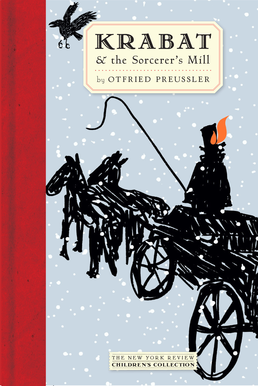 Krabat is a 1971 fantasy novel about the eponymous Sorbian folk hero, written by Otfried Preußler. The book deals primarily with black magic and the lure of evil. Other themes include friendship, love, and death. It won the Deutscher Jugendliteraturpreis in 1972.

Toby Emmerich, is an American producer, film executive, and screenwriter. He has been with Warner Bros. for much of his career, and formerly served as the chairman of the Warner Bros. Pictures Group. 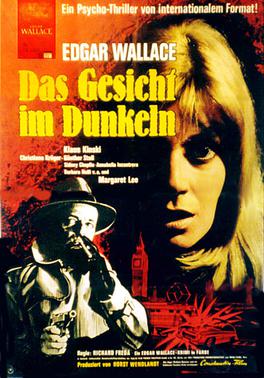 Double Face is a 1969 thriller film directed by Riccardo Freda and starring Klaus Kinski, Christiane Krüger and Annabella Incontrera. It is part of the series of Edgar Wallace adaptations made by Rialto Film. 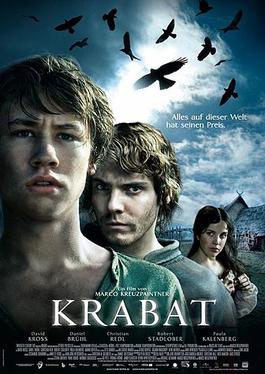 Krabat is a 2008 German fantasy film directed by Marco Kreuzpaintner from a screenplay by Michael Gutmann and Kreuzpaintner, based on Otfried Preußler's 1971 novel of the same name. The plot is about a boy, Krabat, who learns black magic from a sorcerer. A DVD-Video encode of the film is distributed in the United Kingdom as Krabat and the Legend of the Satanic Mill.

Marco Weber is a Los Angeles-based German producer and Entrepreneur responsible for a series of high-profile international productions since the mid-1990s. He is also a co-founder of Vrenetic, which he co-founded with Roland Emmerich.

Josef Rusnak is a German screenwriter and director.

Susanna Fogel is an American director, screenwriter and author, best known for co-writing the 2019 film Booksmart and for co-writing and directing the 2018 action/comedy The Spy Who Dumped Me. Her many accolades include a DGA Award and nominations at the BAFTA Film Awards, the Primetime Emmy Awards and the WGA Awards. 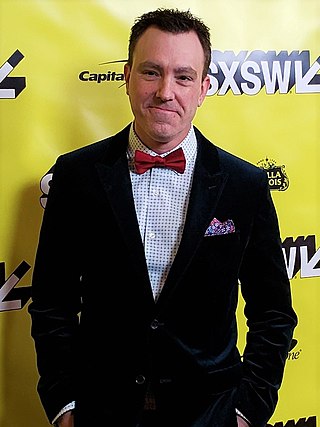 Tobias Iaconis is a German American screenwriter. His writing partner is Mikki Daughtry. He is best known for writing, with Daughtry, the films The Curse of La Llorona (2019), Five Feet Apart (2019) and Nightbooks (2021).

Beat is a German thriller television series, created and directed by Marco Kreuzpaintner, which was first released on Amazon Prime Video on 9 November 2018. After You Are Wanted, it is the second German-language Amazon Original Series. It was awarded a 2019 Grimme-Preis for fiction.

The Last Voyage of the Demeter is an upcoming American supernatural horror film directed by André Øvredal from a screenplay by Bragi F. Schut, Stefan Ruzowitzky, and Zak Olkewicz. It is an adaptation of "The Captain's Log", a chapter from the 1897 Bram Stoker novel Dracula. The film stars Corey Hawkins, Aisling Franciosi, Liam Cunningham, and David Dastmalchian.

The Lazarus Project is a Sky television science fiction action drama series from screenwriter Joe Barton and starring Paapa Essiedu. On 4 August 2022, it was announced that the series had been picked up for a second season.

Spenser Cohen is an American film screenwriter, executive producer, and director best known for his work on Extinction (2018) and Moonfall (2022).

Bodies is an upcoming British crime thriller limited series created by Paul Tomalin based on the novel of the same name by Si Spencer for Netflix. The series will consist of eight episodes.