"Mary Ann," composed by calypsonian Roaring Lion (born name: Rafael de Leon), [1] was popular with steelbands and revelers during a spontaneous Carnival celebration on V-J Day in Trinidad in 1945, at the end of World War II. [2] The song's lyrics alluded to Mary Ann's occupation:

All day, all night, Miss Mary Ann
Down by the seaside, she sifting sand.

Latin bandleader Xavier Cugat recorded a version of "Mary Ann" in the late 1940s. During the 1956-57 American calypso craze, the Easy Riders, Burl Ives and other interpreters of folk music further popularized the calypso, generally under the title of "Marianne". [2] Harry Belafonte recorded the song on at least three albums. [3] The song continued to be a favorite with steel bands and calypso entertainers at Caribbean tourist hotels for many years.

Trini Lopez included "Marianne" on his album Trini Lopez at PJ's on Reprise Records RS-6093 as part of a medley with "Gotta Travel On", "Down by the Riverside", "When the Saints Go Marching In", and "Volare".

In Ian Fleming's 1958 James Bond novel Dr. No , Honeychile Rider whistles Marion [sic] on a beach in Jamaica and Bond joins in singing a couple of lines. Fleming implies that the original calypso was racier and had been 'cleaned up' in the contemporaneous popular recording. The lines he quotes are:

The last two lines are not in the Terry Gilkinson version.

Allan Sherman sang about Cary Grant based on this song which went as follows (from Shticks of one Kind and Half Dozen of Another):

In the nudie-cartoon anthology Sex to Sexty , which included "Balled-Up Ballads"—popular tunes with racy lyrics—the following lines were written for "Marianne":

Calypso is a style of Afro-Caribbean music that originated in Trinidad and Tobago during the early to mid-19th century and spread to the rest of the Caribbean Antilles and Venezuela by the mid-20th century. Its rhythms can be traced back to West African Kaiso and the arrival of French planters and their slaves from the French Antilles in the 18th century. 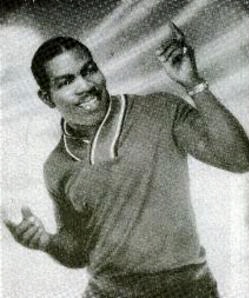 Lord Melody was a popular Trinidadian calypsonian, best known for singles such as "Boo Boo Man", "Creature From The Black Lagoon", "Shame & Scandal", "Jonah and the Bake", "Juanita", and "Rastaman Be Careful". Melody's career spanned forty years, from the beginnings of popular calypso music to his embrace of the more dance oriented Soca style by the late 1970s.

"Rum and Coca-Cola" is a popular calypso song composed by Lionel Belasco with lyrics by Lord Invader. The song was copyrighted in the United States by entertainer Morey Amsterdam and was a hit in 1945 for the Andrews Sisters.

Terry Gilkyson was an American folk singer, composer, and lyricist.

"Memories Are Made of This" is a popular song about nostalgia written by Terry Gilkyson, Richard Dehr, and Frank Miller in 1955. 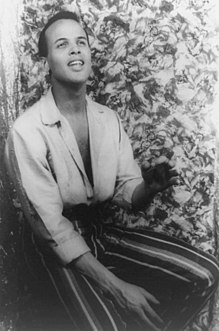 "Day-O " is a traditional Jamaican folk song. The song has mento influences, but it is commonly classified as an example of the better known calypso music.

Roaring Lion was a Trinidadian calypsonian. His 65-year career began in the early 1930s and he is best known for his compositions "Ugly Woman" (1933), "Mary Ann" and "Netty, Netty", which are still performed today. The song "If You Wanna Be Happy", which hit number one on the Billboard Hot 100 on 18 May 1963, as well as the R&B singles chart, is based on Roaring Lion's "Ugly Woman".

Marianne is the personification of Liberty and Reason that is a national emblem and symbol of France.

"Mary's Boy Child" is a 1956 Christmas song, written by Jester Hairston. It is widely performed as a Christmas carol. 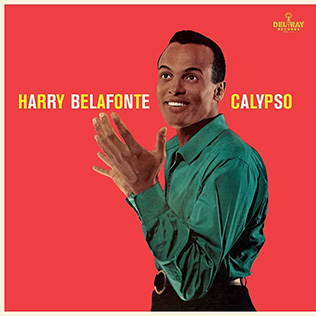 Calypso is the third studio album by recording artist Harry Belafonte, released by RCA Victor (LPM-1248) in 1956. The album became his second consecutive number-one album on the Billboard Top Pop Albums chart, where it peaked for 31 weeks. Calypso was the first LP record album to sell over one million copies.

The Calypso Monarch contest is one of the two major annual calypso competitions held in Trinidad as part of the annual carnival celebrations.

"Choucoune" is a 19th-century Haitian song composed by Michel Mauléart Monton with lyrics from a poem by Oswald Durand. It was rewritten with English lyrics in the 20th century as "Yellow Bird". Exotica musician Arthur Lyman made the song a hit in 1961.

The Easy Riders were an American folk music band, that operated from 1956 to 1959, consisting of Terry Gilkyson, Richard Dehr, and Frank Miller. Their career was guided by Mitch Miller, who had them under contract for Columbia Records.

Mary Ann or Maryann or Mary Anne may refer to:

"Jumbie Jamberee" is a calypso song credited to Conrad Eugene Mauge, Jr. In 1953 Lord Intruder released the song as the B-side to "Disaster With Police". The song is also known as "Zombie Jamboree" and "Back to Back". The introduction to the Kingston Trio's version humorously credits "Lord Invader and his Twelve Penetrators" with authorship of the song instead of Lord Intruder.

"Ballad of Easy Rider" is a song written by Roger McGuinn, with input from Bob Dylan, for the 1969 film, Easy Rider. The song was initially released in August 1969 on the Easy Rider soundtrack album as a Roger McGuinn solo performance. It was later issued in an alternate version as a single by McGuinn's band the Byrds on October 1, 1969. The Byrds' single reached number 65 on the Billboard Hot 100 and was issued in most international territories, although it was not released in the United Kingdom.

Irving Louis Burgie, sometimes known professionally as Lord Burgess, was an American musician and songwriter, regarded as one of the greatest composers of Caribbean music. He composed 34 songs for Harry Belafonte, including eight of the 11 songs on the Belafonte album Calypso (1956), the first album of any kind to sell one million copies. Burgie also wrote the lyrics of the National Anthem of Barbados. To date, songs penned by Irving Burgie have sold more than 100 million copies worldwide.